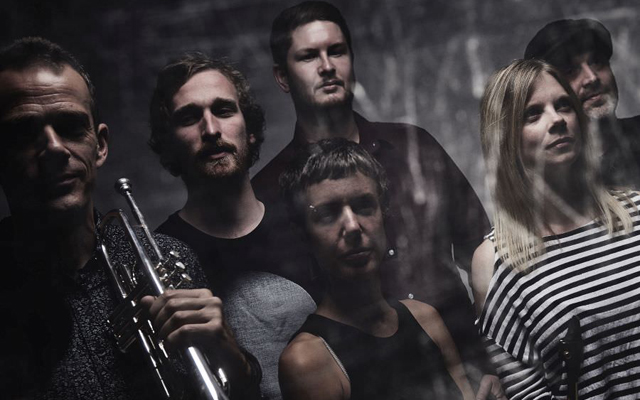 Dakhla Brass is a remarkable British band whose sound world has prismatic echoes of a New Orleans Second Line refracting the whole tradition born of Lester Bowie’s Brass Fantasy right down to the hypnotic world of (for instance) GoGo Penguin. Of course, their music emerges from a miasma that is ever more wondrous, prompting Jamie Cullum (who introduced them at a performance in London not too long ago) as a “jazz, punk, brass, Balkan Bach band”. And while that might sound like quite an over-cooked hodge-podge that plays to the gallery of the dreaded ennui of “world-music”, the reality is more fascinating and the album Murmur is a masterpiece of infinite subtlety. 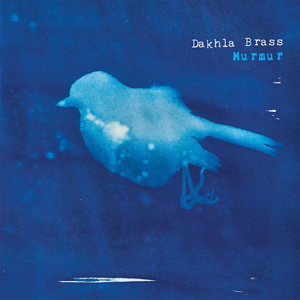 Dakhla Brass’ take on a soundscape is cool and spacey, yet burbling with dancing polkas and marching rhythms swirling in a thick soup of brass and woodwind tones from instruments that float benignly over the thump of Risan Vosloo’s contrabass and depth bombs from drums and percussion of Matt Brown, occasionally redolent of vibraphone and marxophone, a fretless zither played via a system of metal hammers. It features two octaves of double melody strings in the key of C major (middle C to C”). All of this adds a rich and not entirely predictable harmonic foundation to the music. Often this lurks in the darker colours of the instruments’ tonal spectrum which is something on display on the magnificent “Zenith and Nadir” as well as “Heartache and Loneliness”.

Pete Judge’s trumpet and Liam Treasure’s trombone are also entwined in the mists of Sophie Stockham’s alto saxophone, egged on by the bellowing of Charlotte Ostafew’s baritone saxophone. The surprises, when they come, are magical and effective, yet discreet: a gamelan-like riff here and there is played with pizzicato harmonics, a delicate curlicue of a bass line underpins what sounds like a Gaelic lament and a close-knit passage develops from a single phrase. The recorded sound balances detail with warmth, which leaves one dying for more from this ensemble.