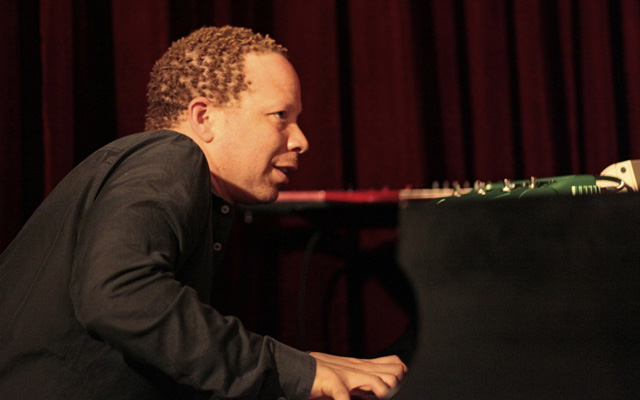 Ghosts indeed. If at all they exist, then this excellent album by Craig Taborn both conjures them up and exorcises them. Its music is composed and improvised and if the former does the conjuring, the latter certainly does the exorcising. But to describe Daylight Ghosts as such might give the impression of overcooking when in fact the whole project is a masterpiece of subtlety.

Craig Taborn’s take on the lineage of modern pianism is cool, spacey and – despite the chordal and, at times, linear movement – is less than conventional and sees him often summoning almost whispered tones from his instrument which float benignly by interwoven into the sound of saxophone or clarinet, bass and drums. 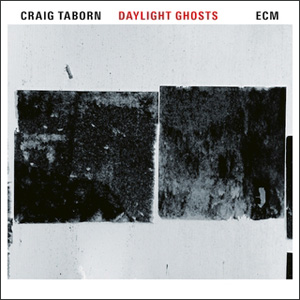 That ensemble of instrumentation adds a rich harmonic foundation to the music.

The surprises, when they come, are effective but discreet: an ululating, gamelan-like riff is played as pizzicato harmonics by Chris Speed, a delicate curlicue of a bass line by Chris Lightcap elsewhere, underlines what sounds like a Gaelic lament. Later, on “Subtle Living Equations”, a close-knit ensemble passage develops from a single phrase.

Through it all Craig Taborn plays with elegance and a style that remains deceptive, his limpid, euphonious tone artfully leavening his logical, but nonetheless oblique and unpredictable melodic thinking as he seems to get inside the music. Taborn is always guided by experiment and experience, always with emphasis on the former. On “Daylight Ghosts” he plays to the group’s core strengths.

Although the repertoire is geared to the group dynamic, Chris Speed often emerges as a featured attraction and on clarinet he combines the tantalising tone of a snake-charmer with the attack of the snake itself. But Craig Taborn’s luminous sound both on piano and electronics is the prism not only for Speed’s playing through but for Lightcap’s often steely bass and Dave King’s percussion colouring too.

Song titles such as “The Shining One”, “New Gory” and “Phantom Ratio”, more than providing an eerie dimension to the album are clues to the creative stimuli at work in the studio. Its edgy music for troubled times.