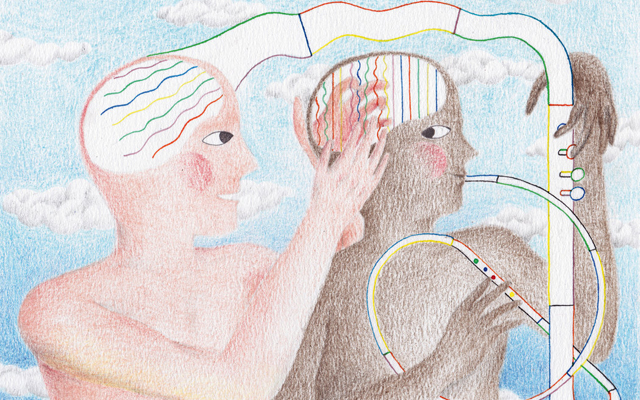 All the talk of how music moves the very soul (guilty as charged) obviates the fact that to get there it must trigger the enzymes and chemicals that fire up the neurons that are send burning impulses through our bodies, which dissipate in the smoke which is what surreptitiously occupies the soul. Johnny Green, Edward Heyman, Robert Sour and Frank Eyton wrote their famous standard about it, but the lyrics don’t even begin to describe the process. But somehow the iconic instrumental version played by Coleman Hawkins in the early 1950s does. The heartbreaking version needed no lyrics to help secrete whatever the brain must to touch is in body and soul. It was simply the manner in which notes were intoned and the sequence in which they were played that created the best conditions for fission to occur in the cranium. Hawkins felt it when he was playing it. So did Monk, when he felt and played his version. But it is not just about ‘Body and Soul’.

The bebop of Charlie Parker creates the same atomic reaction, even today, so does the transcendent orchestral music of Charles Mingus, the galactic explorations of John Coltrane, the raw energy of Albert Ayler’s and Cecil Taylor’s free improvisations – the so-called ‘classical music’ of America. But why only restrict that to America? Why not Europe and Asia, Africa and ultimately the whole world as we know it? But the brain can only react to what it hears through the sensations – taste, hearing, etc. None of this has any meaning if it’s not related to social experience, which is why there is no one way to express music. This, in turn, is why the same brain can happily explode though it might hear different musics no matter what form it is delivered in. Form is social experience solidified. That is the attraction of every music from classical to Jazz (or #BAM) bebop to free improvisation, and indeed music, literature, painting, sculpture, pottery and so on. What the ears hear and what the eyes see triggers the atomic reaction that pleases us, body and soul. The intellectual and the visceral go hand in hand.

More music which does just that to the brain: Chat Noir and Magnet Animals, with Nine Thoughts for One Word and Butterfly Killer respectively. But neither could be more different from the other. 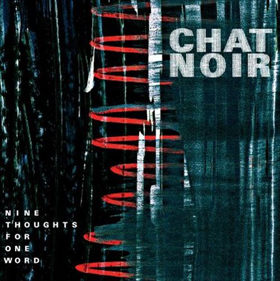 Music that breathes may be a suggestion in this Chat Noir release. The music is lyrical rather than monumental and you are struck by its warmth and humanity as well as a communicative ardour that becomes more pronounced as the repertoire progresses. Its evocative brilliance is announced in the tonal colours and variety of interpretative insight that each musician brings to the table. You might be fooled into thinking, however, that no one piece of music is dominant here and that evenness has its benefits when you listen to the entire album without interruptions. Upon second hearing, however, it turns out that the musical conundrum of ‘Blinking Neon’ is not only intellectually affecting, but also elicits a rather more visceral effect on said brain. But it will take many more hearings to find out two things: what is the ‘One Word’ in question? And why are there eight tracks when there are in fact ‘Nine Thoughts’? Lost in translation, as one would say? Or perhaps in the ephemeral nature of the music? For whatever reason this could be, Chat Noir is not saying here at least. 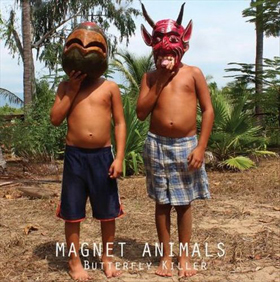 The massive and unswerving authority of the two guitarists whose ferocious voicings find resonance in contrapuntal lines that are entwined in a thrilling, interminable dance, offset throughout by the distant drone of the vocals is something to behold. There is a feeling that sonically the quartet might have been imprinted by the legacy of the Jimi Hendrix Experience. The manner in which the vocals and instruments have been engineered and mixed certainly suggests this right down to the obtrusive action clatter. Although there are times when the slow passages make for a certain hypnosis that is uncharacteristic of the rest of the recording, the group’s connecting of the melodic dots that leap from one register to the next while also paying equal attention to the sudden hairpin bends in the music reveals a tuneful subtext that’s not often perceived in music of this nature. Also palpable is how the music bristles with wit and light-fingered transparency from time to time, and in ‘Bill Burroughs’, with ferocity and steel-edged bravura, all of which is captured in a vividly detailed recording.