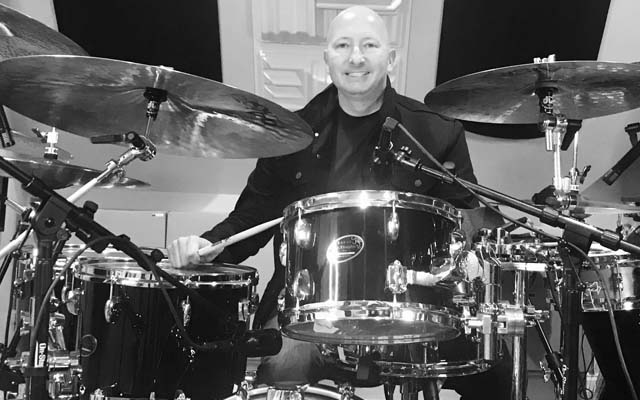 As a follow-up to his 2017 debut album, Brian Hudson has put out a new extended play entitled Ahaya. The name suggests a reference to the ancient Hebraic name [derived, it would seem, from the ancient Phoenician Paleo-Hebrew word “Ayah”] revealed to Moses in the book of Exodus in answer to his bold question: “Who are you?”. This reference might reveal Mr Hudson’s affinity for Judeo-Christian imagery in this music, which is co-written with Randy Hoexter. But if you are expecting either a Holy Rollin’ or otherwise Gospel-like infusion you may have guessed wrong. Mr Hudson’s playing comes rather from a spirit-world. Or, to be more clear, his music is evocative of a kind of spiritual immersion and this is what makes it quite unique – most especially for a drummer who plays a drum set in no-nonsense style completely eschewing any kind of stylistic posturing, 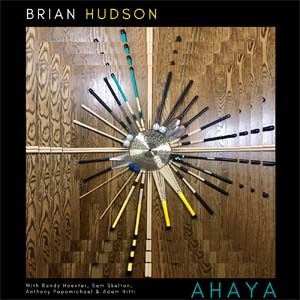 What makes the music even more remarkable – and utterly beguiling – is that it is propelled as if by liquid nitrogen, which gives it a continuous momentum, thundering ever onward, as if from a distant place somewhere in infinity, piercing the planet earth on its way back into the infinity from whence it came. Also remarkable is that this ensemble – comprising Mr Hudson, bassist Adam Nitti, guitarist Anthony Papamichael and producer and keyboards player Hoexter completely avoid the kind of commercial “space age” music that you may expect from the three titles and themes on this recording. So expect the unexpected throughout…

On the contrary “Luna Sea” evokes a diaphanous shroud enveloping the mythical Roman goddess of that name. It takes the listener on a path across a breathtaking expanse by its exquisitely suggestive melody, harmony and hypnotic rhythm. “Caladesi” may be something resembling the balmy place in Florida that beckons, but the music exhorts the listener to join the ensemble on a spiritual adventure in seemingly another world altogether. The natural culmination of this adventure comes to a close on the finale – the “Spirit Run”. This closing track may evoke a kind of celestial landing, perhaps, but only to prepare the listener for much more powerful, cinematic music from these musicians, evocative of the infinite nature of The Great Spirit.