The mountain top in almost all civilisations – ancient and later – has been the abode of power; the resting place of the gods of ancient times. It was the abode of Zeus for the Greek, Odin to the Norse, Yahweh, called God by the Hebrews… God to others who came thereafter, Brahma to the Hindus and Allah, to the Moslems. It’s no secret why this is so. The mountain top has always been the highest point – closest to the heavens, after land appeared at the dawn of creation and God always called from above. Zeus rued from Mount Olympus, as did Odin and more recently, God called Moses to Mount Sinai to give him the tablets of the 10 Commandments that would guide the ethical life of mankind. Throughout history, mountaineers have sought to ascend the summits of the world’s mountain tops. But no one has done so to hear the song of the heavens like the horn player Mulo Francel, who not only ascended some of the world’s most mythical mountain tops, and with a few of his friends, participated in their preternatural sound with questing music of his own on Mountain Melody. 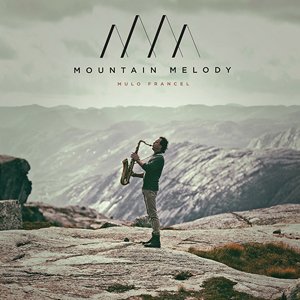 Mulo Francel is not the first musician to seek the summit of the mountain for its music, or to commune with God. Musicians within religious orders from the ancient monks who first codified solfeggio and the religious orders who practiced monophonic chants, through Palestrina, Bach, Handel, Beethoven and others have dedicated lifetimes to the pursuit of spirituality in music. In fact, it was Beethoven who once gave this sage advice to anyone who would give an ear: “Don’t just practice you art,” he opined, “but force your way into its secrets, for it and knowledge can raise men to the Divine.” Many of the world’s great musicians through the ages appear to have taken that advice to heart. Whether it has had the desired effect or not is a moot point. However, it would appear – from the elemental beauty of this repertoire by Mr Francel – that it certainly has brought him as close as he could possibly get with his art, to the portal between his temporal aesthetic and the inherent spirituality of his art.

Mr Francel has always exhibited a penchant for a questing spirituality in his art – whether it is in his exquisite performances with the like-minded pianist Chris Gall, who is also one of his partners in the magnificent group, Quadro Nuevo. His duo albums with Mr Gall have been made with an infinitely more meditative aesthetic. Many years of practicing his craft and “probing its secrets” have, indeed, led Mr Francel and his musical associates to the very doorstep of the Divine on this unique album of thirteen songs, each of which is recorded at a high point or mythical mountain in some of the most beautiful places on earth. The musicians have recorded “The Viking” and “Lofoten Arctic Waters” in Norway. The delicate instrumental colouring of the “Save the Earth” suite has been created with field recordings made atop Mount Sinai, “Olympic Voice” and in the studio, “Rising of Collective Happiness” comes alive with sweet rumble and thunder the atop Mount Olympus, the lyrical “Poet on a Mountain Top” comes from voicings on the Great Wall and the Forbidden City in Beijing, China, and the devotional qualities of “Chant from the Mountain Trail” and “Dance of Stars” are conveyed with a hallucinatory vividness atop Shir Kuh in Iran.

We must also take note of an earlier work “Ikarus’ Dream” in a superb performance by Mr Francel with Quadro Nuevo, Daniel Nodel and Luna Lowka. It is a breathtaking interpretation of the song recorded Kerkis, the highest peak of the East Aegean in memory of the hapless son of Daedalus, whose wing-feathers melted as he approached the sun in a fatally flawed and forbidden quest to approach the gods. It is a moving and virtuosic piece. This is equally true of the rest of the repertoire on this album – passionate accounts from Mr Francel and his inspired group of musicians who attempt to explore a spiritual communion with the Divine. The music – inspired as much by the spiritual chorales of Bach as it is spread between different instruments in the style of Webern whilst often suggesting the evocations of Middle-Eastern Sufis – attempts to form an artist’s vision of the Divine in music that is spectacularly spiritual. The music displays powerful woodwind writing melding in molten percussion and modal harmonies laced with a raw, primitive edge. This is Mulo Francel at his very best.