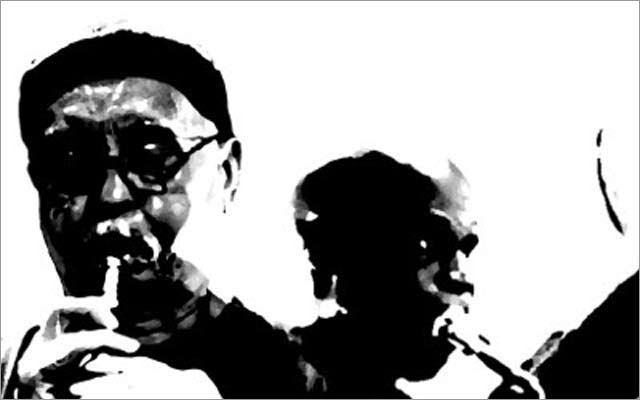 Good music serves one of two purposes: personal gratification or social awareness. Great music invites the listener into the secrets of the soul and raises and changes the level of socio-political consciousness forever. The music of the master reeds player Bill Cole and that of the prince of the low-toned woodwinds and more Joseph Daley has done all of the above with unexpurgated force, consistent clarity and true genius. But every now and again the two musicians produce a recording that makes you want to go out in the streets and hand copies of the recording to complete strangers. Such is the power of Trayvon Martin Suite; a recording not only informed by sublime playing but also one that is superbly recorded. 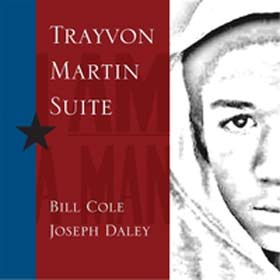 It is true that the subject matter is sombre, even melancholic. But it draws you in like a vortex and yet, even when your immersion is complete, it leaves you wanting more as it dallies tantalisingly in the air. You feel hurt, anger, despair and yes, love as well. And you want to forgive too as the music suggest that a soul has gone to God. And always you feel unburdened by the beauty of the music, which is sad as much as it is cathartic. There is one primary reason for this. Both Bill Cole and Joseph Daley combine a haloed sound with a sense of drama and an unerring instinct for pacing. And both men also combine intellectual acumen with a vivid palette.

The shadowy opening of the suite is a miracle of colouring combined with a sure narrative sense, as if it possessed a text as the music grows in turbulence and menace. Time and again you relive those fateful moments. And time and again you marvel at the confidence and sureness of the playing of Bill Cole and Joseph Daley, combined with the finesse and musicality that they have always displayed. It is the kind of playing, in fact, where comparisons cease to matter. In addition the writing is idiomatic and full of panache. Few pieces of music drive through those opening chords with quite as much conviction.

But balancing that is the sheer variety of nuance in the quiet playing of these musicians, not the least in the slower movements of the suite, with its restrained rhetoric here brought out by a perfectly judged tempo. The finale has that tricky balance of sufficient momentum, gravitas and also a sense of shock, awe and wonder. In the hands of Bill Cole and Joseph Daley, the symphonic range of thinking is raptly caught, as is the ambiguity and changeability of mood, together with the twisting shifts of balance and key: how very un-C major this piece is.

The last segment of the suite deserves special mention. Not only is it extraordinarily daring, but it is also full of intellectual abstractions. Bill Cole and Joseph Daley are particularly impressive here in driving the abstractions of that movement into the concrete realm, so that the listener can experience them with palpable fear and loathing. And then there is the upward draught with which the movement ends. Here, Bill Cole and Joseph Daley fabricate an ending that is wispy and magical. It also bears mention that while the material is so utterly socially relevant the musicians soar up there with the great pantheon of ancestors who begat them. And I mean Miles Davis, John Coltrane, and Eric Dolphy among a host of others.

Track List: Introduction (Bill Sampson); My Son is Your Son; Evening Passage to the Store; Stalking Nightmare; Stand my Gorund; Desecration of Life, Liberty and the Pursuit of Happiness; Closing (Bill Cole)

Bill Cole is an American jazz musician, composer, educator and author. An admired innovator, Cole successfully combines the sounds of untampered instruments with an American art form – jazz. Cole specializes in non-Western wind instruments, especially double reed horns: including Chinese sonas, Korean hojok and piri; Indian nagaswaram and shenai and Tibetan trumpet; as well as the Australian digeridoo and Ghanaian flute. Cole is the leader of the Untempered Ensemble, a group he founded in 1992. Read more…

After nearly 40 years of recognition as one of the consummate sidemen on the adventurous music scene Joseph Daley stunned musicians and fans alike with his brilliant CD, The Seven Deadly Sins. The album was released in 2011. It received rave reviews and made several Best of 2011 lists. In addition to writing and producing his own music, Joseph Daley has also recorded with remarkable artists like Sam Rivers, Carla Bley, Gil Evans, Charlie Haden, Taj Mahal and so many more. Read more…