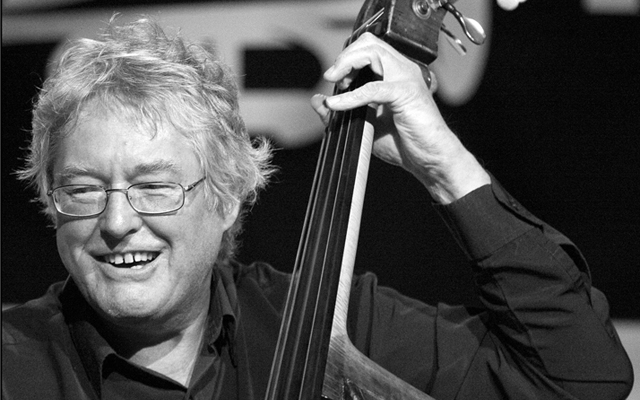 The contrabass, while not necessarily the domain of men anymore is still something of a macho instrument. At the very least it comes with sinewy connotations just by virtue of its size. In the hands of Arild Andersen, however, this instrument takes on another dimension; it starts to sing. On In-House Science he appears to share this function with tenor saxophonist Tommy Smith, who also vocalises his lines beautifully. But because this is a small (trio) ensemble Mr Andersen’s voice soars unfettered. The result is a magical magic-carpet of music woven from just six beautiful songs by Mr Anderson, drummer Paolo Vinaccia and Mr Smith. 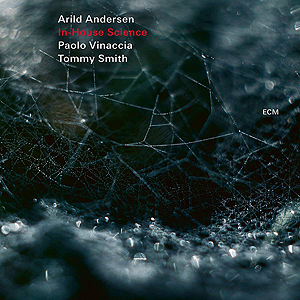 The fluid conversational and singing style of these accomplished musicians who seem to connect inside the music telepathically enables them to provide in especially realistic and vivid projections of the music, whether created as narratives, portraits, impressionistic landscapes or even an only partially-concealed “Blues”. After just moments of suspenseful quietude that lasts barely a bar and a half, we get an explosive propulsion in “Mira”, loping magic – complete with individual sleight-of-hand on the part of each of the musicians – on “Science”, projected with superb rhetoric by Mr Andersen and exquisite tenderness by the saxophonist. There is also a smidge of bitterness in “Blussy” and the atmospherics of “North of the North Wind” remind listeners that Mr Andersen sings of Norwegian vistas, encapsulating all that is alluringly desolate as well as fascinating and mesmerizing about a place where the sun and the sky appears to kiss the sea.

Throughout this repertoire the trio sound poised and rhapsodic. And in Mr Andersen’s remarkable singing sound we hear his naked musicianship far beyond style and posture. As with all the music he has performed and recorded in the studio and on stage (as this one is) Mr Andersen the full stature of this music. At its heart lies “Science” and “In-House”, the music that connects the dots with titanic momentum. And it pays off in an outpouring of effervescent joy.