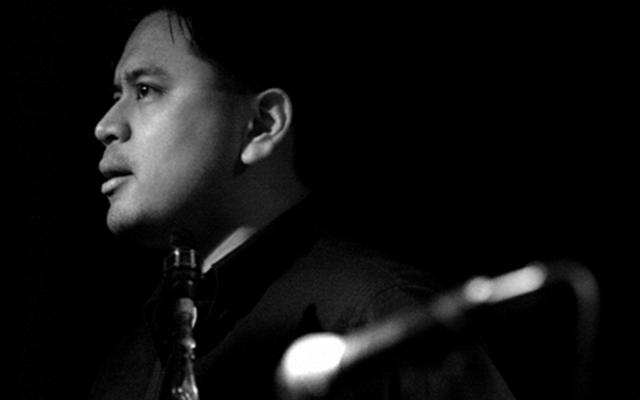 Anyone listening to the music of Mostly Other People Do The Killing will immediately recognize the earthy tone of the tenor saxophone played Jon Irabagon. His is a voice seemingly ideally matched to the instrument’s raw timbre. With an exuberant voice Mr Irabagon’s music has acquired a brash energy, and he has embraced the harsh sonorities of his instrument by playing it with aggressive reediness and expressionism reminiscent of the iconic players from the 1960’s avant-garde. Mr Irabagon also employs sound effects that enhance the instrument’s repertoire, with squeals, squeaks, New York wails and throttled slate-pencil noises. 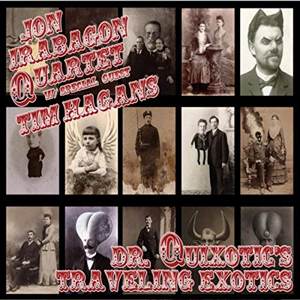 And yet, often the charm of his music is hauntingly showcased by an ethereal tone, employed to sculpt long, diaphanous lines in which phrases may be repeated, often with nuanced differences in dynamic and expression to change the sound-world of the music that is being heard. This is the case with his sixth release on (his) Irabbagast imprint entitled Dr. Quixotic’s Traveling Exotics. The title itself should be a dead giveaway not only for the saxophone gymnastics that follow from the bell of Mr Irabagon’s saxophone. But Mr Irabagon is too much of a chameleon to let things lie just like that. This music jumps from the salubrious and near-atmospheric to wild improvisations in odd metres and keys that leave one guessing as to how Mr Irabagon and the rest of the musicians are going to make a particular song – propelled by intense rippling and fluttering – work out in the end.

Take the medley “Emotional Physics/The Things”, for instance. The melody leaps in wild parabola proceeding at a gallop as dense parallel harmonies played by pianist Luis Perdomo compete in antiphony with the tenor saxophone played by Mr Irabagon. On “You Own Your Own” (the title itself is a maddening one) Mr Irabagon continues the same line of attack with a seemingly wayward conversation, this time with the angular attack by trumpeter Tim Hagans (contrast that with the elegaic quietude of their playing on “Pretty Like North Dakota”). Later in the repertoire, as Mr Irabagon gives a distinct personality to each of his works there are stretches when tempos converge and the expressive differences between the musicians make for creative blurring of harmony.

What seems to energise each of the musicians is the angular counterpoint. In “The Bo’Ness Monster” interweaving lines often seem to be held at arm’s length by each of the musicians. However, the detached emotionality is quickly ditched and the harmonic lines converge driven by the rigors of virtuosity and architectural acuity on the part of Mr Irabagon and the musicians whom he leads seemingly into harm’s way. None of this music is what one might call “easy nuts to crack”. However, Mr Irabagon, Mr Hagans, Mr Perdomo as well as bassist Yasushi Nakamura and drummer Rudy Royston’s insightful colours have the measure of their mad fantasy.

Track list – 1: The Demon Barber of Fleet Week; 2: Emotional Physics/The Things; 3: You Own Your Own; 4: The Bo’Ness Monster; 5: Pretty Like North Dakota; 6: Taipei Personality