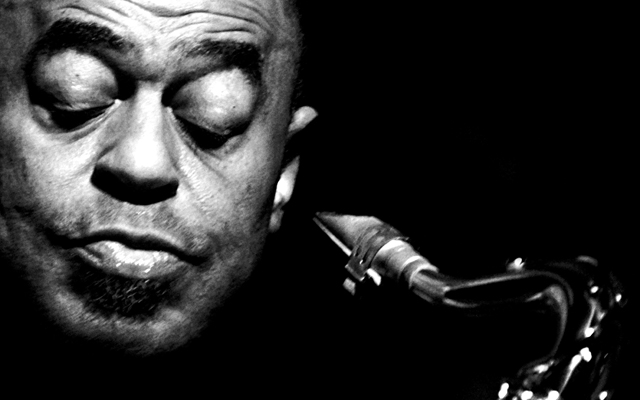 In 1972 Archie Shepp, the great tenor saxophonist and disciple of all things as deep into the tradition as they are new created a phenomenal tribute to Soledad Brother, George Jackson, after he was murdered by police in an alleged escape attempt from Soledad Prison. The album, Attica Blues was a musical cry for freedom from discrimination as it was a cry for human rights for the lesser privileged—especially the African American—in a country that purported to uphold Human Rights while discriminating against its own. Like most committed palimpsests, the album was critically acclaimed, but soon passed like a ship in the night. Forgotten was the music as was George and Jonathan Jackson; forgotten was and is Angela Davis; forgotten was the reason why the prison riots in Soledad and Attica arose in the first place, because guess who write world history? 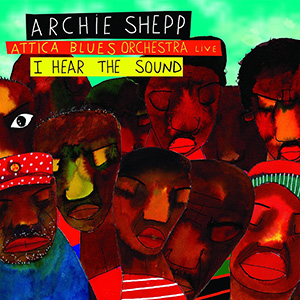 But Mr. Shepp never forgot. Forty three years the saxophonist and writer remains one of the most committed musicians along with a handful of others—Don Byron and Warren Smith, to name just two others. This time, Mr. Shepp put together a big blues band, Attica Blues Orchestra in order to recreate (Attica Blues) with music from that album as well as from two other fine records, The Cry of My People and Mama Too Tight. Those albums showcased Mr. Shepp’s deep commitment to African-American social issues as well as his great proclivity for African music, played from the vantage point of someone who always remained in the avant-garde of contemporary music despite being deeply devoted to the blues and African-American musical traditions. And so, doing it his way, comes Archie Shepp and Attica Blues Orchestra’s I Hear the Sound

Throughout the album there is a sense of being haunted by the past history, especially in charts such as “Attica Blues,” which is filled with forbidden brotherhood and a simple feeling for loss of human dignity as those in prison felt then and sometimes still feel now. This is intoned in the soaring vocal and the rhythm that mimics the phrase Tempis Fugit. It is also sung in the interminable search for purer intonation by the burgeoning tenor of Mr. Shepp, a saxophonist who has always been focused on achieving a singular voice produced by a mighty gush of hot, moist air through the reed of his woodwind instruments. His lines are flat and menacing, enraptured in the foreboding of the plight of people deprived of the feeling of freedom. “Attica Blues” is part of a suite that continues through “Arms,” with its obvious reference to what had to be done then to raise awareness of that human condition, and through “Blues for Brother G. Jackson” not simply reprised from earlier repertoire, but renewed with wonderful arrangements featuring woodwinds, brass and strings as well. The suite might be considered to continue through the great triumph of worship via Duke Ellington’s “Come Sunday,” a stellar piece from his Black, Brown and Beige album.

Art and artists have always been belaboured by the mistaken belief that to be committed is to contaminate a work of art. This could not be further away from the truth and has been proved over and over again by Mr. Shepp as well as by musicians from Ludwig van Beethoven to Ornette Coleman. Archie Shepp’s “The Cry Of My People” raises its myriad voices up in both despair—in its opening choruses—and triumph as the musicians bring the music to a triumphant close. One of Mr. Shepp’s great strengths as an instrumentalist is his ability to produce great emotion from his instrument; in addition to being a virtuoso. As a result his performances on “Goodbye Sweet Pops” and “Ballad For A Child” feature exceptional playing on tenor. Mr. Shepp’s voice displays all of the sophisticated colours and hues that can be heard in a mighty aria, even one sung by a celebrated tenor such as Placido Domingo. “Steam” was once recorded on one of Mr. Shepp’s magnificent records of the same name—a live album Steam (ENJA) made in Nurnberg in 1976—is based on a poem written by Mr. Shepp himself, and “Mama Too Tight” is also from the album of the same name—Mama Too Tight—(Impulse, 1966), a seminal recording featuring Charlie Haden, Grachan Monchur III, Roswell Rudd, a very young Howard Johnson and the great Beaver Harris. The song here is turned into a rousing celebration and helps close this magnificent live recording by an orchestra well-conducted by an old ally of Mr. Shepp: the trumpeter, composer and arranger, Jimmy Owens, all of which contributes to making this album easily one of the best this year or the next.