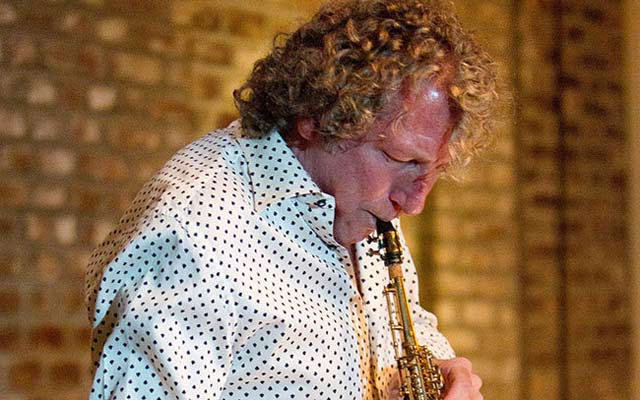 This work, the last to be recorded by the ineffable Bob Belden, might – in another world – qualify as his finest; a definitive piece of music that will make him truly missed every time it is heard. As it stands, this complex musical work, complete with an elaborate narrative recited by Kurt Elling, fits a sort of modern day musical scientific-fantasy in much the same way as Arthur C. Clarke’s 2001: A Space Odyssey. I use the words “scientific fantasy” unlike the commonly accepted term “science fiction” because it is not the latter; rather it is a meditation on the rise of the art of machinery and its built in quasi-intelligence that seems to have begun to take on a life of its own. Or so the story goes… 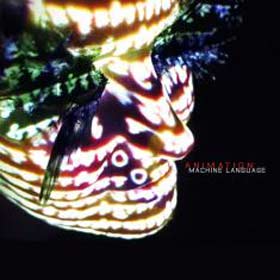 Setting that story to music took not only great skill on the part of Bob Belden because he had to avoid the cliché that present themselves as necessary obstacles to writing music about this theme. There are probably few musicians better qualified to handle a hypothesis of this outsize scope – both in terms of music and lyrics. After all Bob Belden had built a sizeable output since his early days as a composer and at the outset of Animation, the engine that drives this mammoth composition. This disc, then, confirms no mean artistry within the realm of extended compositions. It would seem that Machine Language takes its inspiration from inventors such as Da Vinci and Charles Babbage and other obvious innovators. Here Mr. Belden’s art would seem both romantic and lyrical, yet the writing is of a technical and expressive range indicating a wider knowledge of thinking from the Renaissance to the 21st century.

These musician arabesques are beguiling and beckoning and it is impossible to listen to the music just once – not only because like the skin of an onion, each peel reveals new meaning – the complex plot and its subtexts draw the listener in to its inner worlds. “Eternality” and “Evolved Virtual Entity” are just two such examples. The former reveals Bob Belden’s incisive rhythmic agility while the latter has an accelerating harmonic intensity while “The Evolution of Machine Culture” concludes the cycle with its deftly propelled momentum. Here, as everywhere else on the disc, this incarnation of Animation is equal to the challenge of the music’s formidable demands.

Together these twelve pieces embody the composer’s responses to aspects of the natural and the manufactured brain; the intellect, intelligence as well as the imagination and intuition. The battle between the two entities is reconstructed through a series of passages each a maelstrom of vibrant energy while the instrumentalists engage in an airy interplay of capricious motifs evoking the vaulted ceilings of the palace of the (musicians’) mind in waves of headily ascending figuration. Bob Belden and Animation display a thoughtful brand of virtuosity, more pleasing as it is conveyed by a recorded sound that fills the room with majestic sound.

Animation is the band originally founded in 1998 by multiple Grammy winner Bob Belden and Tim Hagans, which over the years featured musicians of the caliber of Scott Kinsey (of TribalTech), Matt Garrison, KJ Sawka (now with Pendulum), DJ Logic, Guy Licata (of Method of Defiance) and several others. At the root of Animation’s sound is a sophisticated layering of hard bop and drum’n’bass. The current and most radical lineup has coalesced around Bob Belden on sax, Peter Clagett on trumpet, Jacob Smith on bass, Roberto Verastegui on keyboards + samplers and Matt Young on drums. Read more…