Anyone who has listened to music produced on the RareNoiseRecords imprint and who is not an instant convert to what comes from its world is deluding himself. The label excels in the art of the beguiling. Productions are superbly captured. Album covers are provocative to say the least. And the music… to call it genre-bending would be to put it mildly. Cultures collide. And the battleground is the United Kingdom.

I had been reviewing the music from this label since 2013, been a fan for a label for a lot longer. Together with Martin Davidson’s EMANEM – also British – and only a few other European labels, mostly Swiss, RareNoiseRecords has been pushing the envelope, searing its edges and setting musical forest fires wherever the music is heard. Its music that you would least expect to hear. Guerilla music. Music that forces you to think, but also music with heart.

None of this would have been possible were it not for the men who facilitate it. Musician and producer Eraldo Bernocchi in partnership with a polymath producer who also likes to call himself an all-round music nut Giacomo Bruzzo. I don’t like doing interviews about/with musicians/about music. It defeats the purpose and obviates the necessity of listening to and writing about the music, but something told me that I would be missing a whole bag of tricks if I did not interview the ‘musical nut’. I pursued Mr. Bruzzo for this interview like a maniacal zealot via his publicist, Antje Hubner, whom I drove crazy for days, weeks, months… almost a year. Something tells me I was right in doing so and I publish the results of this hot pursuit in a raw, unexpurgated form. 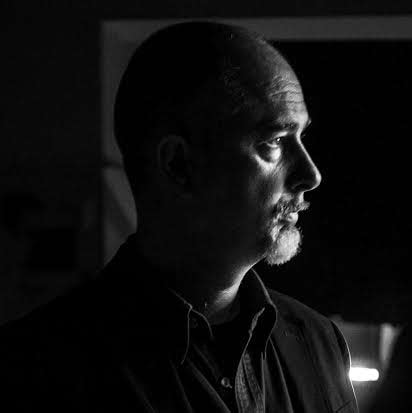 Raul da Gama: Hello Giacomo, I have been a big admirer of RNR and now MOD Technologies too. I have always wanted to be the bird on your shoulder, not the early bird, but the one who sees you make things happen, so thank you for letting me in…

Giacomo Bruzzo: Mr. Da Gama, first allow me to sincerely apologise for the very long time it has taken me to respond to your most welcome questions. As you know, shortly after I received this sheet, Bob Belden passed away. Very difficult times ensued: on the one hand, I had never lost someone I was closely working with, on the other, I had to focus on finalising the release we had been working on for months, Animation’s Machine Language.

By the time a month or more had elapsed, and every practical matter had been dealt with, I found myself unwilling to say anything more to anyone on the matter of his passing, of our multi-year long collaboration, as well as on the subject matter of RareNoise in general. The passing of time though acted as a balm, so here I am: I will have hopefully not exhausted your patience in the process.

Let me therefore start by saying that I will primarily try to provide you with a cogent description of how we approach every project at RareNoise.

As far as MOD Technologies are concerned, editorial choices are firmly in the hands of my business associate Bill Laswell and label manager Yoko Yamabe; while we regularly exchange opinions and brainstorm ideas, curatorial decisions are ultimately up to them.

RdG: When did you know that you were going to have your own label? What prompted you to start? Give me the whole kit and caboodle…

GB My student and successive employment background, starting from the early 90’s cannot be considered a reliable predictor of the career I eventually decided to build for myself. I studied mainly philosophy, economics and mathematics, then pursued a career in asset and risk management. By 2005 I was back in University working on a PhD in pure mathematics.
For a number of reasons I failed to complete my work, and ended in a multi-year limbo, working on scripts and research for a documentary on a number of musicians I had great sympathy for; among these Italian guitarist and sound-sculptor Eraldo Bernocchi, Japanese guitarist Otomo Yoshihide and Bill Laswell.