Home Music Angela O’Neill and the Outrageous8: Light at the End of the Tunnel 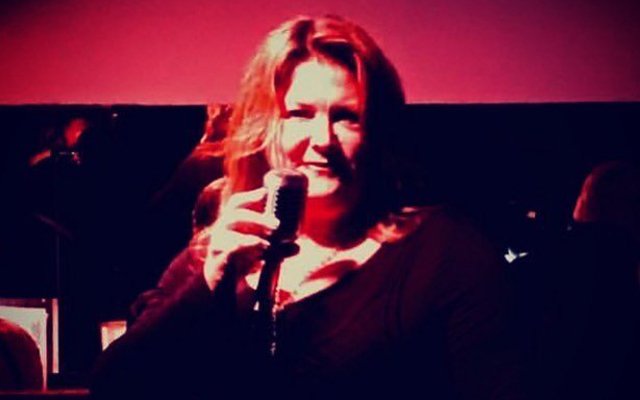 First of all a big band recording in this day and age is something to be applauded. Secondly to have something this well done is something to be celebrated. It takes a very special skill to be able to convey in a single disc the range of moods – joyful, passionate, sensual and tragic – that the composers of these well-known songs evoke in their music, but guided by the gracefully smoky-voiced Angela O’Neill, the musicians of Outrageous8 – her big band – achieve it with spectacular success.

While the atmosphere of introspection hangs around much of the music, reaching its delicious apogee in the spine-tingling anguished noir-like opening of Don Henley, Danny Kortchmar, and Jai Winding’s “New York Minute” in which the tragic circumstances of the character in Mr Henley’s narrative unfold ‘in a New York Minute’. 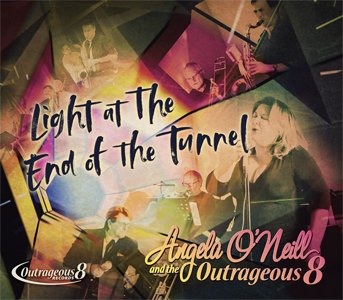 There are also moments of extreme pathos that are reflected in the voice of Miss O’Neill, who does an extraordinary job of telling the story with uncommon empathy in her breathy “chest” voice.

Miss O’Neill has a silken voice, of extraordinary purity, flawless in her intonation, perfectly balanced across her entire range and always singing with effortless composure. As the grief-stricken woman of “Cry Me a River” and star-crossed lover of “When the Sun Comes Out” she is superbly sensitive. Other vocalists bring a refreshing change from the relative shadows of the songs voiced by Miss O’Neill bring considerable warmth and potent dramatic presence with their swinging renditions. Where harmonising voices coalesce with Miss O’Neill’s [lead] voice, the effect is no less dramatic.

It must also be said that these arrangements – by trombonist Harry Smallenburg and pianist Rocky Davis respectively – explore the narratives and emotions of the composers’ intent with extraordinary depth. This enables the instrumentalists to support the dramatic intent of the compositions and the emotional vocalastics of Miss O’Neill to a considerable degree. Vocal production by William BChill Bodine is absolutely marvelous. All of the above, taken together, makes for a pre-eminent, quite irresistible album.