Home Music Andrew Schiller Quintet: Tied Together, Not To The Ground 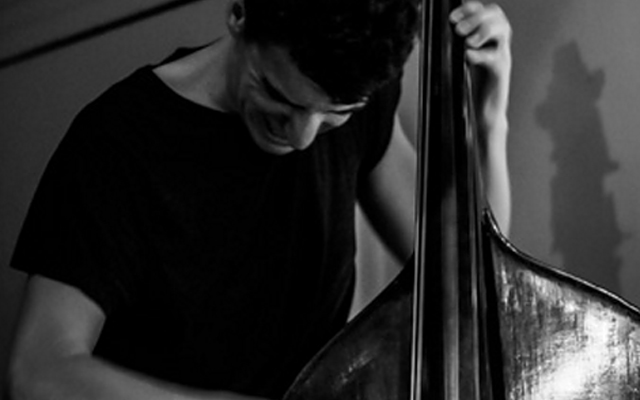 Despite the avowed intention clearly stated in the title of this recording, to be Tied Together, Not To The Ground, Andrew Schiller is nevertheless has not turned his back on the principles – and radiance – of rhythmic, harmonic swinging contemporary music. This is mirrored in the impressionistic musical cloud in which sounds emerge from musical textures just as objects emerge from the must of a canvas. And with two tenor saxophonists (Hery Paz and Alec Harper), a pianist (the ineffably brilliant Frank Carlberg), a contrabassist (Schiller) and drums (Robin Baytas), it’s hard to believe that there are only five players producing the works’ kaleidoscopic range of sounds.

In the end there are really ten vignettes – for in addition to appearing like sonic paintings these songs are formed like short dramatic sketches performed, it would seem, to illustrate what makes Andrew Schiller want to remember what gave him unfettered joy. And although it is difficult 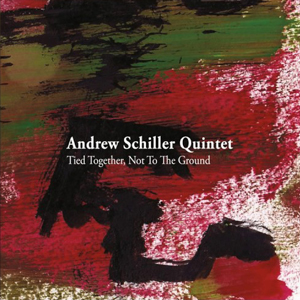 at times to visualise things as the contrabassist would like us to, emotions always seem to run high so that we are compelled to feel excitement and joy (“Go Get ‘Em Tiger”), wonderment (“Tink Tink”), an extreme adrenalin rush (“Gluckschmerz”), and so on.

The music touches upon elements related to the quintessential; that is, what is ethereal in music. Oddly enough this is where Mr Schiller scores his biggest and most direct hits. His ability to capture the most elusive element of ‘spirituality’ is wonderfully present in the second half of the album from “CFBDSIR-2149 (Wandering Planet)” onwards right until the end of the recording. Here, employing tricky melodic motifs and deploying them with superbly performed arco playing, and later in a fascinating display of interaction with Mr Baytas’ drums, the expressive richness in these ten examples of music by Andrew Schiller strikes its most perfect and memorable note.

Each member of the quintet brings something special to these wonderfully arranged pieces. Most remarkable of all is the manner in which Andrew Schiller facilitates the entwining of individual voices. This reaches its peak in the manner in which Hery Paz and Alec Harper approach the melodies each with his distinctive voice that is defined by (their) soli which is then smartly melded into the ensemble by the finest virtuoso means. But this music is far from being clever; each song is, rather, a wonderful example of how a composer’s ideal can come to fruition in the freedom and spontaneity of individual voices in the perfect harmonious machinations of a well-oiled quintet.