Home Music Amok Amor: We Know Not What We Do 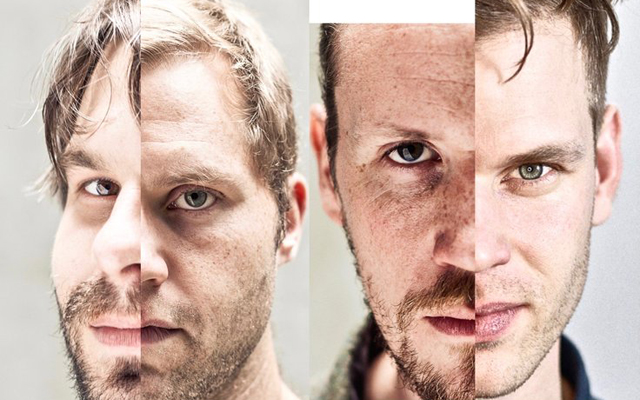 One you get past the smarmy title We Know Not What We Do by the quartet Amok Amor (more irony here too), there’s much visceral energy to be mesmerised by. One of the reasons is, perhaps, the rhythm-heavy music despite the fact that instrumentation is split down the middle by rhythm and melodic/harmonic characters. Despite this the seemingly elongated melancholia of the melodic lines played by Wanja Slavin interwoven with equally manic trumpet of Peter Evans, both often played with militaristic tattooing might account for the momentous forward motion of this music.

The title of the group begs a little more consideration as it seems to define – at least on this album – the kind of biting sardonicism of the music. It seems that the music – always contemporaneous and a mocking reflection of modern times (re: “A Run Through the Neoliberalism”) – is an indictment of both socio-political and artistic aspects of our time. This is borne out by the pointillist melodic invention with which all of the instruments seemingly come together on songs such as “Enbert Amok”. However this is hardly a one off: consider “The New Portal” and its tragi-comic melody 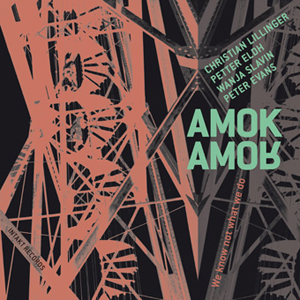 right down to the pseudo-whistling of Mr Slavin’s and (particularly) Mr Evan’s instruments in their particularly Chaplinesque exchanges. Even Petter Eldh and Christian Lillinger seem to thrive as they join their colleagues in the fray.

Lest it seem that one is describing music with an obscure preponderance of an obscure method of visual depiction of music, it bears mention that these four musicians also seem acutely aware of their own sense of time and space. And even their oblique homage to the all-but-forgotten brother of Wayne Shorter in “Alan Shorter” is a reminder that they are also in touch with their ancestral musical lineage. Not long after, on “Jazzfriendship” is a sign that the musicians are also in touch with their quieter inner selves (the ‘amor’ of the title is appositely revealed) as the dyad-like melodic lines of the piece will indicate.

Throughout this short but exciting recording Amok Amor nonchalantly handle every musical challenge, not least the breathtaking improvisations, a canny suggestion of a particularly European new avant-garde style. In pieces teeming with ideas, hyper-modern squeaks and squawks jostle with reminiscences of a kind of born-again lyricism of a very jazzy nature.