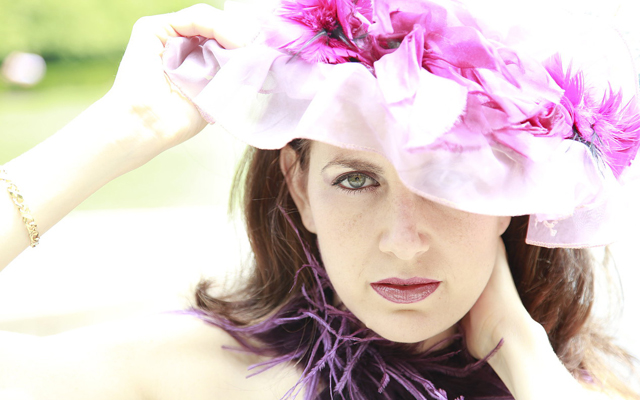 Alexis Cole’s iridescent top notes and delicious tone colouring of a spectrum so daunting is what propelled her to the top of a generation of vocalists. Cole’s resemblance to the sensuous huskiness of Sarah Vaughan and her ability to communicate on so many levels is what sets her apart from virtually everyone singing today. This makes her not simply a perfect fit for the music of Paul Simon, but seemingly the music’s Muse. Of course this isn’t so but it seems hard to think of anyone who could coax so much out of the songs as Alexis Cole as she embraces the music with admirable charm, properly idiomatic singing in a mesmerising contralto, someone who brings real imagination and character to Simon’s deep poetic lyrics and profoundly beautiful tunes. 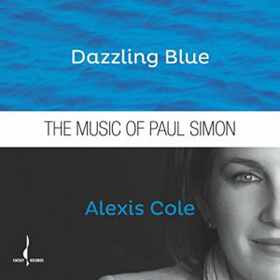 This recording is beautifully atmospheric, growing out darkness into dazzling light, and is most striking in the sense of magic and mystique that Cole brings to each and every tune with a sense of detail that is almost embarrassingly glorious. Her interpretations of Simon’s work will surely make the creator of these magnificent songs blush. The imagination of the performance and the compelling magnificence of the production somehow manages to be taut and lush at the same time. Alexis Cole’s warm account of the narratives shows why she might be considered to be made in the same mould as the great Miss Vaughan. Song after song you will hear Cole’s magnificent vocalastics that turn this music into a set of arias in an extended opera.

Given the nuances of Paul Simon’s work and the relative rarity of this repertoire, the extras are valuable too. The percussion colourists – Jeff Haynes and Gus Courtsunis – show why they make a drumset redundant. Marvin Sewell is sublime on guitar. His playing is as masterful as ever, with a mighty wail and a steady swing when the music demands it. Mark Peterson’s growling bass holds up the bottom of the music with fabulous lines and exquisite tempo. Julie Harris’ flute is magical as are the voices of Maria Quintanilla and Evan Sundquist. All of the above provide illustrations laying bare the haunting nature at the heart of Simon’s richly coloured scores. This makes the instrumental and vocal collaboration particularly creative.

Best of all is the binaural recording that captures the whispering nuances of the music in epic proportions. These kinds of productions make most recordings sound ordinary by comparison. It is also a perfect setting not only for the magical work of Paul Simon but for the utter beauty of Alexis Cole’s musicianship as well.

Track List: St. Judy’s Comet; Jonah; Dazzling Blue; Something So Right; Another Galaxy; Nobody; Song About the Moon; Everything About It is a Love Song; Long, Long Day; Love; That’s Where I Belong; Quiet.