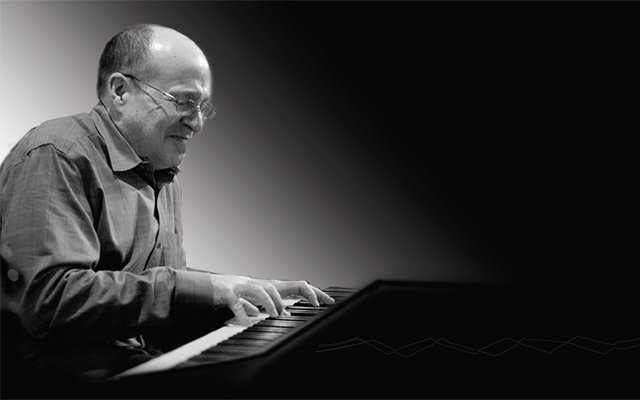 The music of Alan Rosenthal is gorgeously memorable in its quietude. Not for him are melodic lines overflowing with restless torrents of notes; neither is his pianism confined to a biting attack of the keyboard. His trademark can be enjoyed in the repertoire of Elbow Grease by a rather trademark ‘round sound’, a lithe and elegant phrasing that is warm and swinging, ornamented by the tantalising asymmetry of his lines which set off in wrong-footing directions and unexpected turnarounds which, nevertheless, he always seems to land exactly right, each melodic and harmonic sleight of hand with its own fascinating rhythm. 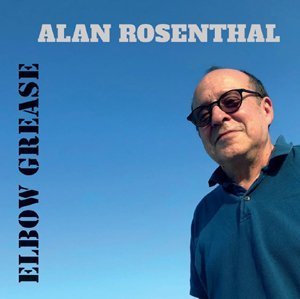 Mr Rosenthal is hardly what most critics refer pianists to (these days) as ‘hard-bop’, which to me is an almost tired and nonsensical term anyway. Rather his pianism thrives in a style that is at once accessible, a tinged with the ‘bluesy’ because of his use of those characteristic piano minor variations, rolled into a soulful, driving beat which when combined with his fiery virtuosity and flexibility, he is able to bend to the will of a multitude of music and dance styles from wherever he decides to visit in his mind. The jiving, deep-southern soulfulness of “Drop Me Here” is particularly affecting, but it is also adventurous and comes with a surprise turnaround especially when the pianist annunciates Latin America inflections on the B side of his lines and phrases.

The adventure continues on “Monk over Marrakesh”, which shows an articulate and dynamic side to his playing as well as his ability to adapt to and deploy the Thelonious Monk changes he ‘hears’ in his head’ without ever parroting the iconic pianist and creating yearning palette of colours without seeming to be overly or sentimentally aspirational towards ‘the blues’ and yet sounding bluesy nevertheless. Mr Rosenthal is a musician who is able to draw the full expressive power both from his instrument as well as from the music he interprets on it. He is articulate in this repertoire, and also expresses himself with a sure sense of phrasing. His performance on “Dexterously” has a gorgeously swinging rhythmic momentum.

He is joined on this excursion by a group of fine musicians – not the least of who is vibraphonist Bill Ware, tenor saxophonist Patience Higgins and trombonist Scott Reeves. Make no mistake, however, being anchored by the likes of bassists Brian Glassman and John Loehrke, and drummers Steve Johns and John Campenni have everything to do with being able to fly off to special places when he solos, knowing well that when he returns the music will still be waiting for him exactly where he left off. Also the work of trumpeter Alan Chaubert and saxophonist Peter Brainin is full of imaginative touches. Overall, this music by Mr Rosenthal is amplified not only by its lyrical heart and wide-ranging tone, but also by the resonance in the recorded sound.