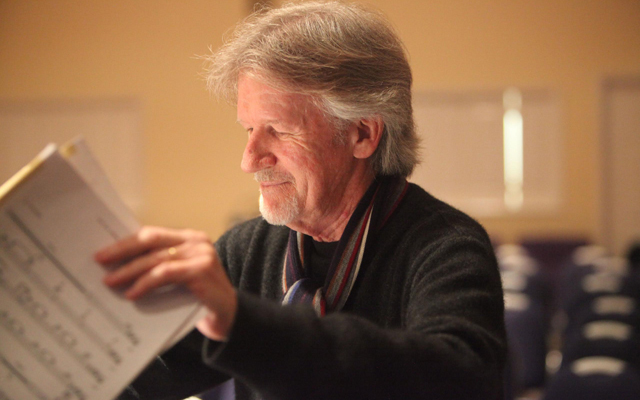 It’s easy to become silly and frothy after listening even once to Developing Story by Alan Broadbent with The London Metropolitan Orchestra with Andy Brown as its music director. The music hits you in waves of unrelenting emotions that rise like great gulps of air in your throat that would most certainly choke you if you didn’t open a sort of sluice gate that released the tears. But losing control of your emotions is de rigueur when listening to Mr Broadbent’s music. Having Harvie S, Peter Erskine and Andy Brown’s London Metropolitan Orchestra along for the ride makes it easier, and of course, Alan Broadbent’s pianism makes it easiest to let it all hang loose and have a good cry. This record is just that good.

There is no better leader than Alan Broadbent to waltz – somehow, the melody of Mr. Broadbent’s “Song” theme, developing in enormous swirling, symphonic circles and titanic battles with the London Metropolitan Orchestra – can hardly be described more evocatively than what the pianist does in his own introduction (in the) liner notes. The pen is mightier than the piano… but only at the hands of this pianist. At any rate, being witness to an expression of love so great is, indeed, a privilege; 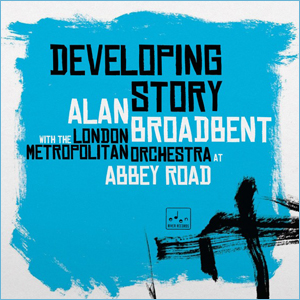 like being called upon to join in a celebration so overwhelming that one is literally at a loss for words. This is “Developing Story” written, we are told, after a rather poignant experience of listening to Gustav Mahler and in all modesty transferring that to his own masterful pen.

The great, gushing crescendos on “Naima” and “Blue and Green”, where Mr. Broadbent seems to carry the entire heft of the London Metropolitan Orchestra on crests of thundering wave after wave – at the end – are mighty reminders of battles fought by – for instance – Van Cliburn with Kirill Kondrashin and the Moscow State Philharmonic Academy Orchestra, (Beethoven Piano Concerto No. 5, Op. 73 “Emperor” Tchaikovsky Piano Concerto No. 1 in B-flat minor, Op. 23) [1958 and 1962], and Glenn Gould and Leopold Stokowski and the American Symphony Orchestra (Beethoven’s “Emperor”, 1966); even Gould with Leonard Bernstein (the First Piano Concerto of Johannes Brahms). And now there is also more of Alan Broadbent’s music to enjoy enjoy over and over again too; not only this but also Tadd Dameron’s “If You Could Only See Me Now” – a kind of high-wire act not likely to be experienced with such intensity ever again; as on “Lady In The Lake”, “Milestones” and the ineffably heartbreaking “Children Of Lima”.

This is a kind of epic “Developing Story” that you might never want to come to an end. End of story…

Track List: Developing Story: Movement 1; Movement 2; Movement 3; If You Could See Me Now; Naima; Blue in Green; Lady in the Lake; Milestones; Children of Lima.