This is no gratuitous tribute to Jimi Hendrix, arguably one of the most consequential musicians since Charlie Parker and Thelonious Monk; a musician so influential that he even managed, albeit inadvertently, managed to change the direction that the great Miles Davis was taking in the late 1960s and early 1970s. Credit is due to this trio of organist Jeff Jenkins, guitarist Mike Abbott and drummer Mike Marlier who have achieved three things with this homage entitled Jimi: 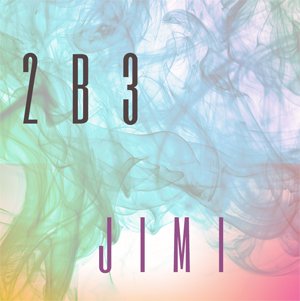 Firstly it is high credit to these superlative musicians that they don’t stint on the dramatic and poetic qualities of the music of Jimi Hendrix. Secondly, by re-imagining the music of someone who is essentially and interpreting it in the context of an organ trio they have altered the centre of gravity of the music to heave and swing against the roaring canvas of the Hammond B#. And last, but not least, the guitarist of the trio is given enough facetime to showcase the “guitar” element of the Jimi Hendrix Experience without upsetting the equilibrium of the “organ” trio. That’s a lot to accomplish on such a challenging assignment and for all these reasons this music deserves to be celebrated.

None of that would matter if it wasn’t for the fact that these musicians are at all top tier in their instrumental classes. Together they Mr Hendrix’s music receives a performance of warm and sweeping beauty, along with an almost insolent virtuosity on the part of each of the musicians. In the fiery movements of “Purple Haze” as well as in the slower, tenderer movements of “Little Wing” each phrase is vibrantly sculpted and placed within the context of eloquent conversations between organ, guitar and drums.

The ensemble also brings blazing clarity to balances that are so crucial to texture and interplay between the guitar, organ and drums, with Mr Jenkins’ organ soaring and swooping, then tagging Mr Abbott’s guitar to wail and scream and weave assertive lines left in the music’s wake by the organ. This is best experienced on “Jimi” the tribute song on the record’s finale as both musicians complement each other’s expeditions vaulting over the towering rhythmic architectural edifice created by Mr Marlier’s stammering drums and hissing cymbals. A record to die for…