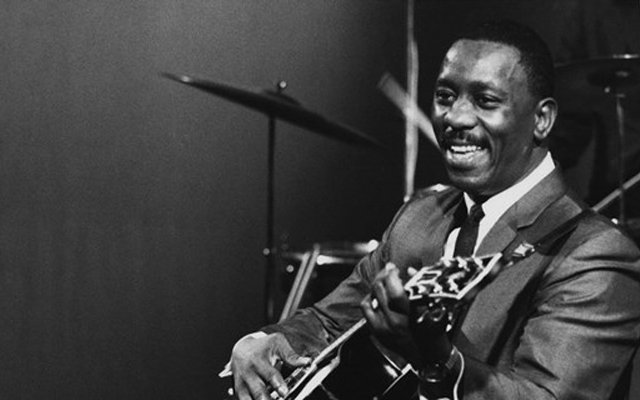 Preserving and spreading the heritage of Jazz: Not too many people or organisations are helping the cause. Musicians do so when they perform the repertoire of Jazz composers who created the burgeoning library of the Music to keep the flame going . Others – impresarios and performing arts spaces do so by inviting the original musicians and successive generations of musicians to perform the Music. An equally important cog in the wheel of the continuum is the record label. While there may be a few who do so today, no one does it better than Mosaic Records and Resonance Records. The latter – a not-for-profit – is perhaps unique in that it appears to exist solely for the preservation of cultural history (as opposed to other commercial models). This has enabled those involved in Resonance to focus on the great cultural ambassadors of Jazz. Resonance is a young enterprise – relative to Mosaic – but it has become a sought-after repository of history in a very short time.

The Wes Montgomery package that combines various dates into Return to Indiana Avenue – The Carroll DeCamp Recordings makes the fourth such recording by the giant of the guitar. Students of the guitar who hang on every transcription of Mr Montgomery’s solos, music historians and nice ordinary aficionados of great music, all of whom survived on Mr Montgomery’s Riverside Recordings have now been able to make substantial additions to their collections. But more than anything else, all of the above tribes – and they may be growing exponentially – now have just over two hours of extraordinary music from Mr Montgomery, heard in various settings, made on his home turf, just before he and his reputation went palpably ballistic with Riverside. 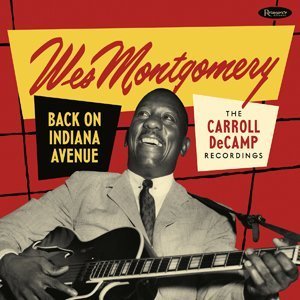 Perhaps calling this music “extraordinary” would be putting it mildly. In fact we hear a musician who, like a wild stallion, is proverbially, raring to go. We know, for instance, from anecdotes told to us (in the booklet notes) by relatives of pianist Carroll DeCamp, who had intimate knowledge of time and place that the pianist tried (unsuccessfully) to recommend Mr Montgomery to Nat “King” Cole. The singer and pianist was already a legend at the time and (Mr DeCamp) believed – rightfully so – that Mr Montgomery would have made a priceless addition to Mr Cole’s trios. That this was not to be is, perhaps, a boon to the guitarist who now had more time to hone his skills on an instrument that made him next in line after Charlie Christian as one of the greatest innovators of the guitar in Jazz.

Unlike Charlie Christian, Mr Montgomery used the thumb and fingers of his right hand to make music on the guitar. Flesh on steel never sounded so good. It is also remarkable that Mr Montgomery lost none of the sharp-edged bite that the sound of a plectrum on the strings brought out of an amplified instrument. What is remarkable from these (and other Resonance) recordings is that during the period of the 1950’s when Mr Montgomery largely played in and around the place where he was born and lived – before he became a national figure, so to speak – he was already a fully-formed musician. As we hear, he had already set about recreating repertoire very much in his own image – stately, bold and revolutionary. Clearly what Mr Montgomery is doing here is extending the possibilities and exploiting fully the limitations of four fingers (and thumb) of the right hand, left hand in tow, six strings and about 19 frets.

What may seem like easy-looking music on paper is often impossible to play. Not so with Mr Montgomery. He takes you to the very frontier of what could – and can – be on the guitar on songs such as “’Round Midnight” and “West Coast Blues”. Even if you take the piano, bass and drums away from the equation, Mr Montgomery sounds like an ensemble in himself. Soli begin with single note explorations of the melody. The one melodic variation flows inexorably, from the other and with each Mr Montgomery scales the precipitous heights of melodic and harmonic invention with agility and craftsmanship that is jaw-dropping. This is followed by leaping octaves around the harmonic minefield and then loping chords – all of this in a few short bars.

A song to absolutely stop the breath – and the heart – is “Stompin’ at the Savoy”. This is a song was made famous by Charlie Christian who recorded it on his famous date at Milton’s in 1941 and later with the Benny Goodman Orchestra. Mr Montgomery puts his own fiery spin on the song, his fingers igniting the melody as they fly across the strings breathing life anew into the melody, with his brother Buddy doing likewise on piano as the harmonic inventions shape the song into a newly magnificent edifice. Mr Montgomery’s technique derived from fingers to steel is also revealed in all its glory from his pizzicato, and flesh and nail-sizzle on “It’s You Or No One” and on “Between the Devil and the Deep Blue Sea”. Indeed you a gain fresh perspective on how Mr Montgomery started to treat the guitar as something larger than it was during the 1950’s because his wonderfully lyrical soundworld was so big it embraced the enormous richness of the instrument.

A word about the recording that applies specifically to the tribe of discographers (pursuing Mr Montgomery’s music and music in general): This recording proved to be an unique challenge because in changing hands from Mr DeCamp to Jamey Abersold, from whom we have DAT transfers, from which these discs have been re-mastered. No one in the early equation paid much attention to keeping or preserving notes and so the entire discography had to be gleaned from experts and folks who were in the know of Mr Montgomery’s musical associations at the time. The input from pianist, author and educator Lewis Porter is therefore the key to this discography. It may not be as much of an approximation as has been carefully set out in the booklet, although even an ear trained by listening to all of the previous Wes Montgomery (Resonance) recordings. Being able to tell the difference between Buddy Montgomery and Melvin Rhyne on piano or Monk Montgomery and Mingo Jones is a daunting task for the uninitiated But Mr Poeter’s trained ear is priceless in this regard. Above all the super-sleuthing of Zev Feldman and the production and engineering mastery of George Klabin and Fran Gala must – and will not – go unnoticed. The result of all of this is, after all, another historic set of music to die for from one of the undying giants of Jazz.