All that is unusual and unexpected about Shunzo Ohno is encapsulated in the glimmering, intimate and transcendent howl of his trumpet. He plays each note that flies out of the bell of his instrument as if he were creating the pristine and pure image of crystal. There is a spritely lilt to his playing that it feels more like a downbeat. But the fact is that Mr Ohno’s playing is so clean, clear and precise (and contained within the flare of the trumpet’s bell) and the thought behind everything he plays is so unassailable that to listen to him is to feel safe with music that is often manhandled, even if it challenging to one’s perception of it.

Shunzo Ohno does pull many phrases around to a risky degree but it never feels like the egomania of other performances (partly because of the shimmering glissandos in his glorious technique and this is often an enormous relief. Some of his playing – especially in an ensemble situation – has a chamber performance quality. It is here that the intimacy of his sound reaches the highest degree of perfection. There is not only a strong sense of dance behind all that he plays even in the slower examples of his playing whose speeds he chooses to pull up even further than most, but of pulse: the forward motion of everything he plays is driven by continual metronomic tick that, although inaudible, is constantly transferred from Mr Ohno to the listener.

The trumpeter shot to prominence when he was given an opportunity to play in Art Blakey’s Jazz Messengers in 1975, in a group that included Nelson Santiago on alto saxophone, David Schnitter on tenor saxophone, Kasal Allah on piano and Yoshio Suzuki on bass. In the 1980’s Shunzo Ohno made three world tours with Machito. He also made records, one of which went on to win a Grammy Award in the Latin category in 1984 for Machito and his Salsa Big Band. In 1988, Mr Ohno garnered his second Grammy for Live at the Sweet Basil with the Gil Evans ensemble, with whom he was playing at that time. That year Shunzo Ohno suffered the first major setback to his career after he became involved in a serious motor car accident. Recovering from crippling injuries he went on to play in many acclaimed bands, leading and recording in many of his own albums as leader. 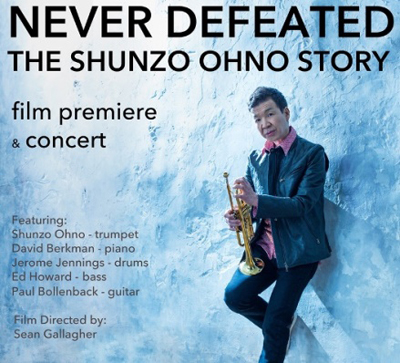 Cancer took hold of his tonsils and this new setback forced him to focus on his health once again. His entire playing technique changes after this this, but his sound continued to be as unique as ever when he returned a decade later. His remarkable life story continued with busy travel and performance schedules both in groups he led as well as in the bands of other musicians including that of Larry Coryell, Buster Williams and others. Shunzo Ohno’s life became the subject of Shunzo Ohno: Never Defeated, produced by Sean Gallagher of WhatNot .In 2014, The documentary film which features narration from the legendary bassist Buster Williams, was be premiered in June 2015 at The Cutting Room and followed by a live concert featuring pianist David Berkman, drummer Jerome Jennings, bassist Ed Howard and guitarist Paul Bollenback.

Over recent years, Shunzo Ohno has been touring the globe, performing frequently in Hong Kong, Malaysia, China, Singapore, Taiwan, and Japan. He has been an avid supporter of the recovery efforts following the natural disasters in Japan and recently, Nepal. Shunzo is thrilled to return to the United States for this exciting tour. He will continue his United States tour with performances at The Bean Runner on June 27 in Peekskill New York and Jazz Forum Arts at Lyndhurst in Dobbs Ferry, New York. Shunzo Ohno also won the International Songwriting Competition’s grand prize with this composition “Musashi”, making Shunzo the first jazz recipient of this prestigious award.

Recently Mr. Ohno took time off from his busy Far Eastern tour to talk to me. Here are excerpts from that conversation, made possible with generous help from Lydia Liebman and Mr Ohno’s wife Kazuko:

Raul Da Gama: What have you been up to musically speaking in the last two years, say? 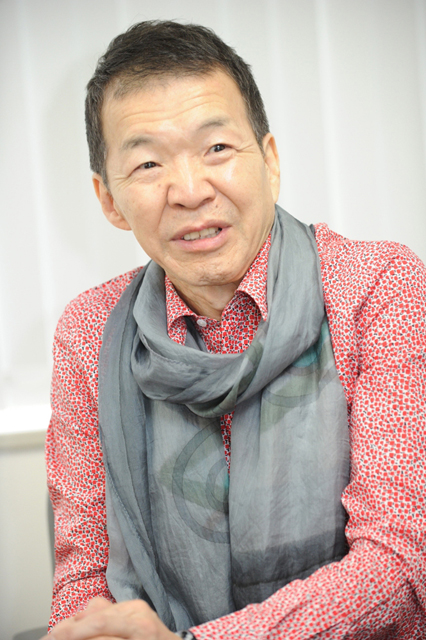 Shunzo Ohno: Recently, I recorded a cd, ReNew. (Late Fall 2015, release date in April 2016)) My original experience with jazz was spontaneous collaboration, involving listening and responding; adding colors, or simple silence…In these times, there is a tendency towards one voice. I prefer the collaborative experience. Although I may be the composer who is ultimately responsible for the recording, I prefer to allow each artist to contribute their voice within the context of the outlined composition. Instead of dictating, I enjoy the free process. This is sometimes risky, but I like that aspect. I honestly trust the friends on this cd and on concert tours. I have been touring in Asia; Japan, Malaysia, Hong Kong and some US cities. Visiting Northern Japan where people are still in the recovery process today (2015). Heightens my awareness. Most of us in the US have already forgotten this historic event. Paying attention to the human experience has become important to my music. I have dedicated the last two CDs to Northern Japan, but in many ways to all people who are in their own personal process to recovery.