Bird cast a giant shadow in the realm of music – not just popular music, but music as a whole. With the alto saxophone as an extension of his body, mind and spirit surely he put the fright into everyone who decided to pick up the alto horn and come after him – literally and figuratively. But not everyone banished into such a proverbial blue funk; banished into such a dread. Very few names come to mind – Eric Dolphy, who stirred up a storm in the revolutionary ensembles of John Coltrane and Charles Mingus, and Anthony Braxton, who took up every other woodwind and reed instrument to become one of the most important composers and instrumentalists of our time and Roscoe Mitchell, [like Mr Braxton] one of the charter members of the Association of Advancement of Creative Musicians [AACM]. 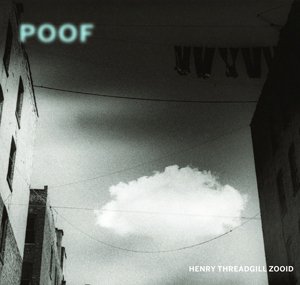 And then there is that other influential member of the AACM – Henry Threadgill, the legendary founder of such ensembles as Air, X-75, Very Very Circus, Make a Move and Zooid among several iconic others since 1966-67. Now, while much has been said – and written – about Mr Braxton and, to a certain extent, about Mr Mitchell, not nearly enough has been said in praise of Mr Threadgill despite the fact that he has won a Pulitzer Prize [2016] and was inducted into the National Endowment of the Arts [NEA] and awarded a NEA Jazz Master Fellowship [2020]. But devotees of music – those, that is, who are able to discern the importance of musicians in the continuum of that singular art – know the importance of Mr Threadgill’s enormous contribution to music.

Mr Threadgill’s music wears an idiomatic, crooked smile – one that appears not unlike the kind of atomic squiggle that Thelonious Monk brought to music – chopped rhythms, abrupt changes, impossible harmonic leaps and – above all – with an off-kilter, off-the-wall sense of humour that made music an edifying experience, that gloried in the ability to create art our of – in Mr Threadgill’s case – great “mouthfuls of air”. Much of Mr Threadgill’s more recent triumphs have been in the extraordinarily intuitive, more recent music made in the studio with the enigmatically -named ensemble, Zooid – well by now the amorphous mystery of the names of Mr Threadgill’s ensembles ought not unexpected – in reality something to look forward to, if only to hint at the music to come.

If this joyously articulate and raptly communicative performance on Poof is anything to go by then it’s clear that the decades intervening decades have only served to heighten and refine his responses to the impulse to create an almost achingly personal music. With his immaculate technical address and ravishingly angular songful, mellow tone – on both saxophone and flutes – Mr Threadgill strikes precisely the right balance between composition and improvisation, sinewy strength and private introspection and a tumbling fantasy that only the freedom of art can demand, and only someone as attuned to secrets as Mr Threadgill can bring to life. With the musicians of Zooid Mr Threadgill is blessed in having such scrupulously attentive musical partners as guitarist Liberty Ellman, tubist and trombonist Jose Davila, cellist Christopher Hoffman and drummer and remarkable percussion colourist Elliot Humberto Kavee.

The music of Poof is brilliantly conceived to pay homage to the exquisitely ephemeral nature of sound, which at the time of the sounding of each line of notes that leap off the page and pirouettes to make a joyful noise in melodically, harmonically and rhythmically. When all of it comes together – as it foes in this repertoire there is a suppleness of purpose, quicksilver wit that often pierces the space between the notes with gloriously inventive accelerandos and ritardandos. Everyone gets an opportunity to pierce the skin of the music; to make a harmonic and rhythmic statement to bring an unexaggerated depth of feeling, tenderness of expression and a wonderful flow to every harmonic variation and every rhythmic invention. Every so often pulses will race with a hilariously maniacal rumble of the tuba, or a wailing twang of the guitar, the rapid-fire staccato of the snare drum or the sardonic hiss of the cymbals.

Through it all Mr Threadgill leads the musicians like a proverbial Pied Piper. Only in this narrative the sinister narrative of the fable is replaced by beamingly playful echoes between the saxophonist and his ensemble. What a captivating swagger Mr Threadgill locates in the rolling arpeggios which really jump off the page on “Poof on Street Called Straight” and “Happenstance”; and listen to the relish with which Mr Ellman, Mr Davila, Mr Hoffman and Mr Kavee tuck into the ensemble and unison passages on “Now and Then”. After the seductive charms and the myriad intricacies of “Come and Go” and the extended improvisations of “Poof…” and “Beneath the Bottom” it seems but a given that one will fall prey to the intoxicatingly poised mystery of “Happenstance” and the fairly crackling finale of the album – “Now and Then”. Make no mistake, every aspect of this enterprise reflects enormous credit on all involved, not the least on Mr Threadgill who conceived this music with its singular shimmering, mystical quality that is curiously evocative, strangely exotic and rousing in a most remarkable and funny way. An altogether unmissable release…