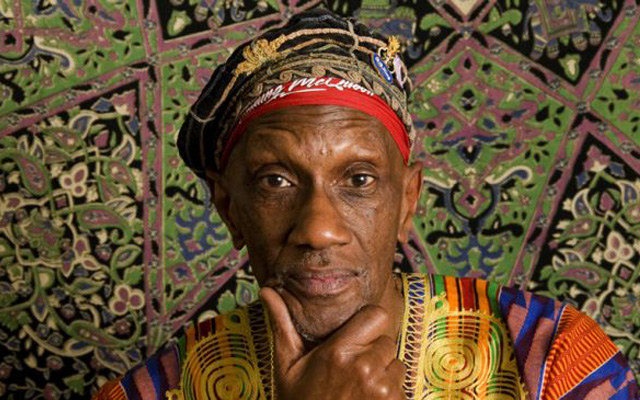 Bernie Worrell is now truly a blithe spirit, an incorporeal supernatural being. Perhaps he always was that. His music tells us so. You cannot hold on to human beings like that. You have to let them roam free and, and listen from a safe distance. It’s like watching a God-given musician, whose life unfolds in music-making that somehow will stand the test of time. Bernie Worrell was that kind of human spirit who literally epitomised the instructions of Ludwig van Beethoven to musicians and said: “Don’t just practice your art. But force your way into its secrets for it and knowledge can raise men to the Divine.”

We will all reflect upon Bernie Worrell today, how he did just what Beethoven suggested throughout his musical life, both as a classical musician and as one of the greatest purveyors of jazz and funk that came to be called, in his parlance: The Woo.

Tempis Fugit! And now Bernie Worrell is gone to a better place. Like the many minions who cherished and will cherish his music now and forever, I miss him and am left empty as I was when my father died many years ago. But I know that in the end, while his body didn’t treat him as kindly as music always did. And we will have much to live for until the time comes… We’ll miss you Bernie. Send us word sometime from where you are… and keep on jammin’ with Buddy Bolden and Pops, Ellington, Mingus Bird, Diz and Monk, Elvin Jones the Angels and the Saints. See you soon…