And just like that, it seems, Charlie Parker led his musical co-conspirators had moved the music of Jazz into a place so infinite and timeless that he remains perhaps the most important artists of any musical generation, anywhere in the world. His compositional style involved the wickedly playful and ingenious use of contrafacts; interpolation of original melodies over existing standards which is still common in jazz today. Examples of this are heard in “Ornithology” (which borrows the chord progression of jazz standard “How High the Moon” and is said to be co-written with trumpet player Little Benny Harris). Meanwhile “Moose The Mooche” is one of his many compositions based on the chord progression of George Gershwin’s “I Got Rhythm”. Although this practice [of playing with contrafacts] was not uncommon prior to bebop, it became the signature of the movement as artists began to move away from re-arranging popular standards and toward composing their own material.

Throughout it all, Mr Parker remained one of the patently so-called Blues People. His compositions such as “Now’s The Time”, “Billie’s Bounce”, “Au Privave”, “Barbados”, “Relaxin’ at Camarillo”, “Bloomdido”, and “Cool Blues” were all based on conventional 12-bar blues changes, Mr Parker also created a unique version of the 12-bar blues for songs which he called “Blues for Alice”, “Laird Baird”, and “Si Si.” These unique chords came to be known as “Bird Changes”. Like his solos, some of his compositions are characterized by long, complex melodic lines and a minimum of repetition, and even when he did so – “Now’s The Time” – the results were predictably ingenious. 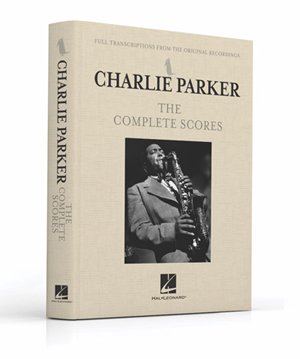 Mr Parker’s playing was also monumentally virtuoso and his short, potent soli defined the art of the modern Jazz cadenza. He laced his high-flying musical solo sojourns with triplets and pick-up notes, both used in ways that were so unorthodox that even accomplished musicians are still untangling some of his soli. These devices led to chord tones, according more freedom to use passing tones, which many soloists before him didn’t dare even try. Best of all, Mr Parker was admired for his unique style of phrasing and innovative use of rhythm that has been widely imitated but never even remotely duplicated. “Ah-Leu-Cha”, “Anthropology”, co-written with Dizzy Gillespie, “Confirmation”, “Constellation”, “Donna Lee”, “Moose the Mooche”, “Scrapple from the Apple” and “Yardbird Suite”, the vocal version of which is called “What Price Love”, [with lyrics by Mr Parker] are among the many immortal compositions that Mr Parker left behind when he died at 34 years of age on the 12th of March, 1955.

However, this date is often put in the rear view mirror as we believe that Bird Lives on into immortality, especially on the 29th of August, the day he was born in 1920, or as in the prophetic words of Miles Davis: “You can tell the history of jazz in four words: Louis Armstrong. Charlie Parker”. [Farah Jasmine Griffin & Salim Washington: Clawing at the Limits of Cool: Miles Davis, John Coltrane, and the Greatest Jazz Collaboration Ever. New York: Thomas Dunne Books. p. 237, 2008]