With the march of time and the artistic history that was made in the interim there can be no doubt that Charlie “Bird” Parker is one of the greatest artists to have ever lived. According to some of those who knew him intimately – musicians such as the incomparable Sheila Jordan, for instance – he was also a fine albeit flawed human being, but that is subject for a whole new monograph. In the realm of the arts, however, Mr Parker stands – with Thelonious Monk, Dizzy Gillespie, Charles Mingus, Duke Ellington, Louis Armstrong and a handful of others – head and shoulders above everyone else. So great was Mr Parker’s impact on modern music that his contribution to the art suggests that he might even be deemed to have given the art he so affected so deeply, music that is on par with the greatest of musicians in any era – Bach, Beethoven, Brahms, and others such as Stravinsky, for instance. One reason that history has not accorded him such a stature is that it [history, as we know it] has been recorded by white, Anglo-Saxon people. The other is, of course, that he lived like a proverbial astral comet that showed up on the 29th of August, 1920 and burned out [also in a proverbial puff of smoke] on the 12th of March, 1955.

However, during his all-too-short life, Mr Parker – Bird, as he was called – left behind a masterful trail of music that revolutionised popular music just like Arnold Schoenberg, Anton Webern, Alban Berg and other had done before him. Although the rudiments of his music can be explained in some technical terms – such as his penchant for and sublime mastery of contrafacts, for example – the true nature of his music is still being studied by musicians who revere him; and yet the intricacies of his music may never fully revealed. Like the symphonies of Beethoven, which great conductors have been revisiting in attempts to plumb their depths to find new meaning in them, we will continue to have new attempts to try and unfurl the great harmonic and rhythmic conceptions that Mr Parker conceived of as he revolutionised music through the bell of his alto saxophone.

There is no “great” or “fertile” period as far as Mr Parker’s music is concerned. Ever since he exploded on the music stages in the early 1940’s and until his death in 1955, Mr Parker continued to make inimitable music as if his life depended on it. Remarkably, we have much of this music as it seems recording engineers – both amateur and semi-professional – were there to capture it. Others, like Dean Benedetti, followed him around so they could capture it, but only recorded his soli [The Complete Dean Benedetti Recordings of Charlie Parker, Mosaic Records, 1990]. Much of Mr Parker’s recorded music is poorly produced and even more poorly packaged with little or no appeal for aficionados and discographically-minded listeners. However, much this great music is contained in its complete form, on three major labels: Herman Lubinsky’s Savoy Records, Ross Russell’s Dial Records and [the bulk of what Mr Parker recorded on] Norman Granz’s Verve Records. All Verve recordings are the most “complete” and cover the period between 1945 and 1954.

But some of Mr Parker’s greatest ever recordings were made for Savoy and Dial, made during a particularly fertile period in Mr Parker’s life – as a composer and performer – between November 1945 and September 1948. Remarkably, most of this music was recorded with Miles Davis on trumpet – and not Dizzy Gillespie, who many believe was Mr Parker’s alter-ego. This music also featured musicians – Tommy Potter, Curley Russell, and Duke Jordan, Dodo Marmarosa and Max Roach – all of whom became and inextricable part of Mr Parker blazing musical sojourn. There is no Thelonious Monk, very little Bud Powell, no Charles Mingus. That group would become possibly the first super-group to play Mr Parker’s music, and would have to wait until 1955, when Mr Mingus recorded them in concert [Jazz at Massey Hall, Debut Records, 1955, also billed as The Greatest Jazz Concert Ever].

And now Mr Parker’s legacy is being celebrated in a special way to commemorate his centennial. Universal music will release a limited edition vinyl. But the great Swiss label founded by Werner X. Uehlinger – ezz-thetics [formerly hatHut] has pre-empted everyone else by releasing a two-volume selection of gems from Mr Parker’s repertoire captured by Savoy and Dial. These forty seven works have been meticulously restored to sound remarkably fresh and life-like; not just as if they had been freshly minted, but almost as if they were captured as they were being performed. For this we have to acknowledge the unusual engineering wizardry of Peter Pfister, who was brought on board by executive producer Mr Uehlinger. Everything has been made possible – as Mr Uehlinger says: “by conceptual ideas and a financial contribution of Bernhard “Benne” Vischer. 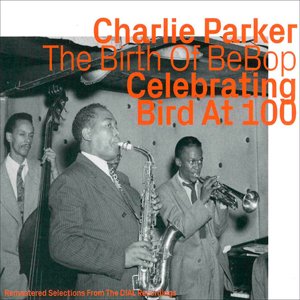 The 24-tracks on this disc are meant to reveal to us what must surely be the prime examples fully-formed voice of Bird. And for the most part, they do. Although as it is Bird’s 1100th birthday, it also pays to remember Dr Michael D. Anderson’s extraordinary 4-disc set of some of Charlie Parker’s earliest recordings that he made with the Jay McShann Band. That package; Bird in Time: 1940 – 1947 [ESP-Disk, 2008] is where you should start if you really want to know where it all came from. It is a package that gives us the clearest glimpse of the formation of Charlie Parker, which also contains “lost” interviews with Mr Parker himself. If we hear the greatness of Mr Parker in these Dial [and Savoy] recordings must of how he got here is contained in music that ostensibly workshops the music that came to be in these [Dial] recordings.

Revolutionary music in its near-seminal stages is heard from song to song. Remarkably no song is repeated throughout. With remarkable restoration and superbly engineered re-mastering Mr Parker’s voice is forthright and honest. It is loud and the brilliant assaults on the inner ear are remarkable and unforgettable. Through it all you cannot help but wonder where it all comes from and how Mr Parker was able to think so fast and articulate such complex harmonies; to also render these songs sometimes at blistering speeds with such incredible rhythmic invention. It’s no wonder that musicians – from those who played with Mr Parker to others like Mr Stravinsky and Edgard Varése were all astounded by the effects of listening to Mr Parker – as we are almost 100 years after the fact. 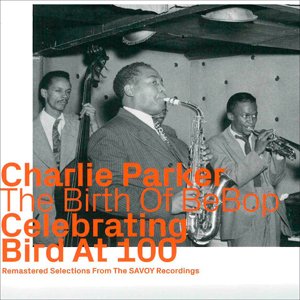 Charlie Parker: The Birth of Bebop – Celebrating Bird at 100 [Remastered Selections from the Savoy Recordings Vol. 2] Charlie Parker was born of the Blues and his blues-borne music carried him into the rarefied realm of art. Meanwhile, down below, on the dirty, unforgiving earth his tortured soul appears to have continued to weigh down heavily on his spirit. Yet the hard life of being a Negro in a white country was magically transformed in his music as he lived an impossible dream. If you listen, eyes closed, to the sound of the horn as Mr Parker’s vaunted sounds are seared into your consciousness – drained by the catharsis of his songs – you become privy to his heroic struggle as his art reveals the tragic beauty of his life.

As the breathtaking harmonics of “Donna Lee” and “Buzzy” unfold in rhythmic intensity you come face to face with creativity and invention at its most spectacular. Yet, as much as you try to explain these songful utterances in an attempt to get at the heart of Mr Parker’s artistic genius, you find that an explanation is illusive. It is true of all geniuses. The very fact that they cannot be defined is, in fact their only defining characteristic. And like other geniuses, Mr Parker is unable to reveal the exact nature of his secrets even as he continues to be absorbed by this contradiction; ill-at-ease in the real world, yet blinded by a truth that common mortals can only dimly perceive – except to try and bond with his music.

One thing is clear from listening to these 23 songs – which are, remarkably, without his alter-ego, Dizzy Gillespie – one thing does become clear: Charlie Parker belongs to that breed of performers of genius who have a natural rapport with their instrument; in Mr Parker’s case, it is his alto horn. When he plays this saxophone is no longer a saxophone; it is a piano, a violin, a harp, a cello, a human voice or a whole crashing orchestra together. It is music in spirit and flesh. When he plunges into the alto saxophone – for only total immersion that makes such intensity possible – Mr Parker is airborne; and mind, body and spirit become one.