It seems that Norwegian women – from Sissel Kyrkjebø to Grete Skarpeid and now Sheila Simmenes as well – are almost completely made of music, and this is why they appear to sound like proverbial nightingales. This is true no matter what style of music they indulge in – opera or popular styles. We hear this in the sensational music that Sissel continues to create; in Miss Skarpeid’s 2021 album Beyond Other Stories [Origin 82813] and now with this elegant music on Love Was Easy the debut album by Miss Simmenes. 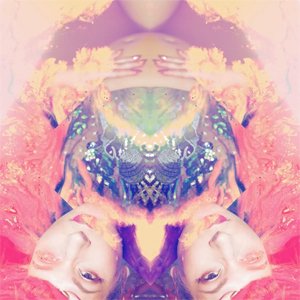 In every way loving this music by the Norwegian composer and vocalist is easy – which makes the title of her debut album – Love Was Easy most apt. Why, you ask? In answer we may begin by resorting to Socratic maieutics which would go something like this: What’s not to love? Easier still is to fall prey to the charms of Miss Simmenes’ voice as her songs – she is the composer or co-composer – of everything you will hear – each of which beckons with the breathtaking, seductive liquid sensuality. The unaffected vulnerability of her vocalastics reinforces the emotions – on a colourful tonal spectrum expressing everything from heartbreak to joy from song to song and then some.

She sings utterly convincingly in her native Norwegian [of course she would!], often evocative of the high and lonesome questing of the Sami. She can also sing fluently in English and Portuguese. She is an accomplished composer and has proven her gifts for many other singers before the tracks on this album were laid down. Brasil informs the music just as much as the folksy invocations on “Si Ka Du Vil” and [most especially] on “Snåle Mi Jente” – both of which are informed by a breathtaking eloquence. Her range is put to effective use with soulful swagger in “Beautiful” and “Promise Me”.

But the apogee of the album comes early – really early, at the very outset of the album – with “Love Was Easy”. Not only is the song exquisitely crafted, but its lyrics and emotions seem to speak to its creator [naturally] in a very special way. You will be hard-pressed to lose yourself in Miss Simmenes’ tearful, achingly beautiful vocalastics that yaw between the heartbreaking and the punishing irony of some taunting phrasing that comes later in the song that seems to say: “now see what you’re missing”, to the lover who has turned his back on her.

Miss Simmenes is blessed to have some truly fine musicians on this musical journey. The guitarist Per Olav Kobberstad, bassist Peter Mesquita and the great Brasililan percussionist Robertinho Silva [throughout], and trumpeter Tore Bråthen and saxophonist Michael Bloch with haunting breaks on ” Snåle Mi Jente” where they bolster the rousing chorus of Miss Simmenes together with Sofia Aarvik, Kristin Dahl and Veronica Andersen]. These are just a few of the many stellar performers – and performances – which inform this gracefully brilliant recording – an album to absolutely die for…