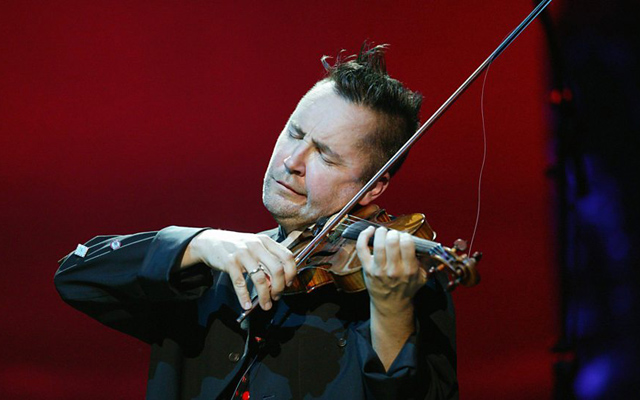 On Sunday the 20th of September 2016, the celebrated violinist said all this and more to Dalya Alberge of The Guardian. He also said, “Lazy tutors are creating musical clones by putting too much emphasis on technique.”

Violin virtuoso Nigel Kennedy has accused music colleges and record companies of producing “factory lines” of pianists and violinists that end up all sounding the same.

In being made to focus too heavily on technique and the pursuit of perfection, gifted musicians have become so terrified of playing a wrong note that individuality is being stifled, he claims.
“You do hear some amazing talent, but [it] has been kind of fettered,” he told the Observer. “If you listen to one version of a Brahms concerto or Beethoven against another one, they’re unfortunately too similar.”

He dismissed the “protocol” training by music colleges, which “doesn’t actually help people use their brains or their ears – two important factors in music”. He said: “A lot of classical musicians are steered away from that in order to learn ‘the method’. How many talented young kids are going into these colleges nowadays all over the world? How many come out speaking as an individual?”
Jazz greats such as Coleman Hawkins, Fats Waller and Louis Armstrong didn’t have these lessons, he argues. “They just learned from experience. Then they got something completely unique … whereas now we’ve got factory lines of pianists and violinists coming out.”

Of some of the great 20th-century violinists, he said: “If you listen to recordings of Fritz Kreisler compared with [Jascha] Heifetz compared with [Isaac] Stern, you’ve got completely different interpretations. It’s the interpretative aspect that is important. You don’t want Leonardo DiCaprio doing Shakespeare exactly how Laurence Olivier did it. In acting, you’ve still got these amazing differences.” 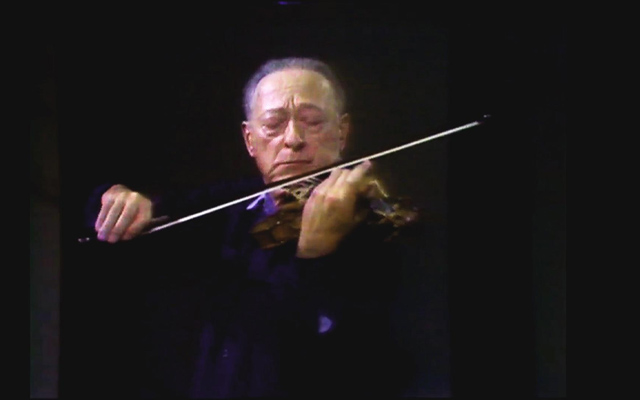 With great pianists such as Alfred Cortot, Arthur Rubinstein and Vladimir Horowitz, “the piano even sounds like a different instrument, different tonality”.
He claims that musicians starting out now are too worried about making a mistake on a recording and that this, combined with too much emphasis on technique, is destroying the prospects of a future generation of musicians.

He said he struggled to think of any emerging musician with individual talent, sensing that some are more interested in the financial rewards. He met one gifted player who lacks discipline and “just wants to drive a Ferrari”.

When great violinists such as Itzhak Perlman were young, they dedicated themselves to the music “and got … joy from that”, he said: “Now people expect all of those trappings and get pushed … too early … into doing 100 concerts a year when they haven’t even got the stamina to maintain it, so then they lose their inner appetite.”
Kennedy’s criticisms are hard to ignore as he is one of the world’s leading virtuoso violinists, captivating audiences with everything from classical to jazz and rock. He is the bestselling classical violinist of all time.

With his trademark spikey hair, hippy attire and boyish charm, he is now approaching his 60th birthday. On 23 December, he releases an album of his own compositions inspired by his musical mentors. He said: “I just wanted to say thank you to people, either still on the planet or not, for the opportunities and influences.”

The album, My World, includes a tribute to the inspirational violinist Yehudi Menuhin, who paid young Kennedy’s fees at the Menuhin School in Surrey. He said he has never forgotten that support: “I was from a single-parent family. My mother was a piano teacher, which is not very remunerative.”

Without Menuhin, “I would probably not be playing classical music at all”, he writes in the sleeve-notes, dedicating a reflective, melodic interlude to him. He describes Menuhin as a charismatic musician who encouraged self-expression and individuality among his students: “He wasn’t trying to make clones out of all of us.”

When other teachers frowned on Kennedy’s interest in jazz, Menuhin encouraged it, telling them: “It’s great that the kid is actually thinking for himself.” Kennedy then trained at the Juilliard School of Music, New York, where, despite one good teacher, he felt constrained: “Mainly it seemed to be a networking place for ambitious young students. I learned much more in Greenwich Village. There were jazz clubs everywhere.”

He despairs over the “grinder” training at such music colleges: “Quite often I hear [musicians] sound amazing when they’re teenagers and then they’re coming out playing on a less original level when they’re 21. How is that talent being stretched?”

Asked what the colleges should be doing, he said: “The professors should be less lazy. Instead of imposing one system on all, listen to the individual and teach in a way that caters for that individual, as opposed to making everybody learn from glasnost. A great teacher relates to the individual and, of course, gives some technical hints. But, by the time you’re 18, if you really want to be doing this business, you should know what you’re doing technically.”

He also dismissed the idea that London needs to spend £278m building a new concert hall, arguing that he would rather see money invested in schools, giving children access to instruments and teachers.

The acoustics in the Royal Albert Hall and Royal Festival Hall “aren’t bad”, he said: “A decent musician can react to their surroundings and communicate the music. Some of the worst venues I’ve been in, I’ve heard some of the best shows. And some of the best venues, because everyone’s worshipping the venue, the music doesn’t really happen in them.”