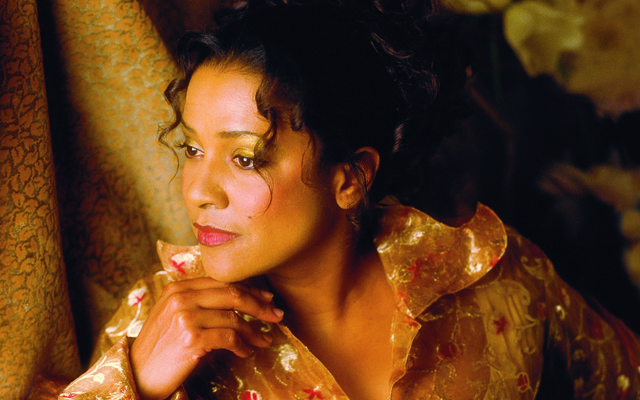 Every day is Black History. At least it ought to be that way. But some days I feel that Black History should go on forever, especially when we are celebrating the life of Kathleen Battle. She was born Kathleen Deanna Battle and she grew to become one of the greatest American operatic light lyric-coloratura soprano singer. Battle initially became known for her work within the concert repertoire through performances with major orchestras during the early and mid-1970s. She made her opera debut in 1975 and expanded her repertoire into lyric soprano and coloratura soprano roles during the 1980s and early 1990s. Battle was born in Portsmouth, Ohio and attended Portsmouth High School. She was awarded a scholarship to the University of Cincinnati College-Conservatory of Music where she studied voice with Franklin Bens and also worked with Italo Tajo. There she majored in music education for her undergraduate degree. Battle went on to gain her master’s degree in Music Education as well. In 1971 She embarked on a teaching career in Cincinnati, taking a position at a Cincinnati inner-city public school. While teaching 5th and 6th grade music, she continued to study voice privately. She later studied singing with Daniel Ferro in New York. In 1972, Kathleen Battle was still teaching when, upon the advice of a friend, she auditioned for the conductor Thomas Schippers in Cincinnati. Her performance there on July 9, 1972 marked the beginning of her long and celebrated professional career. In the intervening years, Battle would go on to sing in several more orchestral concerts in New York, Los Angeles, and Cleveland. In 1973 she was awarded a grant from the Martha Baird Rockefeller Fund for Music to support her career.

It was Thomas Schippers then introduced Kathleen Battle to fellow conductor James Levine who selected Battle to sing in Mahler’s Symphony No. 8 at the world famous Cincinnati Symphony Orchestra’s May Festival in 1974. This was the beginning of a close friendship and enduring professional association between Battle and Levine. Their relationship would last for 20 years and resulted in several iconic recordings and memorable performances, including engagements in Salzburg, Ravinia, and Carnegie Hall. Battle made her professional operatic debut in 1975 as Rosina in Rossini’s The Barber of Seville with the Michigan Opera Theatre. She made her New York City Opera debut the following year as Susanna in Mozart’s The Marriage of Figaro, and in 1977 made both her San Francisco Opera debut as Oscar in Verdi’s Un ballo in maschera and her Metropolitan Opera debut as the Shepherd in Wagner’s Tannhäuser. The latter performance was conducted by James Levine. Battle made her British debut at the Glyndebourne Festival debut singing Nerina in Haydn’s La fedeltà premiata in 1979. Throughout the 1980s, Battle performed in recitals, choral works and opera. Her work continued to take her to performance venues around the world. In 1980 she made her Zürich Opera debut as Adina in Donizetti’s L’elisir d’amore. In 1982, she made her Salzburg Festival debut in Così fan tutte, followed three days later by an appearance in one of the Festival’s Mozart Matinee concerts. In 1985, she was the soprano soloist in Mozart’s Coronation Mass at St. Peter’s Basilica in the Vatican, conducted by Herbert von Karajan. That same year she made her Royal Opera debut as Zerbinetta in Ariadne auf Naxos. In 1987 Karajan invited Battle to sing Johann Strauss’ Voices of Spring for the Vienna New Year’s Day concert, the only time Karajan conducted the internationally televised annual event, and the first time a singer had been engaged for such a contribution. In opera she sang a variety of roles including Oscar at Lyric Opera of Chicago and a highly acclaimed Semele at Carnegie Hall. 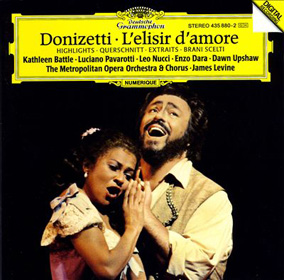 During this period, she received three Grammy awards for her recordings: Kathleen Battle Sings Mozart (1986), Salzburg Recital (1987), and Ariadne auf Naxos (1987). Battle’s 1986 collaboration with guitarist Christopher Parkening entitled Pleasures of Their Company was nominated for the Classical Album of the Year Grammy award. She also received the Laurence Olivier Award (1985) for her stage performance as Zerbinetta in Ariadne auf Naxos at the Royal Opera House, London. Critical response to Battle’s performances had rarely varied throughout the years following her debut. In 1985, Time Magazine, pronounced her “the best lyric coloratura soprano in the world” The 1990s saw projects ranging from a concert program and a CD devoted to spirituals to a recording of baroque music, from performances of complete operas to recitals and recordings with jazz musicians. In 1990, Battle and Jessye Norman performed a program of spirituals at Carnegie Hall with James Levine conducting. In the same year, she returned to Covent Garden to sing Norina in Don Pasquale and performed in a series of solo recitals in California, as well as appearing at the Hollywood Bowl with the Los Angeles Philharmonic. Battle’s Carnegie Hall solo recital debut came on April 27, 1991 as part of the hall’s Centennial Festival. Accompanied by pianist Margo Garrett, she sang arias and songs by Handel, Mozart, Liszt, Rachmaninoff, Gershwin and Richard Strauss, as well as several traditional spirituals. The contralto Marian Anderson, who had ended her farewell tour with a recital at Carnegie Hall in April 1965, was in the audience that night as Battle dedicated Rachmaninoff’s In the Silence of the Secret Night to her. The recording of the recital earned Battle her fourth Grammy award. Another first came in January 1992 when Battle premiered André Previn’s song cycle Honey and Rue with lyrics by Toni Morrison. The work was commissioned by Carnegie Hall and composed specifically for Kathleen Battle.