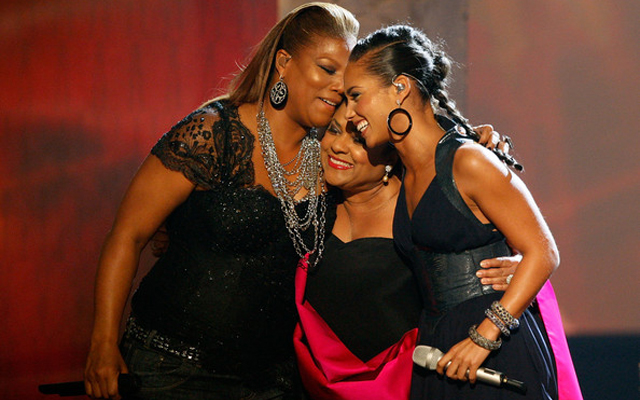 For the remainder of the decade, she worked extensively in the recording studio and on the concert stage. She was a featured guest artist on the May 1994 album Tenderness, singing a duet, ‘My Favorite Things’, with Grammy-winning jazz vocalist Al Jarreau. In 1995 she presented a program of opera arias and popular songs at Lincoln Center with baritone Thomas Hampson, conductor John Nelson, and the Orchestra of St. Luke’s. She also released two albums in 1995: So Many Stars a collection of folk songs, lullabies, and spirituals (with accompanying live concert performances) with Christian McBride and Grover Washington, Jr. (with whom she had performed in Carnegie Hall the previous year and Angels’ Glory, a Christmas album with guitarist Christopher Parkening, a frequent collaborator. In 1997 came the release of the albums Mozart Opera Arias and Grace, a collection of sacred songs. In October 1998, she joined jazz pianist Herbie Hancock on his album Gershwin’s World in an arrangement of Gershwin’s ‘Prelude in C♯ minor’. December 1999 saw the release of Fantasia 2000 where she is the featured soprano in Elgar’s Pomp and Circumstance performed by the Chicago Symphony Orchestra and conducted by long-time collaborator James Levine. In solo recitals she performed in cities including Los Angeles, New York, Cincinnati, and Chicago in programs that featured art songs from a variety of eras and regions, opera arias, and spirituals. Kathleen Battle has continued to pursue a number of diverse projects including the works of composers who are not associated with traditional classical music, performing the works of Vangelis, Stevie Wonder, and George Gershwin. In August 2000, she performed an all-Schubert program at Ravinia. In June 2001, she and frequent collaborator soprano Jessye Norman, performed Vangelis’ Mythodea< .em> at the Temple of Olympian Zeus in Athens, Greece. In July 2003 she performed at the Ravinia Chicago Symphony Orchestra Gala with Bobby McFerrin and Denyce Graves.

In 2006 she and James Ingram sang the song ‘They Won’t Go When I Go’ in a Tribute to Stevie Wonder and she began including Wonder’s music in her recitals. In July 2007 she debuted at the Aspen Music Festival performing an all-Gershwin program as part of a season benefit. In October 2007, at a fundraiser for the Keep a Child Alive Charity, Kathleen Battle and Alicia Keys performed the song Miss Sarajevo written by U2’s Bono. On April 16, 2008, she sang an arrangement of The Lord’s Prayer for Pope Benedict XVI on the occasion of his Papal State visit to the White House. This marks the second time she sang for a pope. (She first sang for Pope John Paul II in 1985 as soprano soloist in Mozart’s Coronation Mass.) Later that year, she performed ‘Superwoman’ on the American Music Awards with Alicia Keys and Queen Latifah. Since that time she has appeared in the occasional piano-voice recital, including a recital of works by Schubert, Liszt, and Rachmaninoff in Costa Mesa, California accompanied by Olga Kern (February 2010) and a recital in Carmel, Indiana accompanied by Joel A. Martin (April 2013). Battle has received six honorary doctorates from American universities. They include: the University of Cincinnati, Westminster Choir College, Ohio University, Xavier University, Amherst College, and Seton Hall University. She also received a NAACP Image Award – Hall of Fame Award, 1999. Kathleen Battle the Grammy-winning soprano had appeared with the Met 224 times by 1994, when Joseph Volpe, then general manager, fired her from a production of Donizetti’s La Fille du Régiment a week before opening night, citing, with a bluntness unusual in classical music, her “unprofessional actions during rehearsals.” Stories quickly circulated about what was described as diva like behavior and rudeness toward colleagues, including demands that other singers leave rehearsals when she was singing and not look at her mouth during duets. 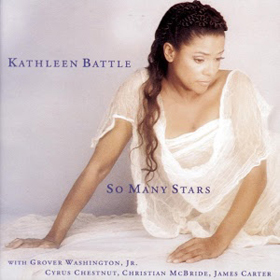 Battle was said to arrive late to rehearsals, leave early or not to show up at all. Nor was Fille the first case of her being temperamental: The year before, she withdrew from a Met production of Strauss’ Der Rosenkavalier after clashing with the conductor. A few months before that, in a season-opening appearance with the Boston Symphony Orchestra, she was said to have changed hotels several times and banned an assistant conductor from her rehearsals. “I was not told by anyone at the Met about any unprofessional actions,” she said in a statement after being fired, adding, “All I can say is I am saddened by this decision.” Her dismissal — and return — calls to mind past tempestuous clashes between opera divas and impresarios. Callas, one of the great sopranos of the 20th century, was fired by the Met in 1958 after a dispute over which roles she would agree to sing. She, too, was rehired, in 1965, and returned to give two final Met performances of Tosca that are now considered legendary. (“Kathy Battle,” Volpe later recalled telling her manager when he terminated her contract, “is no Callas.”) Upon her return Kathleen Battle will give a recital called Kathleen Battle: Underground Railroad — A Spiritual Journey, accompanied by Joel Martin on the piano and by a choir led by James Davis Jr., the director of Music Ministries and Fine Arts at the Abyssinian Baptist Church in Harlem. Battle, who has performed versions of the program in Philadelphia, Detroit and Baltimore, said that she was excited to bring it to the Met. “Spirituals have the power to uplift and to heal, and we certainly need that in today’s world,” Kathleen Battle said in a statement. “This is a program which brings together my musical background and my cultural heritage, in the acoustical splendor of the Met.”