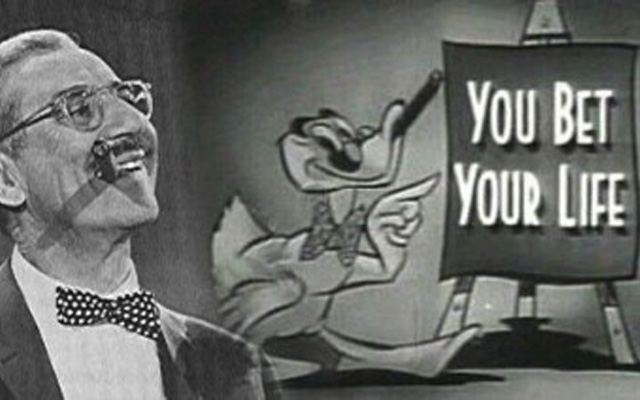 No one knew more about appropriation, cultural appropriation – in fact, any kind of appropriation – than Groucho Marx. Most comedians do, but none more so than Groucho for in seeking the humour in life he left no stone unturned, seemed to hurt everyone and no one. People threw a lot at him, but could make nothing stick; critics tried to put him down, even dissect his humour as if they were dissecting a frog, to find his Achilles heel, but it was nowhere to be found. But then, as E.B. White once said: “humour can be dissected like a frog, but the thing dies in the process, and the results are discouraging to any but the purely scientific mind…”

Where was I going with that? Probably nowhere, but get this: Warner Brothers once tried to sue Groucho Marx and his Marx Brothers for allegedly appropriating the name “Casablanca” in the name of one of the Marx Brothers’ revues. And guess what Groucho Marx did? He wrote them a letter reading them the riot act covering everything they ever needed to know about “appropriation” – cultural or otherwise. It pays to read the letter in its entirety, especially today, when we live under a cloud of “cultural appropriation”, with accusations flying around, especially threats of suits (lawsuits and others). So here’s some essential reading for us, before anyone out there really does go off the deep end and petitions the United Nations Organisation about declaring the big “C” with the dreaded “A” attached, you know, well a crime against humanity, read on…

Apparently there is more than one way of conquering a city and holding it as your own. For example, up to the time that we contemplated making this picture, I had no idea that the city of Casablanca belonged exclusively to Warner Brothers. However, it was only a few days after our announcement appeared that we received your long, ominous legal document warning us not to use the name Casablanca.

It seems that in 1471, Ferdinand Balboa Warner, your great-great-grandfather, while looking for a shortcut to the city of Burbank, had stumbled on the shores of Africa and, raising his alpenstock (which he later turned in for a 100 shares of common), named it Casablanca.

I just don’t understand your attitude. Even if you plan on releasing your picture, I am sure that the average movie fan could learn in time to distinguish between Ingrid Bergman and Harpo. I don’t know whether I could, but I certainly would like to try.

You claim that you own Casablanca and that no one else can use that name without permission. What about “Warner Brothers”? Do you own that too? You probably have the right to use the name Warner, but what about the name Brothers? Professionally, we were brothers long before you were. We were touring the sticks as the Marx Brothers when Vitaphone was still a gleam in the inventor’s eye, and even before there had been other brothers – the Smith Brothers; the Brothers Karamazov; Dan Brothers, an outfielder with Detroit; and Brother, Can You Spare a Dime?. (This was originally “Brothers, Can You Spare a Dime?” 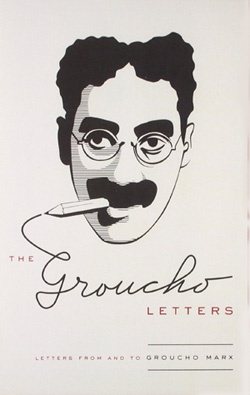 but this was spreading a dime pretty thin, so they threw out one brother, gave all the money to the other one, and whittled it down to “Brother, Can You Spare a Dime?”)

Now Jack, how about you? Do you maintain that yours is an original name? Well it’s not. It was used long before you were born. Offhand, I can think of two Jacks – Jack of Jack and the Beanstalk, and Jack the Ripper, who cut quite a figure in his day.

As for you, Harry, you probably sign your checks sure in the belief that you are the first Harry of all time and that all other Harrys are impostors. I can think of two Harrys that preceded you. There was Lighthouse Harry of Revolutionary fame and a Harry Appelbaum who lived on the corner of 93rd Street and Lexington Avenue. Unfortunately, Appelbaum wasn’t too well-known. The last I heard of him, he was selling neckties at Weber and Heilbroner.

Now about the Burbank studio. I believe this is what you brothers call your place. Old man Burbank is gone. Perhaps you remember him. He was a great man in a garden. His wife often said Luther had 10 green thumbs.

What a witty woman she must have been! Burbank was the wizard who crossed all those fruits and vegetables until he had the poor plants in such confused and jittery condition that they could never decide whether to enter the dining room on the meat platter or the dessert dish.