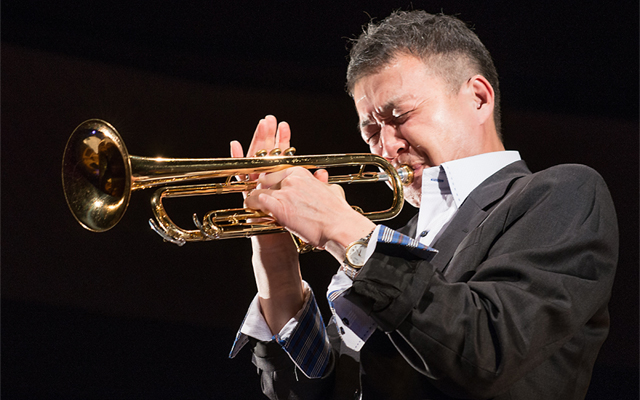 From A Trumpeter’s Lips To God’s Ear: Never Defeated – The Shunzo Ohno Story

The documentary short Never Defeated: The Shunzo Ohno Story may feature just two dramatic incidents in the trumpeter Shunzo Ohno’s life but they were life-defining moments but it is a film about the triumph of life. First, the automobile accident on Christmas Eve, 1988 and in 1996, the discovery that he had Stage 4 cancer of the tonsils threatened not only to derail his career, they threatened his very life. To recover from both was nothing short of miraculous. The fact that Ohno was able to play again was just as important a miracle and this is what this short documentary is all about. Narrated by Ohno’s friend, the bassist Buster Williams, it is a poignant story, which is rightly told by the trumpeter himself. 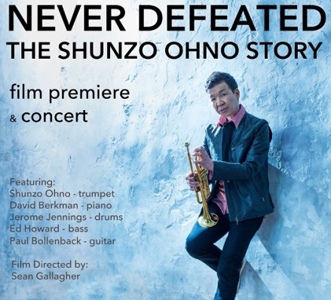 The most striking aspect of the film is the calmness with which Ohno tells his story. Two near-death experiences and you would think that a person – a personality as famous as Ohno – would have added the element of drama when telling the story. However, that would be completely out of character. The trumpeter has been stoic in pain, even as he relives those cruel moments in his life. Shunzo Ohno was born to a rather existence in the Gufu Prefecture of Japan in 1949. Music was clearly his all-consuming passion as we learn this from a brief flashback to his childhood. His request to his father to buy him one fell on deaf ears. Too poor to afford a trumpet, Ohno would have to wait for his recruitment by his high-school band and the rest, as they say, is history.

Shunzo Ohno cut his proverbial teeth absorbing the jazz life in Tokyo until 1974, when a chance encounter with Art Blakey led to an invitation to come to New York City. Ohno learned quickly and bitterly that it would be hard to pay his dues, both literally and figuratively as well. Then came the accident and not yet a decade later, the cancer. By now we realise the Shunzo Ohno is no ordinary man and no ordinary musician either. There is a subtle hint in his most notable composition ‘Musashi’ for which Ohno received a rare honour that made him the first Japanese jazz musician to receive the First Prize at the International Songwriting Competition. The film has some sequences of the song in its soundtrack, one largely made up of Ohno’s spectacular music.

Clearly Shunzo Ohno is no ordinary man. A spectacular trumpeter and an even greater musician, he has still not been recognised for his extraordinary musicianship. Despite the fact that he has been accorded the respect that he deserves, it might take years before legions of jazz fans to catch up to his magnificent work. This documentary short may not be the place to catch up to Ohno although a deeper focus on his music might do the trick. That, however, may be the subject of a longer documentary. One can hardly wait.