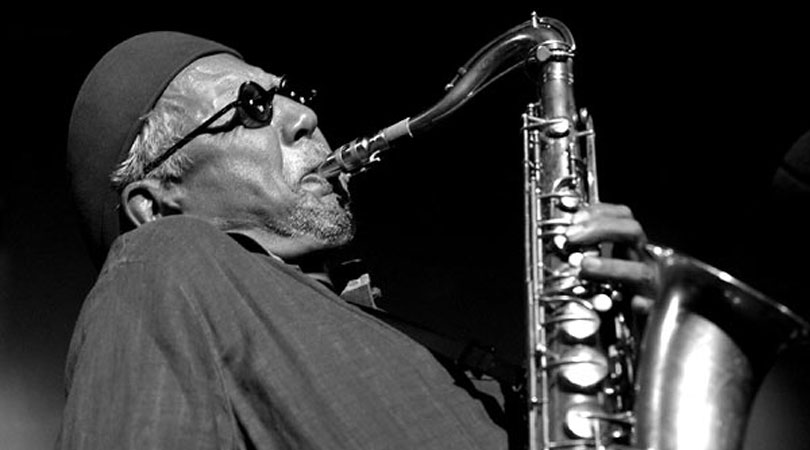 Charles Lloyd has always been considered unique among jazz musicians. The tenor and sometime alto saxophonist flutist and other exotic reeds player has directly descended from Lester Young. Mr. Lloyd whose notes fall like dew into limpid pools can also sound as if he plays in long elegant lines that swivel and swerve in the air where they seem to dally and hang interminable in the air that is viscous with his sound of music. The tenor saxophonist arrived on the scene almost fully-formed, complete with a sound all his own and erudition well beyond his years in 1960, when he performed and recorded with Chico Hamilton, four short years before his debut as a leader. At 76 years of age, his long career as a musician has just been celebrated with a wonderful biographical film, tenderly crafted by his wife Dorothy Darr and the film-maker, Jeffery Morse. 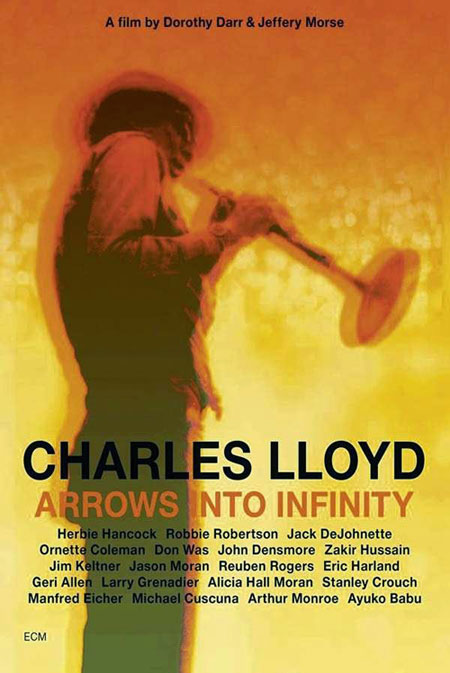 The story unfolds in Japan, where Mr. Lloyd enters a radio station to be interviewed by a programme host who is clearly enraptured by the saxophonist. From here the radio host is instrumental in making Mr. Lloyd recount in a series of flashbacks the years in which he has lived his fascinating life. From here on the film begins to unravel as Mr. Lloyd begins to re-live his life all over again. Footage moves seemingly slowly in keeping with the languorous rhythm of Mr. Lloyd’s music in a series of monochromatic and colour sequences superbly shot, which seem to caress its subject. The audience now sees the saxophonist playing, being interviewed and going about his everyday chores. In every feature the footage describes a subject that has developed an almost Zen-like existence.

Mr. Lloyd has achieved near-mythical status in his lifetime. He is the only jazz musician to be lionised by audiences in rock and folk arenas. He was, for example the first jazz musician to play at Bill Graham’s Fillmore East. He not only filled small clubs in New York, but also concert halls and arenas and his thronging audiences numbered in the thousands. His recordings through all of this reflect the oneness of his message and his music. Through all this adulation his message, one of spirituality and a fervent plea that human beings were meant to be loved, never changed. For his young audiences this was just what they wanted to hear and Mr. Lloyd seemed to be in the right place at the right time. But expediency was never his brief; rather Mr. Lloyd seemed to have a Confucian side to his character. He seemed to be just as sagacious a person as he was a musician. Naturally with a subject this fascinating the expectation is that the film delivers on all of this and it never fails to deliver on every single one of these aspects of Charles Lloyd’s life in music.

Like an extended jazz piece the film unfolds in ensemble (concerts) parts and solo (Interviews with special guests) sections where musicians and personalities such as Herbie Hancock, Robbie Robertson and Jack DeJohnette among numerous other musicians mingle in the footage that also includes interviews with Stanley Crouch, Michael Cuscuna, Manfred Eicher and Ayuko Babu. All of these personalities throw light on Charles Lloyd’s career as well on the period within the film moves seemingly as languidly as Mr. Lloyd’s music. All of the episodes in his life become fascinating as they are narrated, especially his fabled trip to the then Soviet Union. A pattern of living by faith emerges. Motifs such as the flowing of the river Mississippi and the Hudson as well as the warm waves of the Pacific Ocean recur and these reappearances become superimpositions for the ebb and flow in the existentialism of Mr. Lloyd’s life and music so that when he went into self-imposed exile, in Big Sur, the continuous lapping of the waves become a reminder that the continuity of life is never lost or broken.

Of all the characters in the film, the most fascinating is Charles Lloyd himself. A follower of the Vedanta, Mr. Lloyd has always subscribed to this, one of the most ancient religious philosophies and one of the broadest. Vedanta is based on the Indian sacred texts, the Vedas and reaffirms the oneness of existence, the divinity of the soul and the harmony of religions. Knowing this seems to have been something of a second nature to Charles Lloyd, long before he actually went deeper into the study of Indian texts and to follow Sri Ramakrishna, a famous Indian Vedanta sage; long before he went to India with his wife when he was woodshedding. It is at this point that the most poignant aspect of the film: his relationship with Ms. Darr, his lifelong partner as well as his relationship with his longest serving musicians—such as Jack DeJohnette, Michel Petrucciani, Billy Higgins and his current group of partners—unfolds. Most touching is the last years of Billy Higgins, who never speaks but his very presence in the film has a lot of meaning.

What happens now that Mr. Lloyd’s life is a virtual open book for his and another generation? A film like this, that delivers on all of the facets of its subject as well as on itself not only perpetuates the legend. Knowing Mr. Lloyd and Ms. Darr, life will go on as surely as the sea lapping at the shore of their home in Big Sur, or on the Hudson in New York. Their lives need no re-invention. The film will be remembered with every sighting of Charles Lloyd, in the concert hall or in a club and vice versa. And like in the film, a life well-lived will continue to unravel along with the music with which it is forever entwined.