Two aspects of life unite Satoko Fujii and Natsuki Tamura. The first is their musical and personal union as wife and husband and the second is that they are wholly chameleonic musicians. You can never know what is coming around the bend from the pianist and accordionist, or the trumpeter. One thing you can be rest assured of, however, and that is whatever does show will be unlike anything you’ve ever heard before; from the two or indeed any other musician playing piano, accordion or trumpet.

There are few pianists who have committed themselves more determinedly to the ceaseless quest to extract pure acoustic music from the instrument than Satoko Fujii. Remarkably, being Japanese and therefore someone to whom the “visual” nature of language takes over when expressing anything, Miss Fujii uses an unique system of “phonetics” which drives her tireless acoustical experiments. These also include white noise, feedback and chance operations that arise from playing inside the piano while strumming, plucking and hammering the strings with fingers, fingernails and sometimes with found objects. The only predictable outcome of this is that her grand piano is turned into a string and percussion chamber ensemble.

Few musicians are as well-met as Satoko Fujii and Natsuki Tamura. The trumpeter appeared on the music horizon, seemingly swept in by the 1970s and Miles Davis’ electric/electronic tsunami. When the tide ebbed, however, Mr Tamura emerged as a musician without the biting irony of Miles Davis, but like the master Mr Tamura has also completely rejected the weight of convention. On all but one of these four recordings (below), playing with a mind as wide open as a volcano, Natsuki Tamura has stretched trumpet-playing embouchure to the outer limits of possibility.

Additionally Mr Tamura has unwittingly fallen in line the key precepts of Werner Heisenberg’s Uncertainty Principle. Just like the fact that there is a “fundamental limit to the precision with which certain pairs of physical properties of a particle, known as complementary variables, such as position x and momentum p, can be known”, Mr Tamura’s notes and chords, melodies and rhythms, sounds and silences behave in like manner. And so also, like empirical science is the attraction between Satoko Fujii and Natsuki Tamura, who can be found spinning elliptically around one another as atomic particles, so also as musicians. 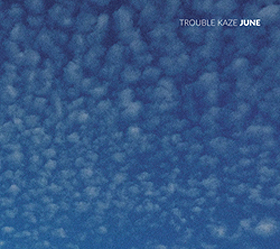 Trouble Kaze: June The innovatively-named Trouble Kaze personifies the conundrum of whether the group Kaze – with an trumpeter (Christian Pruvost), pianist (Sophie Agnel) and drummer (Didier Lasserre) – now constitutes a double trio or a triple duo. The answer, provided by Peter Orrins, a charter-member of Kaze, is Trouble Kaze. That “Trouble” aspect of Kaze metamorphoses into Lernaean Hydra-like music that seemingly sounds at once melodic and discordant, harmonic and dissonant, rhythmic and timelessly arrhythmic as Satoko Fujii and Sophie Agnel, Natsuki Tamura and Christian Pruvost and Peter Orrins and Didier Lasserre merge in accelerations and crescendos, then separate into tripartite dialogue in which independent tempi are combined or fragments of sound fly between the groups through the five-part piece – until, as in the work’s climax, when a great brass chord swirls around the group before it is smashed by pianos and drums. 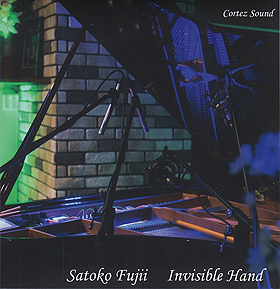 Satoko Fujii: Invisible Hand It’s a little strange to think of this two-disc set as having songs separated by titles. It’s difficult indeed to think of having to refer to this music in terms of being “songs”. This would almost lead to a negation of the perception of Satoko Fujii as a musician and pianist who thumbs her nose at every pianistic convention. However, a careful listening of the record finds one marveling at the flow of musical ideas; seamlessly pouring themselves one into the other, as if all the great rivers of nations joined in a celebration of themselves as a live-giving force. And so even as one “song” is called “Invisible Hand”, for instance and another is “Gen Himmel”…and so on, the spatial dimension of this music – each and every component linked to each other – is what makes the most immediate impact. Arrayed on all sides of the audience of the Cortez Club in Japan, each note and each phrase is its own conductor, but they all merge into a great orchestral whole as Satoko Fujii’s left and right hands dazzle at the keyboard. 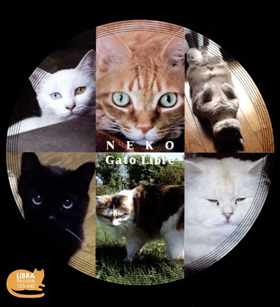 Gato Libre: Neko In the prosody of her short note introducing Neko Satoko Fujii describes how Natsuki Tamura has had to pick up the pieces of Gato Libre twice after they were shattered by death. The first was the passing of his friend and bassist in the group’s original incarnation, Norikatsu Koreyasu in 2011 and then the guitarist Kazuhiko Tsumura in 2015. Bothe times the will to carry on deserted Mr. Tamura and it was only at the insistence of the bassist’s and the guitarist’s wives that, on separate occasions, persuaded the trumpeter to continue the work of Gato Libre. The music of Neko gives us a strong sense of this grief. The elemental wails of Natsuki Tamura’s trumpet, followed by the plaintive bleating and groaning of Yasuko Kaneko’s trombone and the melancholia of Satoko Fujii’s ubiquitous accordion create an elemental dirge into which Natsuki Tamura introduces his fabled warbling and near-silent screaming before issuing his iconic apocalyptic shouts. 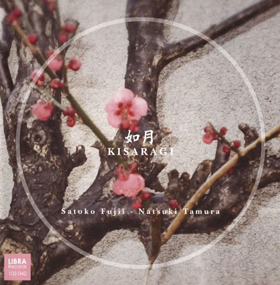 Satoko Fujii – Natsuki Tamura: Kisaragi Kisaragi makes its magnificent assault on the mind’s ear like monumental, pulseless music made up of great blocks of seemingly static, but subtly changing, textures whose component parts still manage to flow in and out of each other. One spectacular example is “Kunpuu” which early on features a vast chord covering several octaves played by Satoko Fujii, the sound changing as Natsuki Tamura gradually withdraws from the proceedings. Elsewhere, on Hakusyo” Mr Tamura’s warbling trumpet is swathed in the deafening echo of a banshee dying to the knell of a pulsing bell. The full impact of Kisaragi must wait until the end, when it becomes overwhelming, evoking a vast wheezing organ, like a swarm of bees. Texture is everything: there are no silences instead the music is punctuated by a series of enormous crescendos. There is still as sense of sculpted sound but the combination of instrumental timbres is often radiantly beautiful, suggesting something bejewelled and glowing.