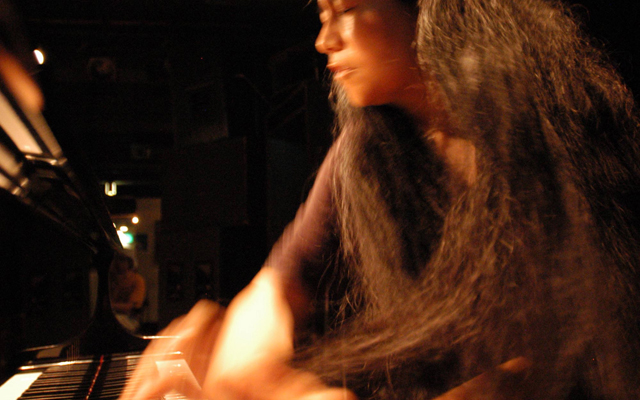 Although there are a finite number of groups in which Satoko Fujii and her music are featured her own performances are so chameleonic and this coupled with the fact that her sonic explorations only begin on the keyboard before going literally deep inside it hand make her every performance delightfully unpredictable. Add to that the fact that one is often blinded by the breadth of her improvisations and each of her recordings becomes a breathlessly anticipated occasion to celebrate.

These two late-2017 recordings (in addition to the numerous others she has released this year) are special for other reasons too. The first one, Aspiration features a monumental blowing session between her husband and long-time musical partner, the trumpeter Natsuki Tamura and the great Wadada Leo Smith. It is a collision of two erudite practitioners of the brass instrument, with one specialist – Wadada Leo Smith – having invented a whole new musical language for it.

The second recording comes from a performance at an iconic Japanese Jazz club where Miss Fujii had been invited to play on a brand new piano. On this occasion the pianist invited the violinist Keisuke Ohta to join the quartet, which then leads to extended harmonic and rhythmic meditations on two compositions between pianist, violinist and trumpet together with drums and percussion. Once again there’s no telling where the music will go despite repeated, ceaseless deep listening 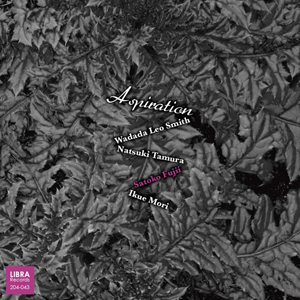 Satoko Fujii: Aspiration This is a great record by a modern pianist. It’s deeply introverted and profoundly beautiful keyboard explorations often defy logic and description. It is also a great trumpet recording not only when you consider that two of the most individualistic voices on the instrument carve the air around the studio knocking the bodies out of their instruments and mixing ferocious slashing phrases with each trumpeter creating a rhapsodic cantilena-like fabric from his single instrument. The fervor and sensitivity is combined with obvious relish in the accounts of Satoko Fujii and Wadada Leo Smith’s as well as the composition by the group. The brevity of the titles is immediately translated into music of startlingly spare aesthetic characterized by deep silences where not only the ghostly echoes of what has gone before might lurk along with what might come in the huge exhalations of the pianist, the two trumpeters and the ever-present electronics manipulator, Ikue Mori. The track entitled “Floating” is truly unforgettable if just for its explosive atmosphere throughout. 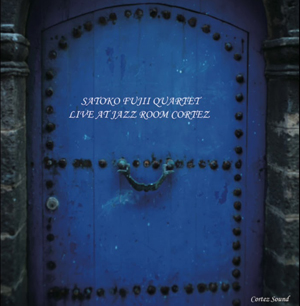 Satoko Fujii Quartet: Live at Jazz Room Cortez This live performance is Satoko Fujii at her most impressive as a pianist as well as a lightning rod between her creations and the other instrumentalists who help bring it to life. The majestic solo voices on piano, trumpet, violin and percussion instruments are well projected and the recording has great presence. The soloists often throw caution to the winds on the two tracks, each of which has numerous high points during individual soli. Each track is replete with Satoko Fujii’s avant-gardisms. Keisuke Ohta is especially poignant with quarter-tone vibrato, drawing his bow across the violin with great delicacy as well as virtuosity, while Satoko Fujii plunges into the keyboard and inside the concert grand sometimes strumming like a guitarist. All techniques make a dramatic and immediate impact. But in the end it is the group effort that is completely affecting – both on the turbulence of “Convection” as well as in the majestic harmonic adventures of “Looking Out of the Window”.