Home Music Rodney Whitaker: When We Find Ourselves Alone 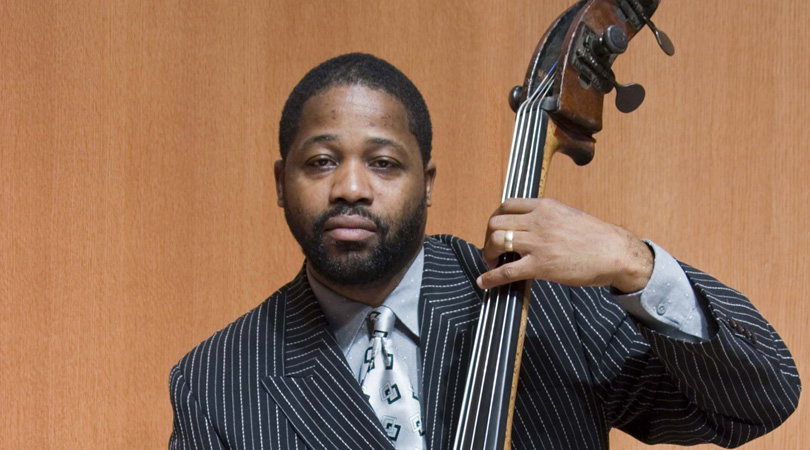 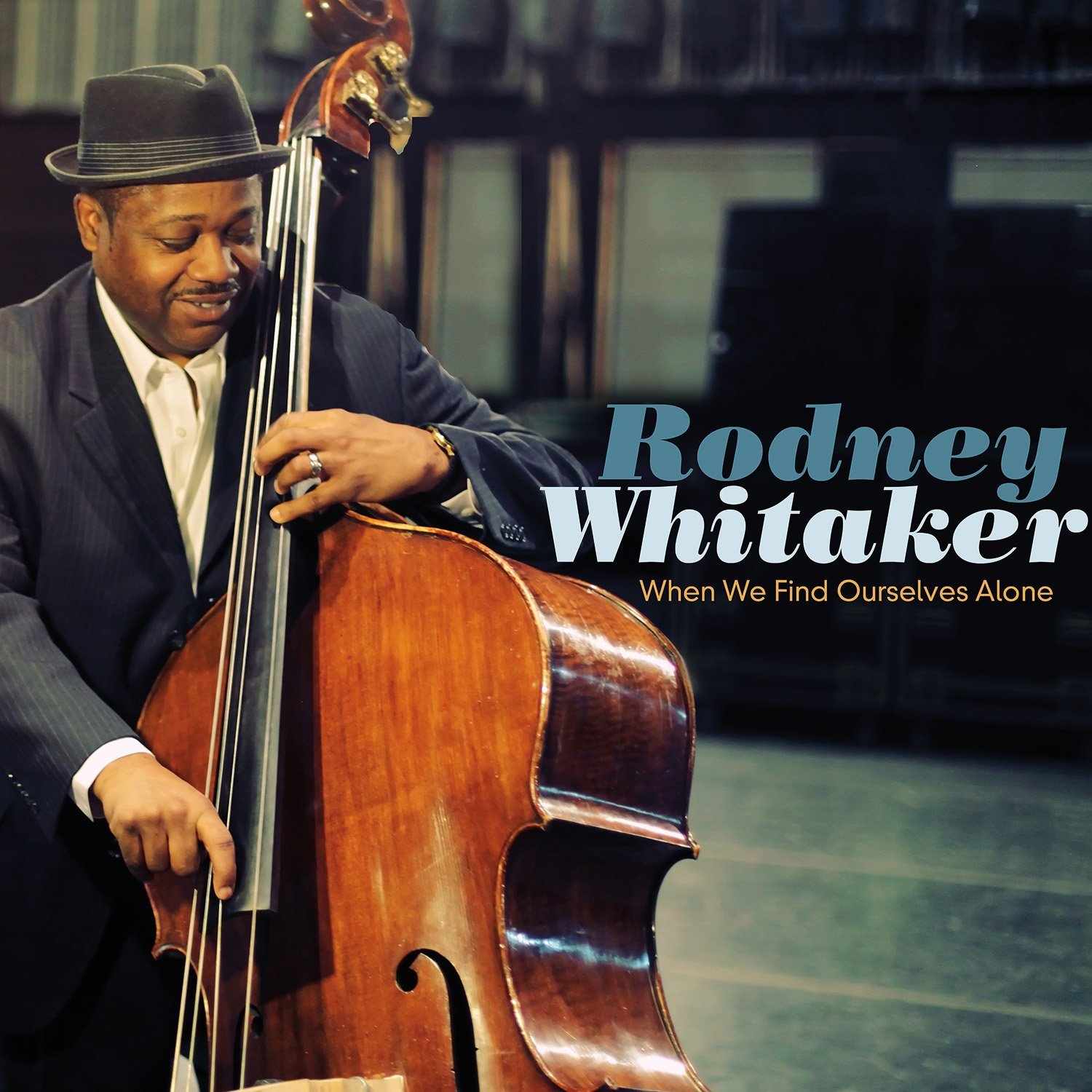 This album, When We Find Ourselves Alone is a rather profound recording. While it swings immaculately it is also rather melancholic—even brooding. The inclusion of the ever-so-talented and vastly underrated saxophonist Antonio Hart, who wails mightily is another reason for the rather indigo colours and dense textures of the songs. Deep song comes to mind. Not that Rodney Whitaker is not spritely on bass. In fact his solo on “When You Played with Roy,” features a classic swinging, melodic and spirited retinue of notes that seem to fly off the strings. Still the music is generally elementally sad especially with the opening track, “The World Falls Away.” This is not a bad thing at all. In fact it shows that the bassist has a rather interesting side to him that resembles (musical) aspects of Duke Ellington’s “Mood Indigo,” and that legendary suite “Black Brown and Beige.” And if that were not enough evidence of the bassist’s masterful enactment of quasi-tragic and cathartic effects in song, just listen to the opening bars of “Autumn Leaves,” which includes a masterful duet with a wonderful vocalist, Rockelle Fortin and a simply magnificent bass solo before the song seems to break into dry Fall sunshine.

Mr. Whitaker is a fine bandleader. Here he commands his troops with finesse and great intellect. This is because he is a very astute musician and a bassist of sometimes rapturous and ecstatic flair. However, here, Mr. Whitaker is almost shy and retiring. His role is largely restricted to an accompanist and because he is such a careful listener his playing is wonderfully soft and unobtrusive. But make no mistake Rodney Whitaker is one of those bassists who is on the cutting edge of his generation. His notes are fat and plump, but they can also be sharp and incisive when the need arises. He plays with melodic flair dancing around root notes as he swerves masterfully through chord after interesting chord. Mr. Whitaker hardly repeats himself. Time and time again the music may be arranged so that similar chords and therefore similar moods and elements might be sounded in unison, but Mr. Whitaker always seems to sound fresh and inviting. There are no tired notes, no frequently similar visitations of chords and (therefore) harmonies.

The other wonderful aspect of this album is that it is an almost half-vocal one featuring some fabulously stylish vocalastics by the beguiling Rockelle Fortin. Her performance on “You Go to My Head” is absolutely stunning. Ms. Fortin’s smoky voice is sensuous; her phrasing is spectacular and like a Spanish singer who puts a twist in the heart of the listener, Ms. Fortin affects the listener, especially when she duels with Antonio Hart’s saxophone. This chart also features a fine solo by Mr. Whitaker who paces his leaping notes in tempi that accelerate the heart and quicken the rush of blood to the head. Her “Freedom Day” pays unstinting tribute to the legendary Abbey Lincoln and features some of the finest saxophone and bass playing on this recording. The arrangement of Bronislav Kaper’s “Invitation” is daring and new, and features some abrupt changes in rhythm that recall the forward thinking of Charles Mingus—not obviously an influence, but who can escape the shadow of the great one? Yet the recording is uniquely Rodney Whitaker. It swings and sings in the best manner of jazz and is something that Mr. Whitaker will surely look back upon with pride in the days ahead.

Track List: The World Falls Away; When You Played with Roy; Autumn Leaves; Jamerson’s Lullaby; You Go to My Head; Invitation; Freedom Day; A Mother’s Cry; Mr. Magic; When We Find Ourselves Alone; Lost Alone in You Again.

Internationally renowned bassist and Mack Avenue recording artist, Rodney Whitaker, currently holds the titles of Professor of Jazz Bass and Director of Jazz Studies at Michigan State University where he has built one of the leading jazz degree programs and performing faculty in the United States of America. He is considered one of the leading performers and teachers of the jazz double bass in the United States. Whitaker has performed and toured with over 100+ legendary performing jazz artists over the past 25+ years. Featured on more than 100+ recordings – from film to compact discs – Whitaker’s film scores, China, directed by Jeff Wray, was released on PBS Fall 2002 and Malaria and Malawi, released on PBS Fall 2010. Also, Whitaker has a DVD release featuring Michigan State University’s Jazz Department entitled, “Inside Jazz” and three new compact discs entitled, “Get Ready” & “Work To Do”—both on Mack Avenue Records and “Better Than Alright” by Michigan State University College of Music… Read more…