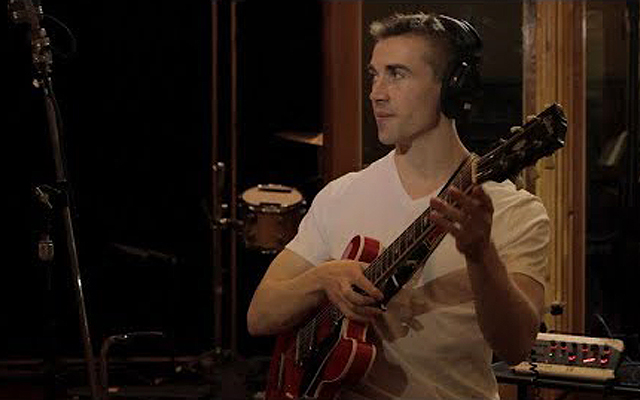 These days, the term “Jazz guitar” has become almost as ambitious as Jazz itself. It certainly does seem that way in the hands of guitarist Quentin Angus, who is gloriously adept at delivering a standard tune with a swinging beat, improvising a melodic line virtually putting a balletic, singing “vocal” into that very melodic line sometimes even informing an improvisation, with a languid-stuttering-languid rhythmic infusion to mimic a wordless “scat”, then dissolve into a series of cries and whispers as if in the throes of an elegiac vocal ballad. Nowhere is this more poignantly evident than on the music of Quentin Angus, playing one of his nine charts on In Stride.

The Australian-born musician now, happily, lives in New York and that has enabled him to hone his prodigious skills playing with some of the most in-demand musicians, two of whom – bassist Sam Anning and drummer Ari Hoenig – join him on this wonderful disc redolent of originals that virtually peal like a million bells in their ringing melodies. 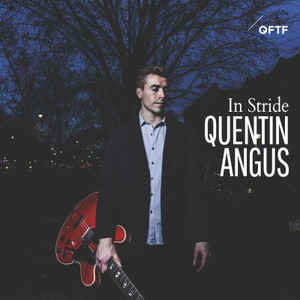 These are also interspersed with inspirational renditions of old standards and what could easily be described as new ones, judging by the number of times they have been interpreted in various styles of music.

Through it all Mr Angus plays music that remains well-formed and mature. His style, wonderfully “singing” in an animated sort of way is also deceptively quiet, his limpid, euphonious tone artfully leavening his logical but nonetheless oblique and unpredictable melodic thinking. The added support of two highly empathetic musicians – Mr Anning and Mr Hoenig – enables him to get inside complex tunes such as Charlie Parker’s classic “Segment”, neither musicians overplaying their hand despite being handed the wheel for short, but intense moments in time.

The music on the album appears to move fast; that is much of it is rhythmically brisk, but this does not stop Mr Angus from dallying over melodies caressing them ever so lovingly up and down the neck of the guitar. This often affords him an extraordinarily higher pitched voice, like a proverbial falsetto as in his own “Droplets”. But while many guitarists love to stay close to the guitar body, creating maximum tension on the strings and singing shrilly, Mr Angus likes to vary his “voice” by sliding his fingers deep into the bottom of the guitar, exchanging a proverbial bellow or two with his bassist.

The music is wrapped in a warmth and detail that makes each of the instruments stand out as well as melt into each other and this (engineering) deserves its own credit.