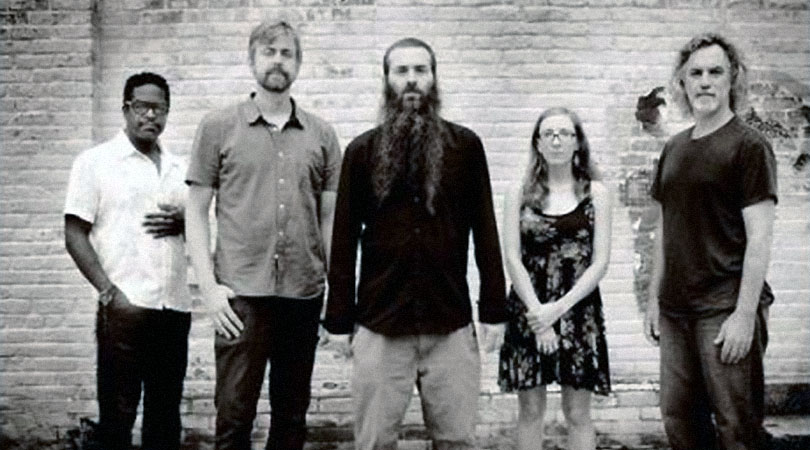 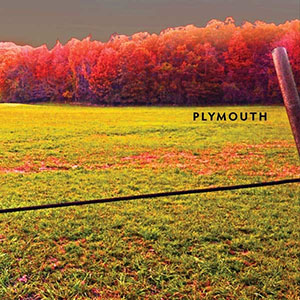 Eschewing electronic toys and other (usually necessary) electronic peripherals, Jamie Saft and his ensemble have become somewhat “contemplative,” which is probably the only word that can be ascribed to the music that charges out of the gate on Plymouth, a densely coloured tapestry that appears to traverse the cultural topography of the glorious swathe of land tucked away in the south of Devon (some might read heaven). And could well have been; Plymouth that is…a city that dates back to the Bronze Age and rose to prominence during Roman times. The tumult dwells in the grass of Plymouth, still a proud city, whose motto reads Turris fortissimo est nomen Jehova (The name of Jehovah is the strongest tower). The musicians of Plymouth may abide in or out of this history; certainly they seem to come from out of time; and their music from out of the primordial realm of space and time. And then again, it may abide in the Pilgrims.

And what a pilgrimage this is! The music reflects that in its spectral and fourth dimension suggested by the visceral energy of the organ’s keys and the wild rumblings of Joe Morris’ guitar; or is it Mary Halvorson? Somehow it may be discerned that both are there- Ms. Halvorson seeming to employ a shrill and wailing slide to echo what Mr. Morris does in dissonance to Mr. Saft’s organ and his Echoplex, looping the loop with maddening pomp and circumstance. Drummer Gerald Cleaver maintains a constantly shifting pulse; sometimes with wild swishes of the cymbals and at other times with sinister depth bombs from the bass drum and the rapid tic-a-tic on the cymbal’s heads triangulating with bass and tom-tom; this entire roar unable to silence the mad frolic of Chris Lightcap’s electric bass.

All that on “Manomet,” named after, it might seem, a missing tool, it might seem from the group’s bestiary. The excessive heat of the music does drive up the temperature that settles like a cloud over the band. Once they are scorched by the heat of music minds expand; souls take flight and the music becomes a sonic hallucinogen passed around from instrumentalist to instrumentalist until the music consumes everything—mind and body and soul. The more the group improvises and plays—the two guitarists contrapuntally—the closer they are to a sort of sonic boom where the souls become the music’s sacrifice until with one fell swoop the guitars’ close out with a colossal karate chop. On “Plimouth,” so obviously a play on the title and the band’s name, the plunking of the piano by Mr. Saft is so deceptive.

Moreover he leads the other musicians into an interminable dance all the while bearing down on the keys of his organ. This seems to signal the rise of a portentous wave that will become a mighty crescendo as, it seems, a proverbial wind whips up the harmonics of the music while the rhythmic protagonists become what can only be describes as a musical vortex, swallowing in the music eventually. “Standish” is calm, angular, even quirky but not by Jamie Saft’s standards. It features maddeningly delightful guitar work from Mr. Morris and Ms. Halvorson, punctuated by delicate percussion colouring by Mr. Cleaver and nimble bass work by Mr. Lightcap. This is a remarkable album, both for creativity and unbridled energy and will be remembered for a long time to come.