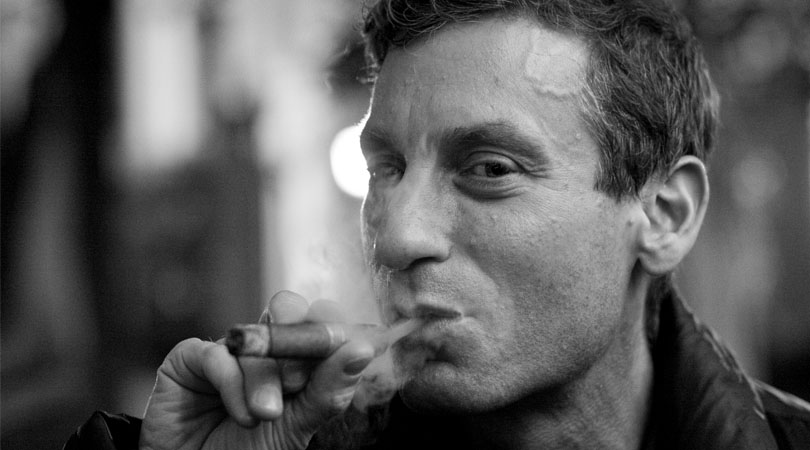 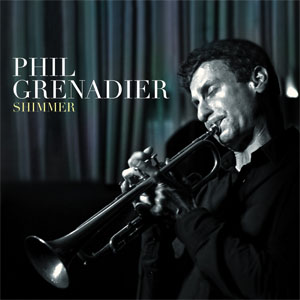 In the turning and twisting of Phil Grenadier’s yammering—and sometimes raucous—lines, lurks a gentle swinging lyricism that has become the hallmark of his playing through his three albums as leader and through the duo one made with bassist Bruno Råberg as well. On this recording, Shimmer one made up entirely of music from the American Songbook, standards, from Broadway and Tin Pan Alley to the book of the great Wayne Shorter as well. The idea that they shimmer is so utterly true; the music here seems to be aglow as the trumpeter runs the melodies down, ably assisted by bassist Will Slater, who has proven himself to be a sublime harmonist, Karen drummer Karen Kocharyan, who is not only an excellent timekeeper, but also a drummer who uses colour to accentuate melodies and the rich harmonies and one who is melodious and often suggests alternate routes of improvisation to both the trumpeter as well as the bassist. Thus the trio is unique in the many-splendored music that unfolds on music that has been played often, yet sounds so new and wondrous in the re-invention of some of the most beautiful and classic charts. Although the spotlights have been equally distributed during the playing much of this is due to the magnificent virtuoso playing of Phil Grenadier.

Mr. Grenadier is that kind of trumpeter who focuses not on melody, but rather strives for pure tone through exploration of the timbre of his instrument. When he plays thus he makes short, but poignant stabs at the air expelled through the bell, by controlling the valves as a pianist controls the pressure exerted on the piano. Head perpetually cocked to one side like Lester Young, Mr. Grenadier never lets on what is coming this way or that. Instead he shuts his eyes and plays those long lines laced with trumpet chatter and melodies that are wrought from gleaming brass and bathed in the bronzed light of the fierce morning sun. Because he is rather forthright, his notes are heated almost to melting point of brass. His melodic invention is as varied and alive as Medusa’s gloriously living head. Mr. Grenadier shots lines out of the bell of his horn. Sometimes he might pull them back, playing harmonic inversions. At other times he may begin his lines somewhere in the middle of the melody advancing and pulling them back in reverse. Thus the tantalising manner of his playing seems alive with many roots and many branches. In this respect his soli are most like Those of Sonny Rollins; breathtaking in their continuum and the raw energy with which they come alive.

But it is not only Mr. Grenadier who shines. His bass player, seemingly moulded in the likeness of his own brother Larry, seems to be equally inventive as Larry Grenadier. Mr. Slater brings a stunning array of harmonic richness to this project. He is also truly melodic in his approach to his playing. In this regard, he must have schooled himself in the ways of Ray Brown, but over the years has developed a voice of his own. Drummer Karen Kocharyan is wise to the melodies that are being re-invented and contributes much in this regard. Between the three musicians, they have managed to bringing the charts alive with much beauty and newness.

Track List: You Don’t Know What Love is; Stella by Starlight; Yesterdays; I Hear a Rhapsody; I’ll Remember April; In a Sentimental Mood; Footprints.

Throughout a career that spans nearly three decades, trumpeter Phil Grenadier has emerged as one of jazz’s most imaginative and innovative players. His two albums as leader, 2000′s Sweet Transients and 2003′s Playful Intentions, have won him copious international acclaim, while his collaborations with a broad array of notable musicians demonstrate the raw talent and adventurousness that led the San Jose Mercury News to call him “a trumpeter of rare fluency and depth.”

Growing up in a musical family in San Francisco, he and his brothers Larry and Steve were all introduced to trumpet in childhood by their father Albert, who handed his lifelong love of music down to his sons. Although Larry and Steve eventually gravitated towards bass and guitar, respectively, Phil wholeheartedly embraced the possibilities of trumpet and made the instrument the focus of his musical life. The three brothers played together in their high-school band and various other combos, performing together at such renowned festivals as the Monterey Jazz Festival, the Russian River Jazz Festival and the San Francisco Jazz Festival.

Meanwhile, Phil’s rapidly-developing trumpet skills won him considerable attention around his hometown. By the time he was 16, he was working regularly as a sideman, performing alongside such legends as Ella Fitzgerald, Mel Tormé, George Shearing, Tony Bennett, Carlos Santana, James Brown, Sammy Davis Jr., Dionne Warwick and Steve Smith’s Vital Information. He was just 17 when he was voted Best Jazz Soloist by both Down Beat magazine and the California Music Educators Association.

A move to New York in 1988 helped to further broaden Grenadier’s musical horizons. There, he taught jazz trumpet at the Mannes College of Music, and worked extensively with noted saxophonist/composer Bob Belden, playing on two of Belden’s Blue Note albums and numerous live gigs. Another strong influence during Phil’s New York years was his work with pianist Richie Beirach, with whom he worked extensively in a duo situation. “That was a great learning experience,” he recalls. “Performing with such a harmonic genius reinforced my natural affinity for ‘outside’ improvising, and spurred me to dig deeper in myself.”

During his time in New York, Grenadier also performed and recorded with such notable musicians as Owen Howard, Chris Potter and Seamus Blake. In 1995, Grenadier relocated to Boston, where he’s continued to embrace new musical challenges while recording and performing around the world. 2000 saw the release of his first album as a leader, Sweet Transients, which also featured Ethan Iverson and Bill Stewart. It was followed in 2003 by Playful Intentions, whose cast also included the likes of Kurt Rosenwinkel and Jeff Ballard. While continuing to develop his own music, Grenadier has remained in demand as a sideman and collaborator. One particularly fulfilling project has been his work with seminal guitarist John Scofield. In 2007, Grenadier toured across Europe, South America and the United States with Scofield’s group, which also included bassist Steve Swallow and drummer Bill Stewart, with the tour culminating in a sold-out performance at NYC’s Carnegie Hall.