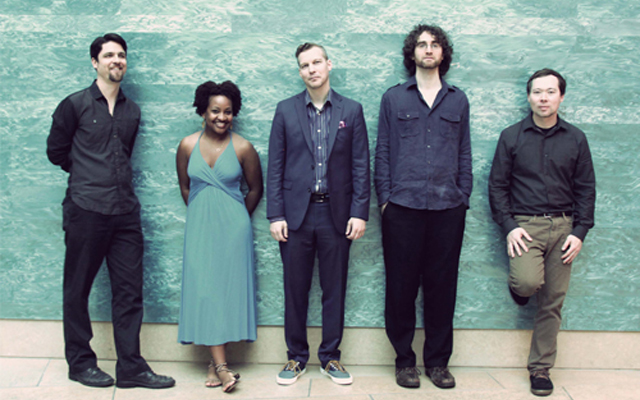 Nori is not simply an unusual name for an ensemble that mixes a host of musical styles, but it is also unique. Their debut recording World Anew gives notice that the ensemble’s rare genius for making listeners hang rapturously on every word and gesture sung and played. The album is lovingly planned rather than random. Songs may not have been written in sequence but the group suggests – and rightfully so – that the album is listened to chronologically from one to nine. In fact all of the songs are more than tangentially connected to one another forming a dramatic narrative in which the lyrics – all sung by the gorgeous mezzo of Akina Adderley – are pregnant with meaning and ‘Just a Man’ features a story potently aligned to the events that led to ‘Black Lives Matter’. 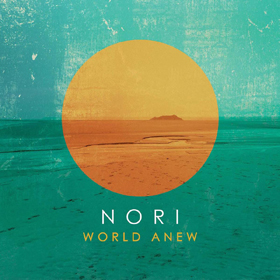 Despite moments of lyrical introspection, Nori’s music, on the other hand, possesses an insouciant spirit and freedom that comes from an extensive understanding of jazz. World Anew depicts the dark struggle of the oppressed with and against the forces of life, eventually finding resolution in the image of sunrise. The imagery of the sun, looming large on both the cover art of the disc as well as in the opening song ‘A New Sun’ is often powerful and visceral. Adderley’s soulful vocals are rooted in Sarah Vaughan’s and together with the rest of the band, feature jazz-style modal and harmonic inflections reminiscent of the many giants who came after John Coltrane.

The music envisaged by Nori comes from various corners of the musical world. But the group is vocal-driven. Adderley’s style is expressive rather than expressionist, lyrical, reflective, sometimes beautifully so, such as in ‘Just a Man’ and ‘Arirang’, a Korean folk song that is considered the unofficial anthem of Korea. The song is a reference to the Arirang Pass in mountains located in the central-north-eastern part of Seoul. More to the narrative of the song, however, the lyrics make reference to the Pass as being a lovers’ rendezvous in the land of dreams. But lest it appear that the group is all Adderley, it bears mention that the other members of Nori make significant contributions to the band’s music. Erik Telford is a magnificent trumpeter with a sound that is as expressive as Akina Adderley’s voice. Nick Litterski plays with depth and emotional beauty and Aaron Allen is a dynamic double bass player.

Together this ensemble not only tells a poignant story with World Anew they also give notice that a hugely talented group of musicians have arrived and it’s time to take notice of what they do together.