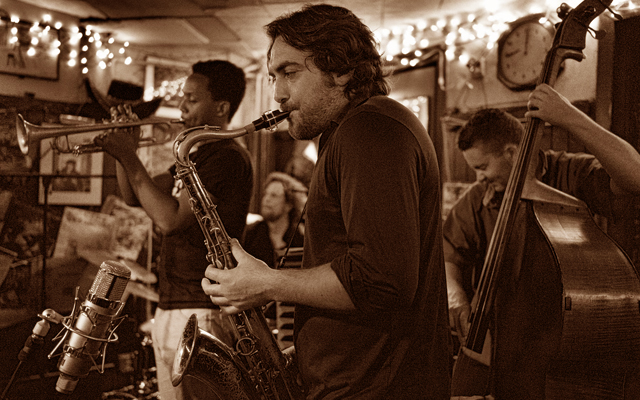 The innovative and profound interpretations of the work of Sam Cooke, Bob Dylan, George Harrison and Bruce Hornsby by Noah Preminger on Meditations on Freedom might over shadow the considerable accomplishments of his own compositions that lace this album. Written for tenor saxophone, trumpet, bass and drums – no piano, which maintains the hard edge of music – his five works are winning examples of his writing. Given that the composer’s reputation as a socially-committed artist whose sharp rebukes against racism and other rampant forms of discrimination are intertwined and juxtaposed with the angry voices of activism Preminger also holds nothing back in his pursuit of bardic lyricism and lush textures.

On Meditations on Freedom, a title that combines elements of Charles Mingus’ Civil Rights-Era writing with his own sparser scoring reveals that he is going his own, decisive way. This is nothing new for Noah Preminger who has plowed a lonely furrow ever since he first picked up the tenor saxophone. The proof is not only in Cooke’s “A Change is Gonna Come” and in “Only a Pawn in Their Game’, but also in the fervent yearning 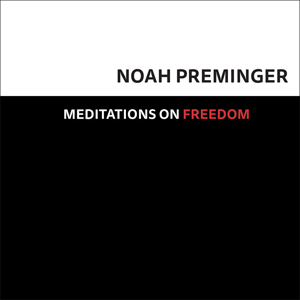 of “We Have a Dream”, “Mother Earth” and “The 99 Percent”. Though not written as blues homilies, those and other secular pieces by Noah Preminger are inspired and strangely evocative of Trinitarian doxology.

The aching phrases belie a focus on timbre rather than elemental melody, harmony or rhythm, and even Kim Cass and Ian Froman prefer tonal variety to uniformity and are not afraid to bring an astringent edge to a curvaceous melody or extra heft as in the low, sustained notes played by Cass on “Mother Earth” and “Broken Promises” and in support of soli from Noah Preminger and Jason Palmer. In response to Preminger’s reserve, Palmer’s brand of hyper-romanticism holds nothing back. The choruses on “Just the Way it Is” also serve up heaps of brilliant counterpoint, accelerated repeated phrases, wild runs and Sonny Terry-Brownie McGee harmonic tricks. Echoes of the two extended “Bukka” White pieces on the Pivot album.

On several pieces, where the thematic statements grow increasingly elaborate and the brilliant tenor saxophone part’s leaping inventions, with their deliberate ‘wrong-note’ landing points and fiery scales, Preminger and Palmer sound like two opposing voices fighting it out. However, both instrumentalists provide enough moments of calm before each successive virtuoso storm. And while Preminger capably commands his part, he also yields to Palmer’s more incisive phrasing, sharp intonation and vivid sense of character. All the members of this monumental quartet also benefit from Jimmy Katz’s closer, more detailed engineering, in contrast to often overly reverberant recordings of other artists’ works.

Track List – Only a Pawn in Their Game; The Way It Is; A Change Is Gonna Come; We Have a Dream; Mother Earth; Women’s March; The 99 Percent; Give Me Love (Give Me Peace on Earth); Broken Treaties.