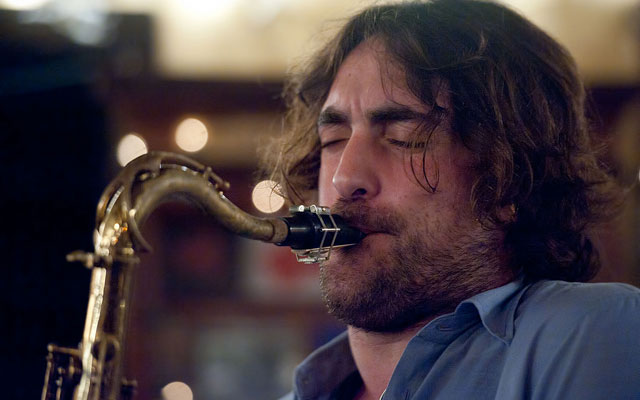 This music by Bukka White, in all its visceral energy and passion, appears to have an unstoppable momentum under the leadership of tenor saxophonist Noah Preminger, aided and abetted by his co-conspirators in this well-oiled quartet: trumpeter Jason Palmer, whose elemental howl befits these blues pieces, bassist Kim Cass, whose thunderous arcing growls keep things grounded, while drummer Ian Froman rattles his snares and drops big bombs on his tom-toms and bass drum as he chases the raw and primordial blues. The highly entertaining and gripping recording crisply executed by Noah Preminger’s quartet and captured by engineer Jimmy Katz, has an energy, drive and polish entirely apt for the compelling admixture of Bukka White’s classic blues. The depth of these written charts is aptly echoed in these dark and beautiful performances at the 55 Bar, where the explorations of the musicians do them absolute justice as they have never been done in such a context as this. The blues aesthetic recalls to mind the brilliant orchestrations of an early Ornette Coleman Quartet. There is also something about the black-and-white hue of the arrangements and the espoused era, so full of angst and foreboding, which inspired them. 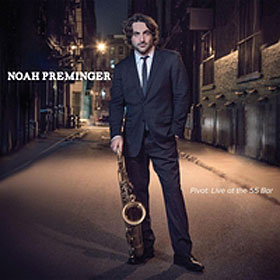 Sumptuously scored and powerfully evocative of Bukka White’s primeval writing these songs are an intensely lyrical outpouring with long-breathed, modally inflected melodic lines which frequently hint at Coltranesque hymnody (the central sections of each piece are cases in point) when Noah Preminger takes flight full of pantheistic (‘Trane, Ayler, Shepp, etc.) wonder and imbued with a real sense of widescreen spectacle as played by the aforementioned musical ancestors. The admirable Noah Preminger makes an imperious soloist and he receives most able backing from the members of his quartet especially Jason Palmer who is a fierce doppelgängers, albeit on the sharper, and more brazen trumpet. Mr Preminger’s tone is more burnished and while his notes are generally fat and round, they are often seem laced with sharp shards of bone, the flesh having been violently and unceremoniously ripped off them. Mr. Palmer, uncharacteristically for his infinitely sharper sounding instrument is often softer and almost conciliatory. Together, the two men’s raptly expansive reading of the material adds to the more than half hour of playing time of each song. But there’s no loss of grip. Ever. The full-blooded sound, too, is most memorable.

There are times when I did miss the sound of the piano, but I soon got over the dryness of not having one on this date. The moisture in the music had a keyboard been added might have taken away completely with the tinkle of the keys as opposed to what we have here instead: old-fashioned pugilism between saxophone and trumpet, bass and drums and in every other permutation and combination in which you can hear the music on this disc. Both Mr Cass and Mr Froman also play their parts with great distinction. This is crucial as the provision of excellent, sympathetic accompaniment in the rhythm department enables the soloist – whomsoever that might be at the opportune time – to undertake bold excursions that extrapolate on the melody to create dramatic and compelling stories that embellish the mercurial style of each instrumentalist. Each solo is vivid and colourful to the point where the music all but catches fire in several places; such flames of inspiration burn almost uncontrollably throughout the burgeoning music. This makes the music here all the more theatrical and characterful as the musicians set it up, break it down and glue it all back together seamlessly in the end.

Of Brooklyn-based saxophonist Noah Preminger, The New York Times declares: “Mr. Preminger designs a different kind of sound for each note, an individual destiny and story.” Preminger, just 29, has recorded numerous critically acclaimed albums and is steadily listed as one of the best tenor saxophonists by critics and readers on the annual Downbeat Poll. Three new recordings are expected by early 2016, including an all-ballads date on the French vinyl label, Newvelle Records, and live recordings from the 55 Bar and Smalls Jazz Club in NYC. Read more…