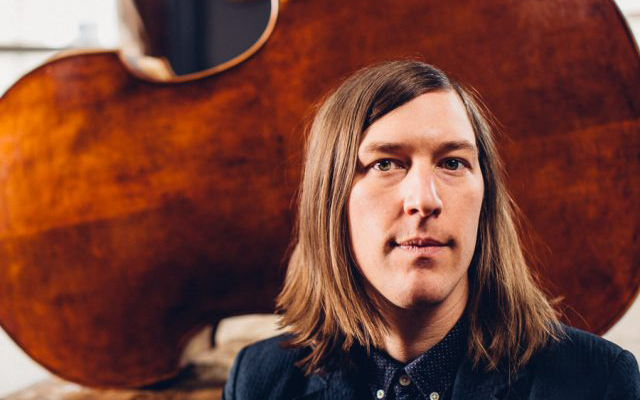 Every Matt Ulery performance, live or recorded, is an event. It’s like reading JD Salinger, or watching Ingmar Bergman films, complete with their neurotic tenderness, and the delicate framing and sense of colour of Sven Nykvist. His flamboyant recording, Music Box Ballerina was a thrillingly opulent special event of the sort that very few musicians achieve once in a career, let alone several times in rather quick succession. Jump cut to 2016 and to Festival, a recording that shows a laudable hunger to explore deeply interesting, moving repertoire of compelling quality that lies neglected apart from the attention of a few musicians who seem to have the gift of imagining aural cadence in a visual realm as well. 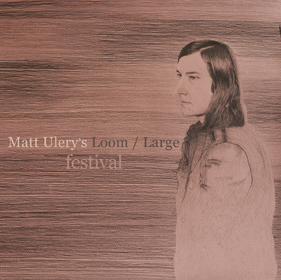 Festival features music in two incarnations: – large and small – ensembles. With regard to Ulery’s knack for surprise, how about his scoring of ‘The Peacocks’, a piece almost always played in small ensembles? To hear this ubiquitous classic configured for a 14-piece band gives the tranquil beauty of Jimmy Rowles’ piece the grand sweep it seems to really deserve. ‘Hubble’, played by the same ensemble tells, as well it should, of the mysteries that are invisible to the naked eye, or in this case to the ear. By a combination of dazzling refraction and magical carriage, we discover violins, brass and woodwinds, piano, bass and drums intertwining as if impelled by the velocity of quantum packets of energy. The next six tunes take us on a different kind of journey tapping their grand sweep both for elegiac lyricism and for romantic flourish, qualities that carry forward into the final five songs. Here, though the presence of the organ, tuba and the gorgeous vibrato that ululates at the end Russ Johnson’s trumpet lines Ulery suggests New Orleans in its inimitable glory.

It bears mention that Matt Ulery is also a bassist of considerable virtuosity. However this fact might somehow get lost in the ebb and flow of the music. And it deserves resurrection every time the composer produces another record. His intonation is luscious, sensitive to the frequent and often surprising changes of mood and emotion. Ulery, allowing himself a much wider range of tone, emphasises his music’s kaleidoscopic aspect, bringing out the poetic quality of its many splendoured episodes. He gives his entry in the songs a playful, spirited character that goes beyond the brilliant complexity of the music and brings out even harsh dissonances with uncompromisingly sustained tone. It is this character in Ulery’s playing that provokes the orchestra (first two songs) to enter into the spirit of the music with lively tuttis and well characterised wind, brass and rhythm ensembles, and even in smaller configurations with deft and colourful personality.

How can you not be inextricably drawn to a performance that is so intriguing and enduring?