Home Music John Coltrane: Both Directions at Once – The Lost Album 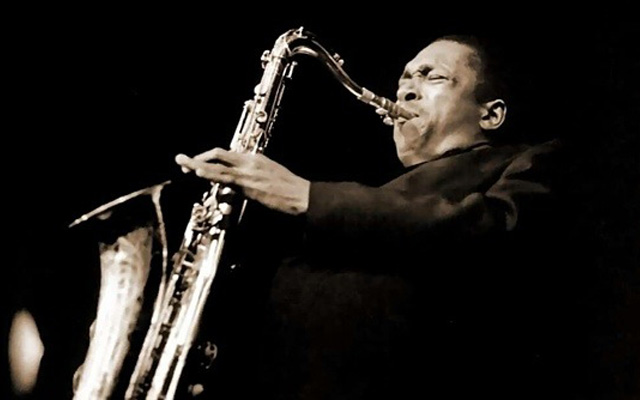 Since the advent of the 1960’s, one of the iconic images of Jazz has been that of John Coltrane the tenor-turned-soprano saxophonist, eyes squeezed tightly shut in the throes of a musical epiphany, the riveting visual counterpart of a keening wail as he exploded as in a spiritual awakening. Somehow the same image is conjured up each time the music of Mr Coltrane bursts forth from the speakers in a listening room. A by word for commitment, conviction and relentless intensity more than fifty years after his passing nothing much has changed. Even musicians elevated to the rarefied realm already, such as Sonny Rollins and Wayne Shorter continue to marvel at the musical force that he unleashed. Meanwhile a host of lesser mortals continue to turn to ‘Trane as if to seek advice from his ever-present spirit when stuck. 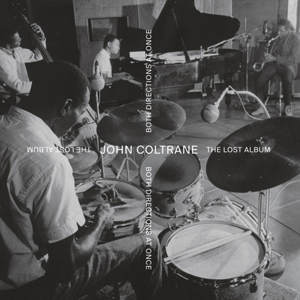 The unstoppable juggernaut of Mr Coltrane and his iconic quartet with McCoy Tyner, Jimmy Garrison and Elvin Jones is now front and centre again with the surprising release of another double album, which eminently appropriate for ‘Trane, is entitled Both Directions at Once – The Lost Album. As lost recordings now recovered and released post-mortem (at any rate) we must listen to it in its proper historical context in order for the full impact of this music to be felt. The so-called Lost Album album comes after two others: the first is a 1957 recording – Thelonious Monk’s quartet album, At Carnegie Hall and the other is the 1966 one with the classic quartet, Live at Temple University. Both Directions at Once slots into the space between those albums. In the first (Thelonious Monk Quartet) album, Mr Coltrane is poised for takeoff into the rarefied realm we spoke about and still playing with the proverbial doffing of the hat to The Grand Master on this date – Thelonious Monk.

On Live at Temple University long in the vanguard of that realm, exploding with the energy of a Black Hole in 1966, Mr Coltrane’s music is already the soundtrack for a journey into interstellar space. On Both Directions at Once he is tethered – as if like a booster rocket, firing on all cylinders chaffing at the bit, so to speak, running a check on the systems that will shortly (this is 1963, remember) propel himself and the rest of the quartet into the infinite blue-black. It is not one that we knew from Live at Temple University but it is a seductive listen nevertheless. Mr Coltrane tests his own playing and that of the quartet as if in a runoff to the main event. We know from Ashley Kahn’s detailed booklet notes that Mr Coltrane was in middle of an unbridled creative spurt. Moreover he was probing the skin of the cocoon for a place for the music that was to come to pierce through. His tone on both tenor and even the higher-register soprano is rich and forthright, perhaps half a stop off from the incendiary one that came after A Love Supreme (1964) and Ascension (1965).

We know exactly what Mr Coltrane means by Bothe Directions at Once the moment he kicks off proceedings on the gnarly composition yet to be titled (so we get “Untitled Original”) It is a compelling one indeed. He uses his considerable technique to immense effect at both ends of the soprano’s register, creating beautiful ideas and then probing and poking them until they deliver what he is looking for. His arpeggios whip and coil; they have logic and continuity; his double-time sprints are parenthetical and light up not only what they interrupt but also those of his colleagues as they explore and interpret what he has just laid down. His long, breathtaking phrases also pause and breathe (especially on “Nature Boy”). No tempo rattles the equity and of his articulation, which has a profoundly singing quality. On other tunes, such as “Vilia” and “Impressions” he is adventuresome and oblique and here he also reveals more of what is meant by Both Directions at Once as his soli become oblique, with inside–out phrases played slower tempos as he taps the hull of the melodies, testing their songfullness; cheering their beauty. Another masterpiece is “Impressions (Take 4)”, a pianoless one, in which Mr Coltrane’s incandescence has been permitted to glow differently when compared to all of the other (quartet) takes. If one may be permitted the guilty pleasure of a favourite that would be “Slow Blues”. It is a dark confection that growls and roars and only glows in the painful howl of a blue flame, in the grand manner of earlier work such as “Africa”, “India” and “Alabama”.

And so to get the full impact of this recording, made more masterful by the legendary Rudy Van Gelder’s invisible touch at the console, one must listen with open ears to music that heralds the John Coltrane that was to come very shortly. He did not know it at the time, of course, which makes the poking and the incessant probing of the music’s skin for a breakthrough by Mr Coltrane all the more poignant.