Home Music Javon Jackson: For You

Among the many important names in Jazz with whom Javon Jackson has been associated two spring immediately to mind: Cedar Walton and the great Elvin Jones. Mr Jackson made the groups of both masters infinitely better because of his eloquent musicianship. A virtuoso tenor saxophonist Mr Jackson has a sinuous elegance and because he often hovers in the middle and lower registers of his horn he brings a silken gravitas to his voice. Few saxophonists – not only tenor saxophonists – display the kind of melodicism and raw power that Mr Jackson does. Moreover when he is in full flow – which is throughout this album For You – he puts all of his sublime Jazz musicianship on display connecting him with the greatest tenor saxophonists of the past – Dexter Gordon, Sonny Rollins, John Coltrane, Pharoah Sanders, (the) Albert Ayler (of Goin’ Home), Archie Shepp and Wayne Shorter… 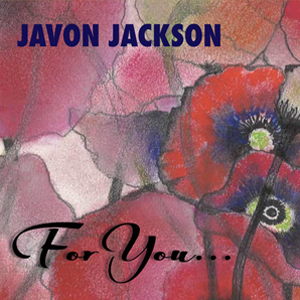 The repertoire on this album reflects the respect and gratitude which Mr Jackson has for his lineage – his biological family and his musical family – with music that is patently dedicatory. He takes a bold and refreshingly unabashed step here by playing music “in the tradition” – one hesitates to use the word “mainstream” because that word comes with a certain “stodginess” attached. Rather this music pays its respects to The Ancestors in much the same manner in which Anthony Braxton sometimes (but not too often these days) does. Every piece is played with by Mr Jackson with a kind of languid ease, each melodic variation following the other, quite inexorably, his sumptuous tenor sound brilliantly caught on record by Tom Tedesco. There’s an unhurried quality to his approach, a lived-in character to his phrase-making that is engaging and reflects – at times – the brimstone and fire of youth as well as – at other times – a lived-in character that comes from his well-honed values and experiences with the aforementioned (among other) masters.

Mr Jackson is joined here by a trio of musicians who are completely attuned to his vision and artistry and they reflect a combination of youth and wizened experience. Bassist David Williams – another celebrated alumnus of Cedar Walton’s band delivers a hugely powerful performance. Drummer McClenty Hunter shows through his percussion supremacy and elegance why he is all the rage these days and Jeremy Manasia delivers a sterling performance with his masterful pianism comprised of vivid boppish clusters and rolling modal runs and arpeggios. Together the musicians tackle this repertoire featuring beautifully-crafted originals from Mr Jackson’s pen in an eminently memorable manner. They range in beguiling variety and sensuousness in every lovingly-crafted phrase from “My Man Hubbard” and “Mr Sanders”, to standards such as “I’m Old Fashioned” with its delicious trio introduction, “Backstage Sally” – an older Wayne Shorter classic, two great works by Cedar Walton: “Simple Pleasure” and “Holy Land” and a beautiful piece – “Native Son” – from David Williams.

Listening to the way in which Mr Jackson seductively bends the notes in the opening song, and how he sculpts the long, sustained invention of his elegiac “Lelia”, it’s clear that there’s not a single semi-quaver hasn’t been fastidiously considered as, with his singular mellifluous timbre Mr Jackson negotiates the music on this memorable recording.