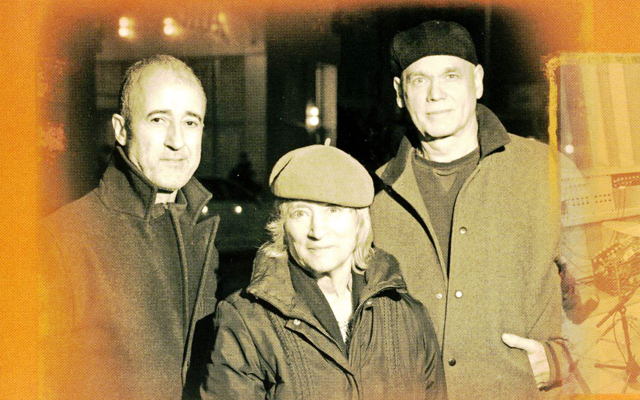 Early Americans is the sixteenth celebration of the byways of soprano saxophone literature by Jane Ira Bloom, a musician who has done much for the straight horn, encouraging a legion of younger saxophonists in the process. Each of the twelve pieces (the thirteenth is Leonard Bernstein’s) has emerged as stylistically unique and uniquely enthralling too. Each finds Jane Ira Bloom, as well as Mark Helias and Bobby Previte relishing every twist and turn of the music with legendary discipline and authority. Appropriately, saxophonist, bassist and drummer have been provided with much space to encourage each other as they trace the dramatic trajectory of melody seemingly from darkness to light. 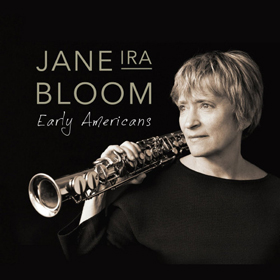 Obsessive perfectionist that she is Jane Ira Bloom sometimes lets her proverbial hair down as correctness makes way for emotion, but never at the expense of rhythm. However, much as tempo and cadence is important so is the cultivated enunciation of notes. This takes many forms from fascinating glissandos to sharply flung blue notes played as if she were throwing a lance far into the future. Bloom’s highly animated visual playing is most impressive and characteristically vivid. She traps you ear with each note as it slides off a virtual canvas like wet paint never seeming to settle in one place, running vertiginously as if it were created by a magical breath. Her composition for the legendary Canadian composer and trumpeter Kenny Wheeler describes this feeling most beautifully with the whirling and twirling lines of melody seemingly suspended in the spiralling air around them.

Through the drama of all of this Bloom nudges Helias and Previte into the motoric momentum of her improvisations perfectly. She primarily sets her sights upon connecting the melodic dots that leap from one register to the next, while her attention to dynamic hairpins of the music’s tempi reveals a tuneful subtext that’s not often perceived. Her ‘Cornets of Paradise’ bristles with wit and light-fingered transparency and her take on Leonard Bernstein’s plaintive ‘Somewhere’ is absolutely pure and intensely beautiful. This is an altogether transcendent performance from a musician who will never be bound by time and space.