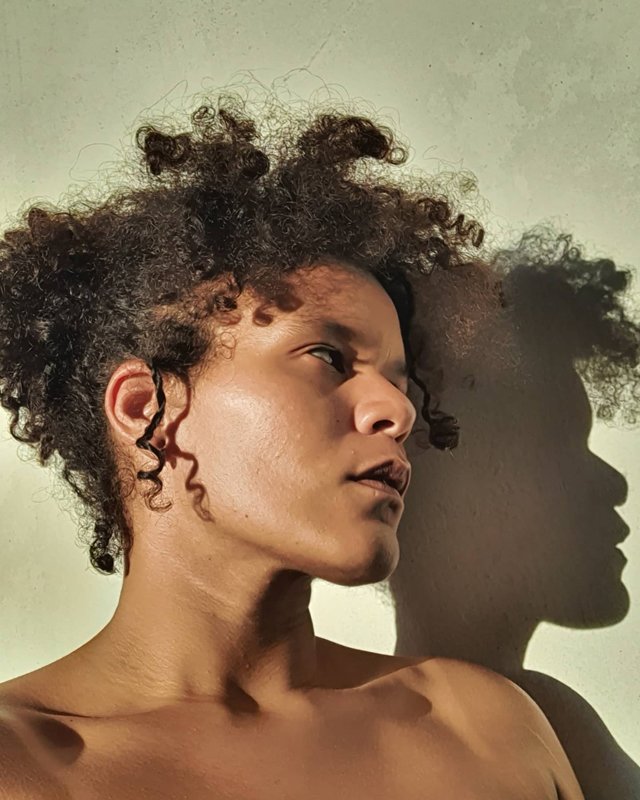 We all know that the so-called big media is deemed to be beyond reproach. Moreover these “giants” are also leading an internecine war-room to prevent small media [including some social media] that is beginning to steal its thunder. But we also know that without localised “small” [and social] media you might never have got to listen to a Brasilian artist such as Jadsa. Why her great forebear – the late Itamar Assumpção, once one of the biggest names and contributors in the “Vanguarda Paulista”, an alternative scene that dominated São Paulo in the very late 70s and the first half of the 80s‎, might himself never risen to eminence if it wasn’t for Brasilian musicians, music aficionados and other people “in the know” or with a finger on the pulse of music-ground-zero in Brasil. 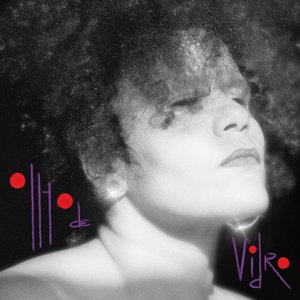 While the “Vanguarda Paulista” may not be “a thing” anymore, the musical feeling – with all of its visceral, existential angst lives on and Jadsa Castro’s music – which this 2020 release Olho de Vidra confirms – is making heads turn and ears burn through radio waves, on stage and on TV screens. First Brasil… and then [one hopes], the rest of the world as well, for Jadsa [as she is now known]. The truth is that “Vanguarda Paulista” although was a full-frontal assault on the artistic sensibilities of [even] Brasilian listeners its popularity has suffered even in São Paulo thanks to very little support from frontline media. Moreover, to many “respected” and “celebrated” Brasilian expats in North America wearing their country’s “Bossa” badges with impunity may have also contributed to marginalising the many-splendoured underbelly of Brasilian art that has been aflame in Brasil for decades and why artists from Itamar Assumpção to Jadsa are hardly known outside São Paulo.

Like Itamar Assumpção before her, the ethos of the African slave diaspora burns like a blue flame in the art of Jadsa. It is a rich and volcanic mélange of Bahian axé and pagode with an instinctive and full-frontal assault of rock rhythms. In Jadsa’s compositions on Olha de Vidra the raw street poetry of her lyrics [as in “Mergulho”, for instance] are sprinkled into the harmonically and rhythmically bubbling music. The roar of resistance ripples through her uniquely Bahian free-styling, which also create associations that also happen to have universal associations. Emotions are often raw [she sings: “…Tô meio azeda, meio down/Tomei um baque/Ri/ já chorei…” in the song “Já Ri”] and often visceral [as she sings: “…De tanto gastar atenção/Respirei (eu fundo)/Me sentindo gente/Com um troço meio estranho/Dentro Fervendo/Passava por lá/Marrom-vermelho-ruge/Sangue…” in “Olha de Vidra”]. Meanwhile, everywhere else songs – many masked by playful execution – almost always come from a very deep place; each of them [on the album expertly co-produced by João Meirelles] is also interpreted by a group of musicians who have also interiorised the music’s emotions.

Jadsa’s music will surely resurrect the crenulated angst of the “Vanguarda Paulista”, something that will surely find favour in greater Brasil, especially with the ascendance of a kind of poisonous neo-Fascist liberalism in the current Brasilian body-politic. Her raw edge is tempered by a poetic, emotional and lyrical musicality will certainly find favour among the younger listeners as it surely also will among Brasilian aficionados brought up on the likes of Itamar Assumpção as well as the likes of Tom Zé and Carlinhos Brown, as well as North Americans [and others] brought up on a staple diet of Vinx, The Last Poets and Gil Scott-Heron, among others who bucked every proverbial trend in music.