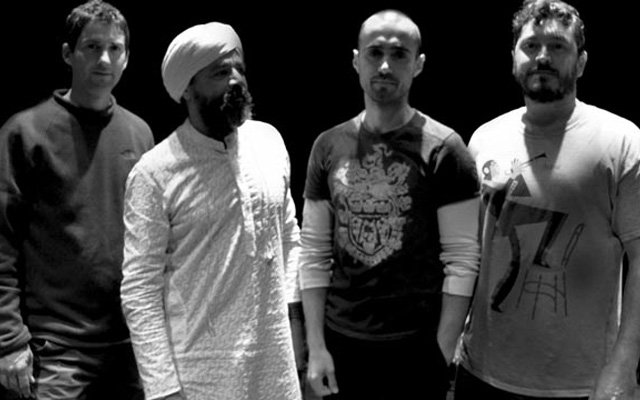 Have the wonders of Hristo Vitchev’s musicianship escaped critical analysis? Guilty as charged. Vitchev’s extraordinary facility with melody makes his writing almost ‘vocal’. But there is another facet of his playing that is a matter of wonder: his ability to paint pictures almost all of which remind one of the impressionists. As a matter of interest he also paints pictures that become the covers of his albums, but his work on the guitar is much more vivid than what he commits to canvas. There is also an infectious optimism in his playing, the joys of which are there to discover every time he commits notes to the staves. This is an uncommon trait among guitarists, who – as George Harrison once said – play while their guitars gently weep. 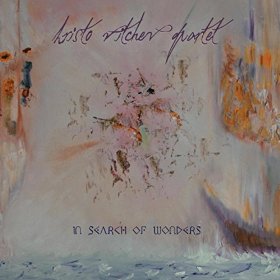 It is a matter of surprise that Hristo Vitchev’s music sounds triumphant. Perhaps his Bulgarian background has something to do with it. I once heard another phenomenal Bulgarian group, Acoustic Version, play music with an infectious joy attached to its melodies, all the while shattering the term ‘innovation’ melodically, harmonically and rhythmically. Vitchev’s music reminds me very much of that duo. However, there is also this: Vitchev is a master of the creative musical statement and every phrase and line that he plays reeks of innovation. His notes are slender and he casts them in melodies that arch and curve like wonderful and timeless architecture. His lines lope and gambol in dramatic parabolas as they shape the songs he makes so memorable.

In Search of Wonders is ever so appropriately titled. The music gasps and is quite breathless as it appears to surprise even the musicians for whom it seems like a constant viewing of Vitchev’s world with the immensity of the child’s eye. You will not be able to get enough of both CD 1 and CD 2. It is not possible to name any one song that stands out among the rest on each CD. They are all of a kind, unfolding with so much beautiful décor, enveloping the Hristo Vitchev Quartet ever so wondrously. If I may indulge myself for just a moment, I would say that the Almost Home suite on CD 1 and As The Full Moon Shines on CD 2 left me quite breathless.

It bears mention that Vitchev is twice blessed by the presence of pianist Weber Iago (it will take me some time to get used to his Indian – Sikh – name, so bear with me, Mr Iago). The pianist’s role in music direction is priceless and his pianism resides in quite another realm. He is something of an anomaly in the world of Brasilian music, which has been endowed by so many ingenious guitarists that you are in a constant state of wonder about the phenomenon. Iago is a melodic miracle. His voice is as unique as his musicianship and you hear this at every turn in this music. The rhythmists – Dan Robbins and Mike Shannon are wonderful too and they complete the circle of the Hristo Vitchev Quartet. Together they have indeed found the ‘wonders’ that the music seeks.

Referred to by the media as one of the newest and most innovative voices in modern jazz guitar, Hristo’s music has been captivating audiences across the globe. At only age 35 he has released 7 critically-acclaimed albums as leader plus 4 more releases as a co-leader. Read more…