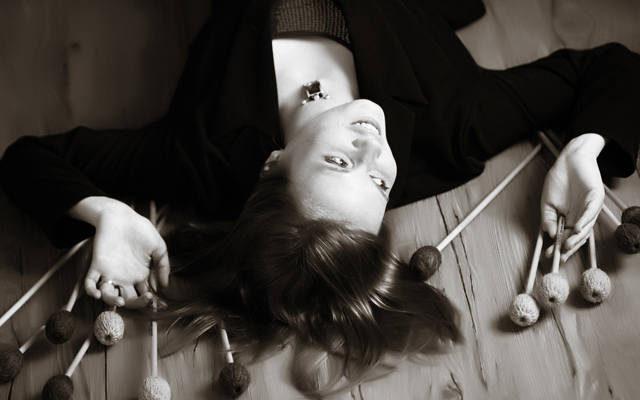 Beguiled ought to be recognised as one of this years’ (2016) most perfect discs. It celebrates the marimba in every way with savagely daunting repertoire specially composed for and played by the percussionist Gwendolyn Dease, an incomparable artists whose energy and enthusiasm are abundantly complemented by poetic subtelty and finesse. If she hasn’t done so already, Dease seems set to make a stir as a musician with enormous character – still some ways shy of the international acclaim of Evelyn Glennie, no doubt, but eloquent in a very personal manner nevertheless. 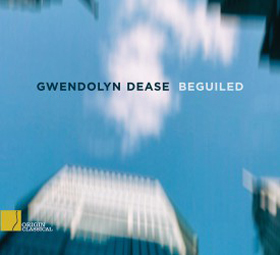 Gwendolyn Dease’s way with the music on this album is truly remarkable especially as it might seem that each of the composers has written to challenge her technical abilities. And she, in turn, has responded to the test by dominating each work with interpretations that will forevermore be regarded as benchmark performances. The diverse nature of the music – from an elemental 12-bar blues to others dominated by the most alluring counterpoint – would put a huge load on the flexibility of any performer and Gwendolyn Dease responds with an appropriately chameleonic performance. Her way with the opening ‘Beija-Flor’ with a lightness of touch that belies its treacherous pages, to reflect perfectly not only the Brasilian perception of the bird after which the piece has been named, but also the richness and fullness in the music that cries out for an ultimate opulence. ‘G.W.G.E’ is a splendid duet with bassist Linda Oh – herself a stunning instrumentalist – and is characterised by extravagant dynamics ranging from almost quadruple piano to almost quadruple forte.

The two ‘Duet…’ pieces are with trombonists – one with Marshall Gilkes and the other with Dease’s husband, Michael – and in each of them Gwendolyn Dease plays with the virtuoso panache that must have been in the composer’s mind. The anthemic virtues of ‘The Beacon Shines Bright’ are approached with mesmeric meditation by Dease, who displays not only impeccable technique and musicianship but also truly extraordinary novelty in the sense that emotion – often raging emotion – is reflected with a subtlety that is as haunting and evocative as you would wish. ‘Beguiled’, after which this album has been named, is every bit as tricky as its name suggests. And yet how often have you heard a young percussionist play a gossamer web-like piece with such delicacy and opalescent colourations? How remarkable, too, to hear every molten note of ‘Porkchop’s Blues’ played with such luminous and limpid sense of texture that allows for every melodic strand to stand out from the engulfing surround of Rodney Whitaker’s bass and Michael Dease’s trombone.

Each piece of music is as unique as the character of the composers who have offered t hem up for review by Gwendolyn Dease. For her part, the percussionist brings her own unifying vision to the diverse repertoire breathing life and poise into every one of the compositions with the powerful feeling of a great pageant unfolding.