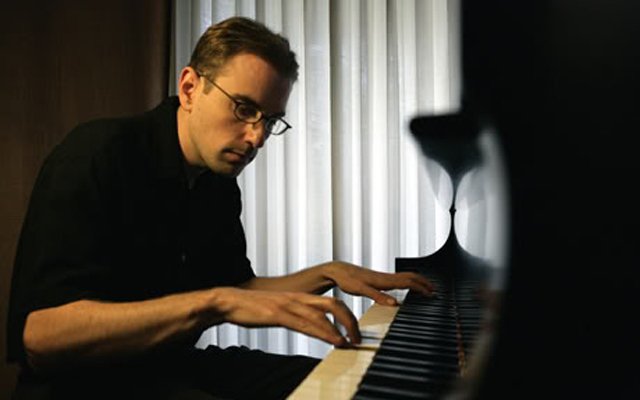 There is a fluidity and pianissimo – where it matters most – to the pianism of Greg Reitan that makes listening to his work quite breathtaking. The quality of his playing on West 60th, his 2019 recording, Is altogether exceptional. Mr Reitan takes nothing for granted in music. And neither should we in listening to him. So be warned right from the very gates, if you know how your Hindemith goes, or how your modal Jazz goes, or how anything else in music goes, then this almost certainly isn’t for you. Not that he does anything wildly idiosyncratic, à la Elew, for instance. At the same time, mercifully, Mr Reitan shows no sign of being a budding piano prophet. Rather, he plainly understands that every performance is just one possibility, and he offers a very enticing opportunity to open our minds, especially in works played almost always “inside the tradition”. 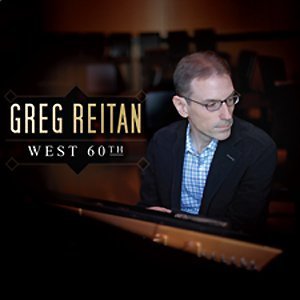 Take Bobby Hutcherson’s eloquent “When You Are Near”, for instance; or Aaron Copeland’s “Four Piano Blues” (of which Mr Reitan plays movement no. 3) and on Herbie Hancock’s “Little One”; in both pieces – and in any of Mr Reitan’s own compositions (exquisite ballads like “West 60th” for example) there is a magnificent sense of an abundance of revelations. Everywhere, as here, there is no feeling of rush, but everything is played with apparently effortless distinction between the many filigree lines and the music’s aristocratic elegance. And especially in his compositions, Mr Reitan takes us to another world. It’s full of glinting lights, mysterious depths, expectation, hopes, doubts and joys, like the light and shadows of a quasi-Mendelssohnian scherzo glimpsed by moonlight in a forest. In sheer colour and variety, the depth of characterisation and the exceptional refinement of his pianism, Mr Reitan a power and elegance to his music that no amount of “bigness” (the usual route taken by pianists) can achieve

Mr Reitan is also a master of mood and atmosphere and displays on “Luminosity” (for instance) the ability to coordinate colour and structure to a very rare degree. And the variety and stylishness of the rest of his enterprising programme is matched by the performances throughout. Somehow, Mr Reitan brings effortless Chopinesque urbanity and lyricism to all of the material we hear here. All of this is as seductive as it is persuasive and an object lesson in the essence of style. Waltzes, ballads and other slower material are all played with buoyant, aristocratic grace and psychological ambiguity and his pianism is almost insolently effortless in everything he plays, bringing debonair virtuosity, swagger and sassy swing when it comes to the faster-paced work. Long-time bassist Jack Daro and percussion colourist Dean Koba are also magnificent throughout showing that they are fully attuned to Mr Reitan’s vision and artistry. All in all a world of piano style evoked as few could even hope to try.