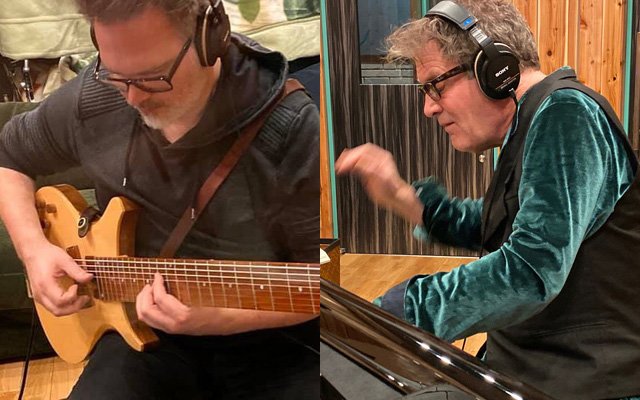 It is indeed remarkable that so much contemporary (21st century) music in Europe and North America owes much to the 19th century Impressionism Movement – not only to the music of composers such as Debussy, Ravel and Satie or others – but perhaps more so to painters such as Claude Monet, Eugène Delacroix and J. M. W. Turner. This not meant as a suggestion that the contemporary music in question is backward, rather than forward-looking; rather that it suggests a kind of multi-media sensibility. This music by Gary Husband and Markus Reuter, for instance, suggests that it has arisen from a perception that is as much visual as it is aural. Melodies and harmonies have been superseded by colour, texture and tone, which do give rise to compositions that work almost as if they are actually aural canvases. 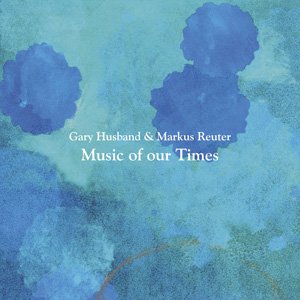 Mr Husband and Mr Reuter take turn applying colour and moulding tones and textures on the canvases as they come to life one after another. The idea of the canvas seems to give wings to the ideas, themes and their execution of this music. In time these aural canvases morph from emptiness to striking visuals tempered by emotions and states of being. In the saturation of its colours that suggest tearful sadness and the dark and brooding density of tones and textures of the grand Fazioli piano that seem painted over the palette of electronics and guitars both Mr Husband and Mr Reuter create a poetic, mourning – even funerary – work entitled “Colours of Sorrow”. How appropriately, and particularly emotive, is this music.

While foreboding and tearful themes are prevalent in the music of “Music of our Times” and “Veiled Voices” and “White Horses” dedicated to the guitarist Allan Holdsworth has a sense of wistfully longing, the music might also suggest hopefulness. This is eminently suggested on such pieces as “Across the Azure Blue” and “Illuminated Heart”. It’s hardly surprising that such bitter-sweetness abounds. After all we do live – especially in the Western World dominated by rightist thinking eminently manifested in the official polemical view on the environment, war and migration.

Artists such as Mr Husband and Mr Reuter would not be alone in the longing to “see”, for instance, an “Azure Blue” when in fact the prospect is more like a foreboding grey. Still artists, like all of us, live in a hopeful world and this is not only the aural or sonic message of much of the music we hear, but in this music as well. This is what the musical canvas “Illuminated Heart” seems to suggest and it is both poignant and telling that this music ends on that note.

It is also worth noting – and heartening – that Leonardo Pavkovic of MoonJune Records, who is responsible for the music seeing the light of day, turned all of this from a recording to a living, breathing CD in record time – less than a month and a half, by my calculation.