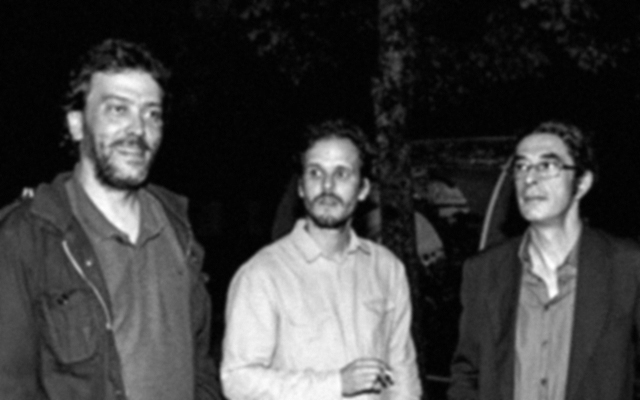 Relocating through-composed music to the landscape of a more freedom-loving form can have dramatic results. This has not been the case lately with a plethora of attempts to re-arrange the music of the Beatles, for instance. However, the Portuguese trio Espécie De Trio have done a remarkable job of just this, not only of Beatles music but also of the music of David Bowie, Pink Floyd, U2, Tom Waits, and Jim Morrison – among others, most notably Chico Buarque and José Afonso. The disc in question, 2016’s Por Outras Palavras better translated as ‘In Other Words’ is superb. 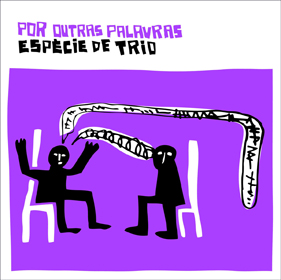 The music celebrates and far transcends the tradition of re-engineering ‘Latin-ising’ the originals, for instance, or ‘funking’ them up. These new versions are wonderful airy with new introductions, new twists and turns on the melodies, harmonies that bring more variegated colours to the pieces so that each has a new rasp and bite. These are arrangements that take a cue from painters like Pablo Picasso and the tessellations of the graphic artist, Maurits Escher, all of which sometimes renders the music unrecognisable, but always enthralling because of the wealth of ideas that seem to flow through each of the musicians. As one also expect, the music is unfailingly elegant, urbane and enjoyable. This is especially vivid in the performance of ‘Eleanor Rigby,’ which, as we know, the Beatles performed with just strings. Chico Buarque’s medley ‘Construção/Deus Lhe Pague’ is also brimful of invention.

Each of the ten songs performed here by Hugo Raro, Filipe Teixeira and António Torres Pinto reveal craftsmanship of the highest order. Virtuosity has been lavished on piano, bass and drums and together they strike a perfect balance between chamber-music refinement and rustic earthiness. Again, Hugo the musicians balance polish, poetry and sheer visceral excitement. Tempi are aptly chosen especially in the case of the two Beatles tracks and in The Doors’ ‘Waiting for the Sun’. But the crowning glory comes in the form of the Chico Buarque music which is enjoyable for all its fascinating textural and tonal shades. You’re going to want to hear much more from these fascinating musicians who punch well above their weight. A truly beautiful musical experience